Most of the 2016 presidential candidates have at least one super PAC supporting them. And while almost all of those super PACs have raised the majority of their money from a small group of big contributors, there are still some differences among the donor bases. 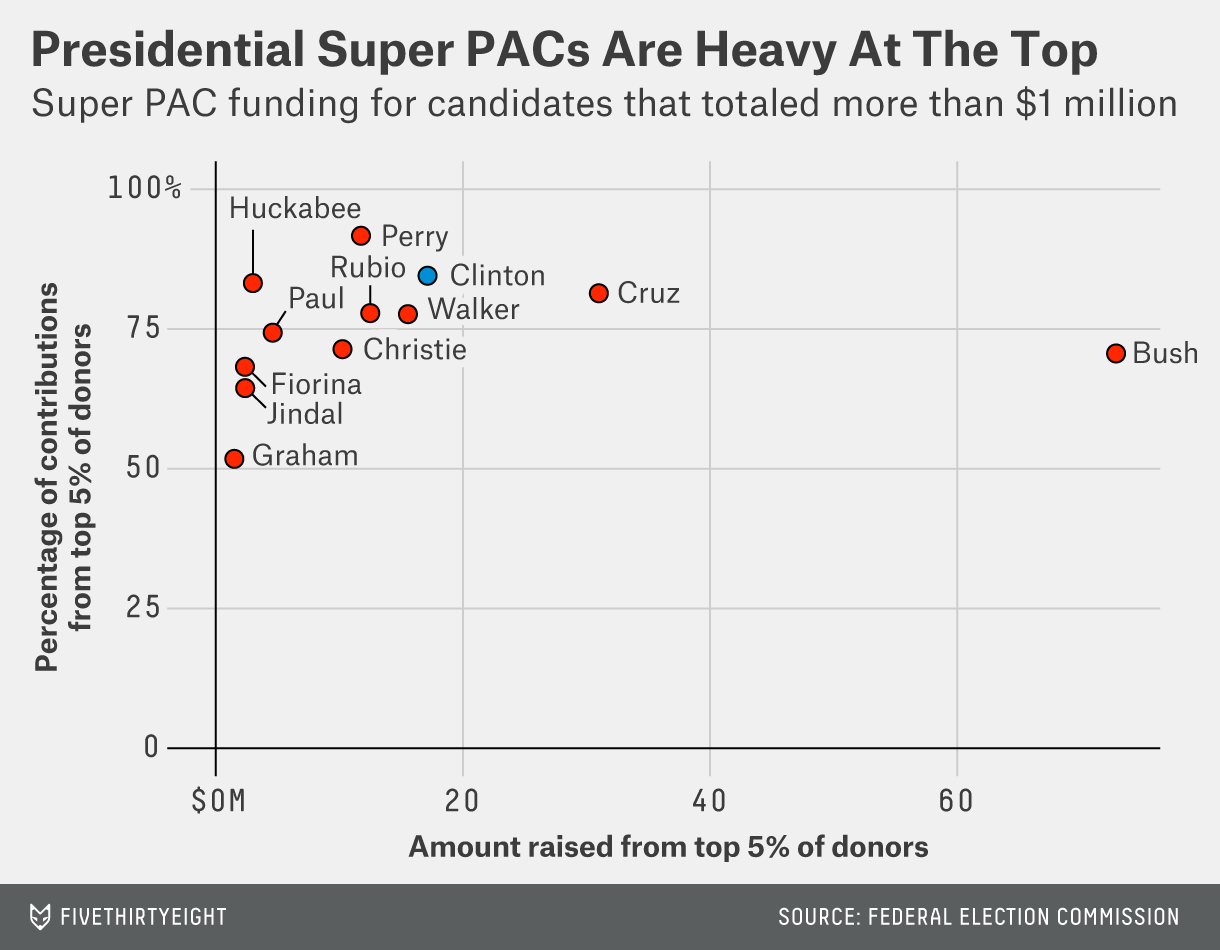 The 5 percent of donors who gave the most money to these super PACs account for more than 50 percent of the money raised to support each candidate.1 In most cases, the number of donors in the top 5 percent is exceedingly small.2

Former Florida Gov. Jeb Bush, on the other hand, saw the super PAC that’s supporting him, Right to Rise, raise $103 million, from nearly 4,000 donors. By relying on a bigger donor pool, Right to Rise, in addition to having more money, may be in a better position if some of its large donors don’t continue to send in checks.

Aaron Bycoffe is a computational journalist for FiveThirtyEight. @bycoffe