A few days ago, a potentially troubling report for Republicans came out: Fewer Americans were identifying as “conservative” than at any point in the past five years. According to polling conducted this year by NBC News and The Wall Street Journal, just 33 percent of voters called themselves conservative. That’s down from 37 percent last year and 39 percent in 2010. Given that this is usually a fairly stable measure, Republican pollster Bill McInturff was worried.

Still, I’m not ready to declare this a trend; data from the Kaiser Family Foundation suggests that the NBC News/Wall Street Journal survey may be an outlier. Every month or two, the foundation sponsors a survey that asks Americans about the health-care system. At the end of these surveys, people are asked whether they identify as liberal, conservative or moderate. To my knowledge, the Kaiser poll is the only survey besides the NBC News/Wall Street Journal poll to regularly ask and release data about ideological self-identification. I have averaged all the Kaiser foundation surveys in each year going back to 2007. For 2015, there are more than 4,500 respondents. 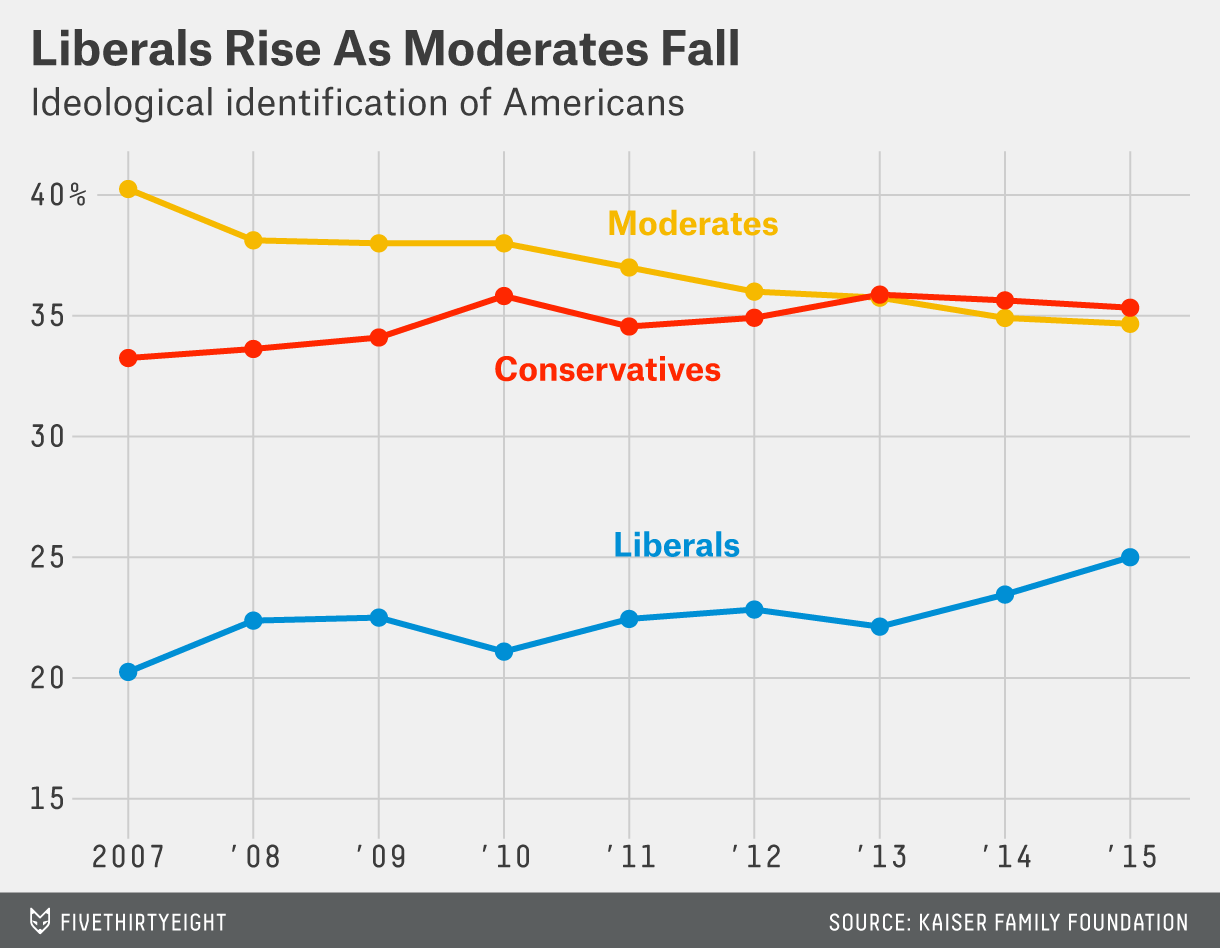 There’s no sign of much of a change in the percentage of self-identified conservatives since the George W. Bush administration. In Kaiser’s 2015 surveys, 35.3 percent of respondents identified as conservative. That’s about the same as the 34.7 percent average from 2007 to 2014.

The Kaiser poll does show that more people identified as liberal this year than in any other year since 2007. The NBC News/Wall Street Journal poll found the same thing. In the Kaiser data, this seems to continue a trend from 2014, which also found a higher percentage of liberals than in previous years.

How are liberals rising without conservatives falling? Liberals seem to be taking over for moderates. In both 2014 and 2015, less than 35 percent of Americans identified as moderates in the Kaiser data, compared with 38 percent or higher from 2007 to 2010.

The Kaiser data tracks fairly well with what Gallup has shown from 1992 to 2014. When looking at self-identified ideology overall,1 Gallup hasn’t found any decline in the percentage of conservatives2 while showing moderates at an all-time low and liberals at an all-time high. 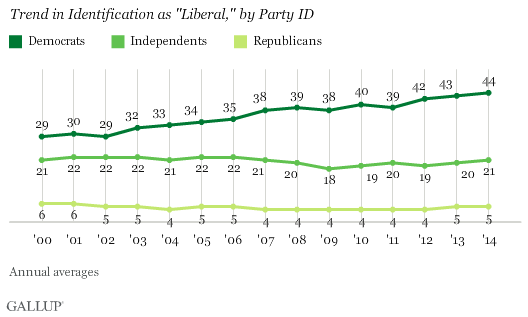 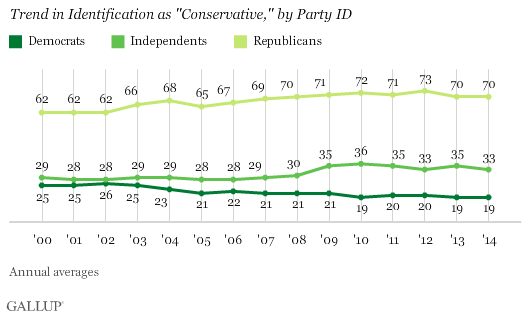