Mass shootings: Responding to news of another mass shooting this week, Christopher Ingraham visualized one year of data on U.S. gun deaths. In 2013, the most recent year with complete data, there were 30,000. [The Washington Post]

Where are people most likely to need a working smoke alarm?: A company called Enigma undertook this massive project to map out which neighborhood blocks in the U.S. are least likely to have proper safeguards in case of a fire. Using a detailed model (which they claim has 62 percent accuracy), the initial findings suggest that race, the age of a house, poverty and education level affect the likelihood that a household will have a working smoke alarm. [Enigma, h/t Nathan Yau] 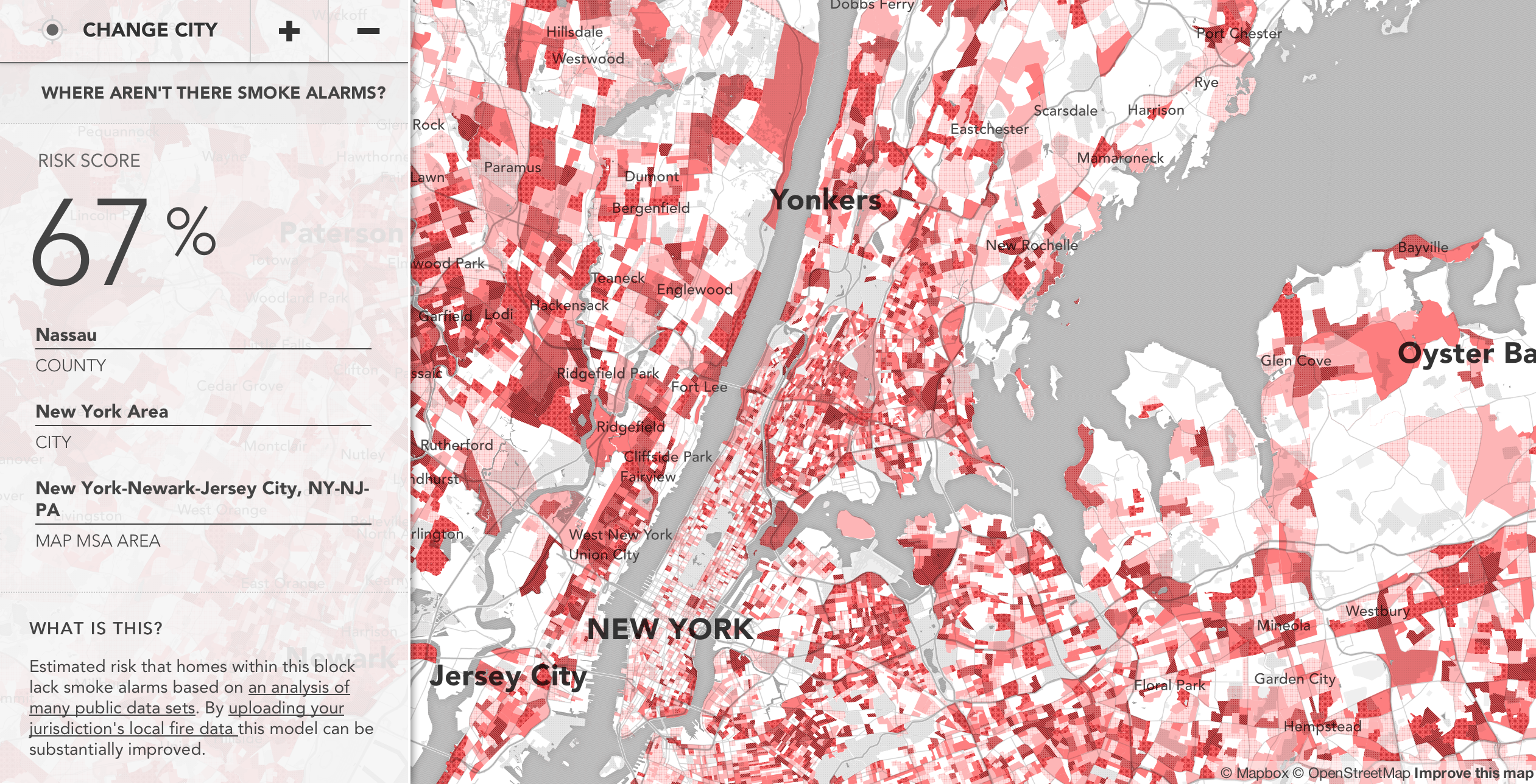 How to make 2 percent look huge: A chart used by Rep. Jason Chaffetz during hearings over whether to defund Planned Parenthood conveniently neglected to include a y-axis. So Kevin Drum kindly corrected the chart for Chaffetz. [Mother Jones] 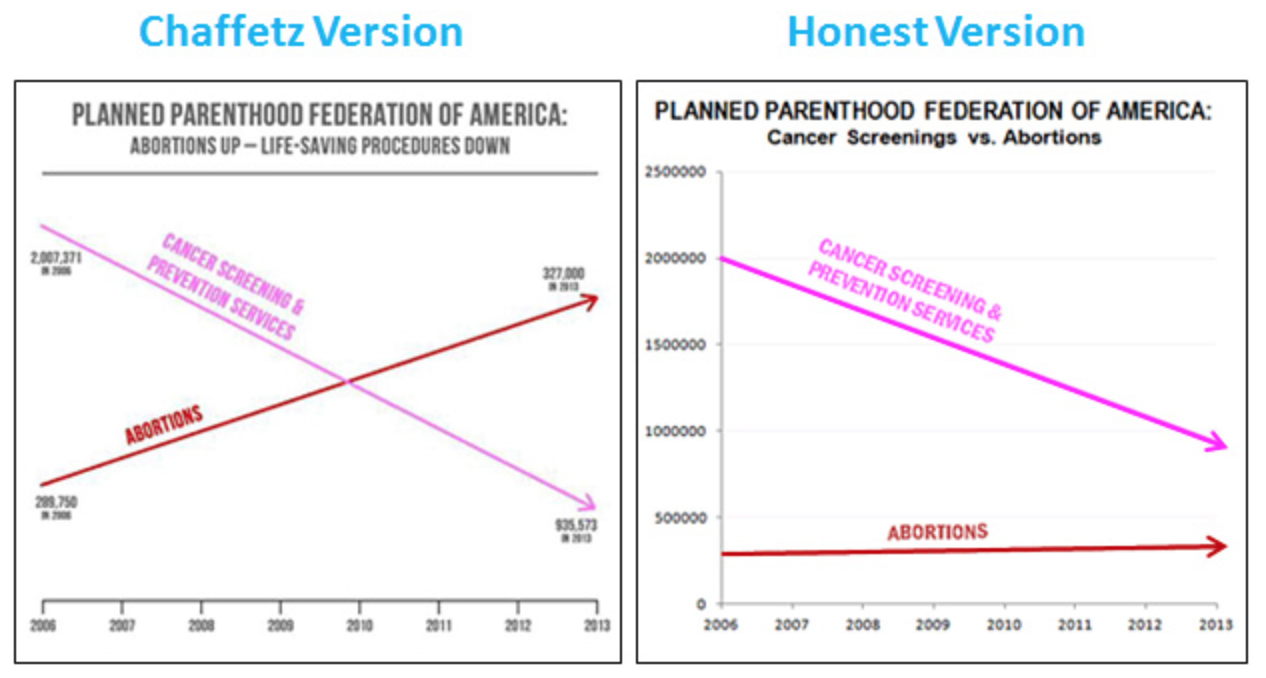 The victims of traffic fatalities: Although roads in the U.S. have generally become safer since the 1990s, not everyone has benefited. New research suggests that for people 25 and older with less than a high school diploma, fatality rates from motor vehicle accidents have risen. [The Washington Post] 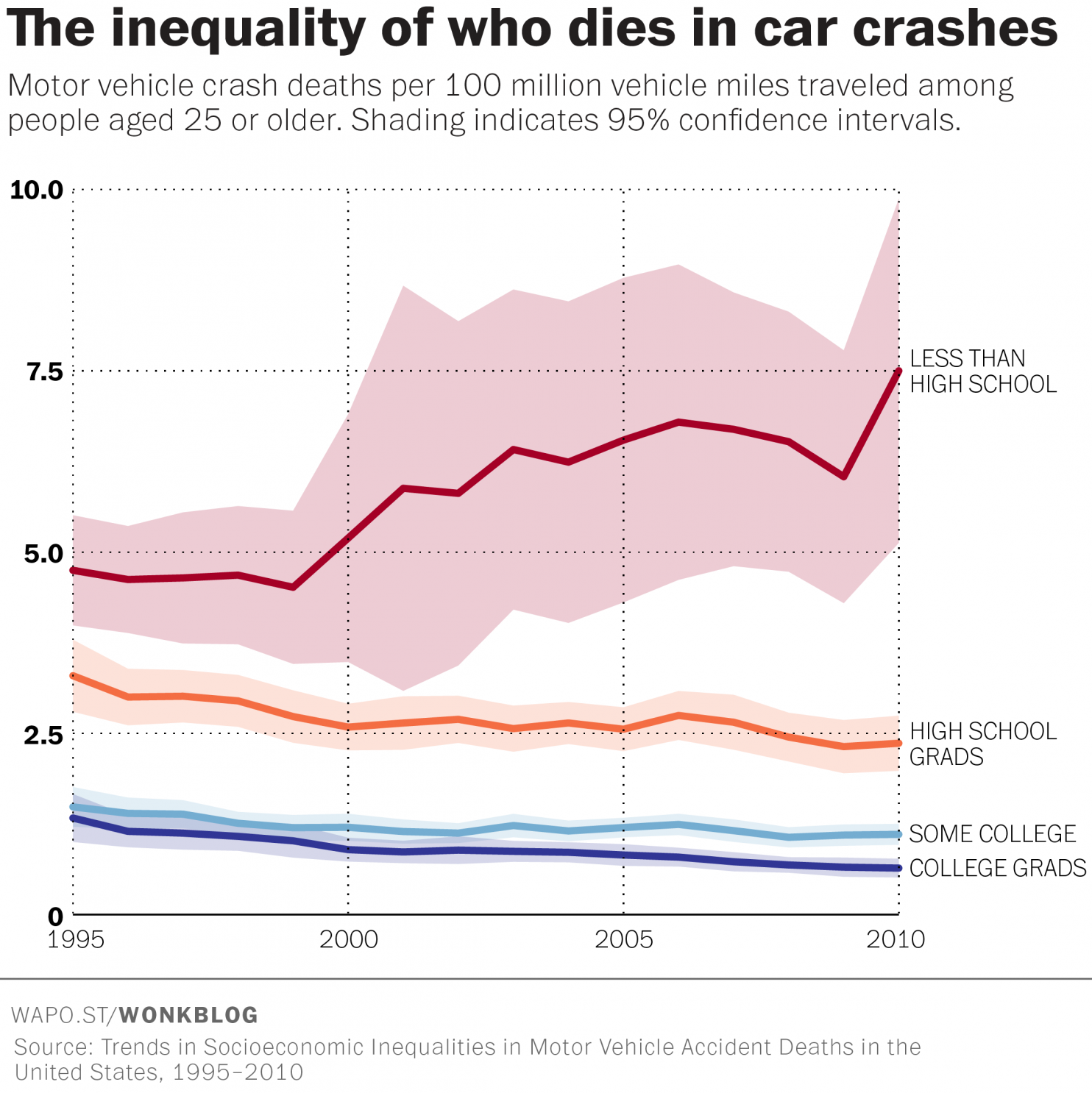 Smart but not too smart: The latest tranche of data released from the dating site OKCupid reveals that women seem to downplay their professional success when attempting to find a partner. Men do quite the reverse. [The Atlantic] 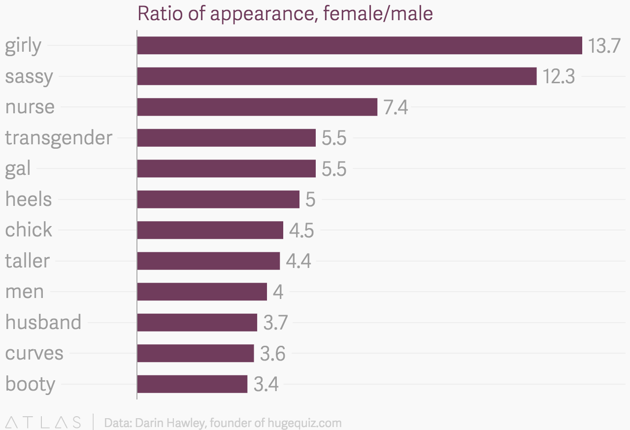