Where union membership has fallen fastest: It’s common knowledge that workers in the United States are now far less likely to belong to a union, but in this interactive graphic, Quoctrung Bui maps the speed of that decline over the past 50 years. [NPR] 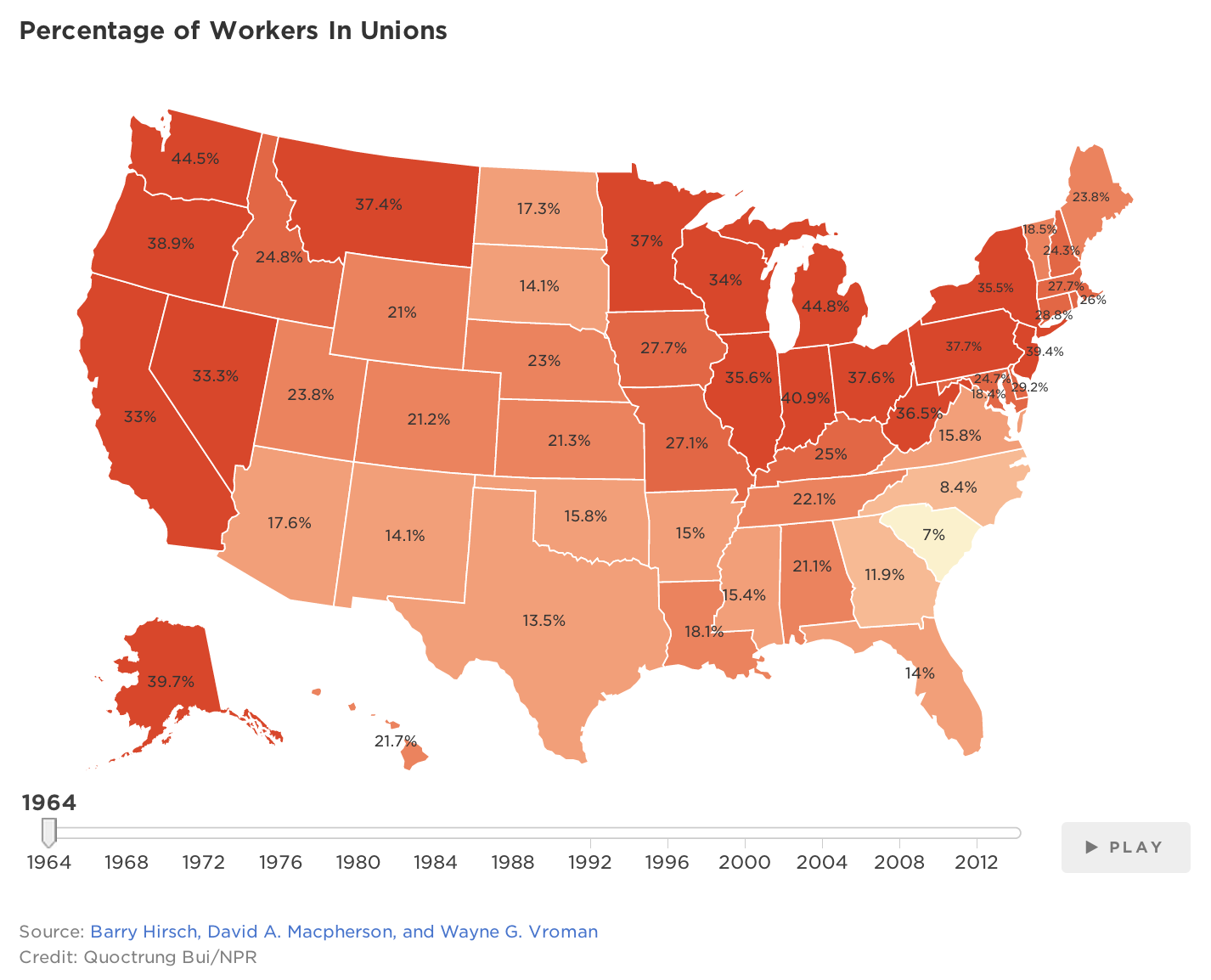 How to spot the cheater in the classroom: Imagine you’re a biology professor who notices your students acting strangely while taking their midterm exams. You suspect cheating, but you need to be a little more certain before you make any accusations. When Jonathan Dushoff, a professor at McMaster University in Canada, found himself in this predicament, he used data to help. Dushoff paired up 200 students’ answers on a multiple-choice biology test (which gave him about 18,000 pairs) and plotted out the identical right and wrong answers. The diagonal line on the diagram indicates where two completely identical tests would fall — apparently kids today aren’t too blatant about copying because no pair fell on that line. But Dushoff did notice four outlying pairs of students with strikingly similar answers. When he checked those names against the seating plan, he found that the students in each of the four pairs had been sitting adjacent to one another. [Jonathan Dushoff, h/t Nathan Yau] 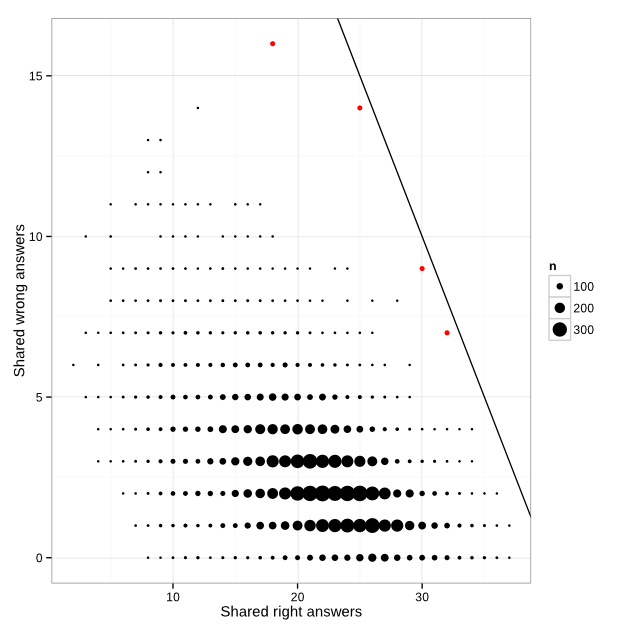 CPAC predictions: The annual Conservative Political Action Conference ended Saturday with a straw poll. Dante Chinni was interested in how useful those poll numbers are in gauging where GOP voters stand. He studied past polling data and found that CPAC attendees are unusually young, which may affect just how reliable a predictor they are of the primaries. [The Wall Street Journal]

How much Joey owed Chandler: In Season 8, Episode 22 of the sitcom “Friends,” Joey tries to work out how much money he owes his pal Chandler — before realizing it’s a big number, blushing and changing the subject. But one Reddit user, ASmileThatKills, decided to actually do the math and (after taking into account acting lessons, dancing lessons, sessions with a voice coach, rent, food and utilities) reached the grand total of $114,260. It’s only an estimate, but still, it’s no wonder Joey loved Chandler. [Reddit, h/t Buzzfeed]

NYC speed cameras: City officials refuse to say where they’ve placed New York City’s controversial speed cameras, so WNYC tried to use ticketing data to figure it out. By mapping when and where almost half a million speeding tickets were issued in 2014, the journalists were able to find some real outliers. Like the camera located on Shore Parkway near West Avenue that had issued 55,719 tickets over 90 active days, racking up no less than $2.8 million in fines. But the radio station’s reporters also noticed that compared with the previous year, vehicle crashes near cameras had declined by 3.9 percent, and crashes with injuries near cameras fell by 13.4 percent. [WNYC] 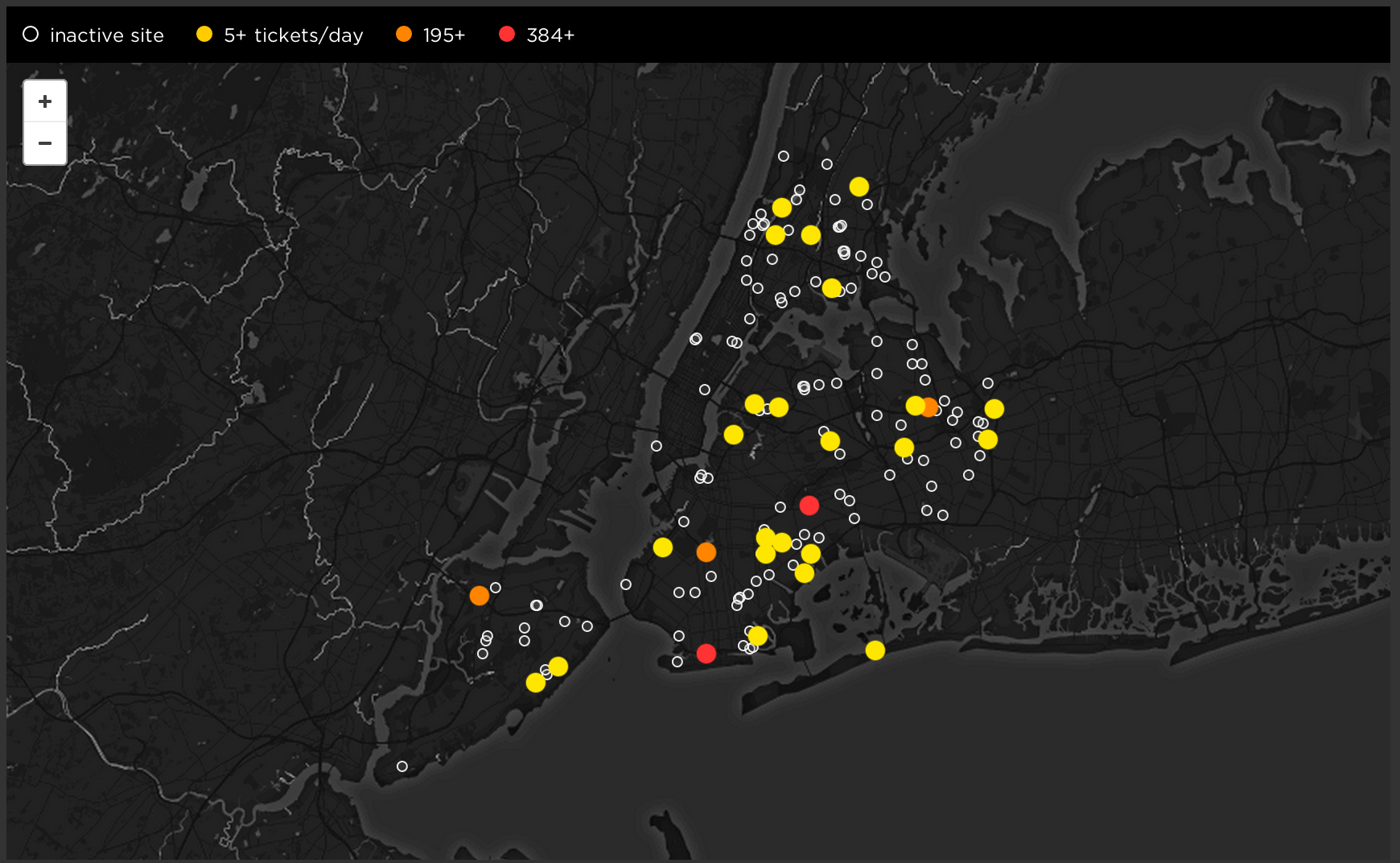 Red states’ reliance on federal money: New research from the Pew Charitable Trusts shows that in the 2013 fiscal year, federal money accounted for about a third of state revenues. Niraj Chokshi wanted to see how that varied across the country and whether there was any pattern distinguishing red and blue states. There was. Chokshi found that “the seven states most reliant on federal dollars for revenue all voted for (Mitt) Romney in 2012.” [The Washington Post] 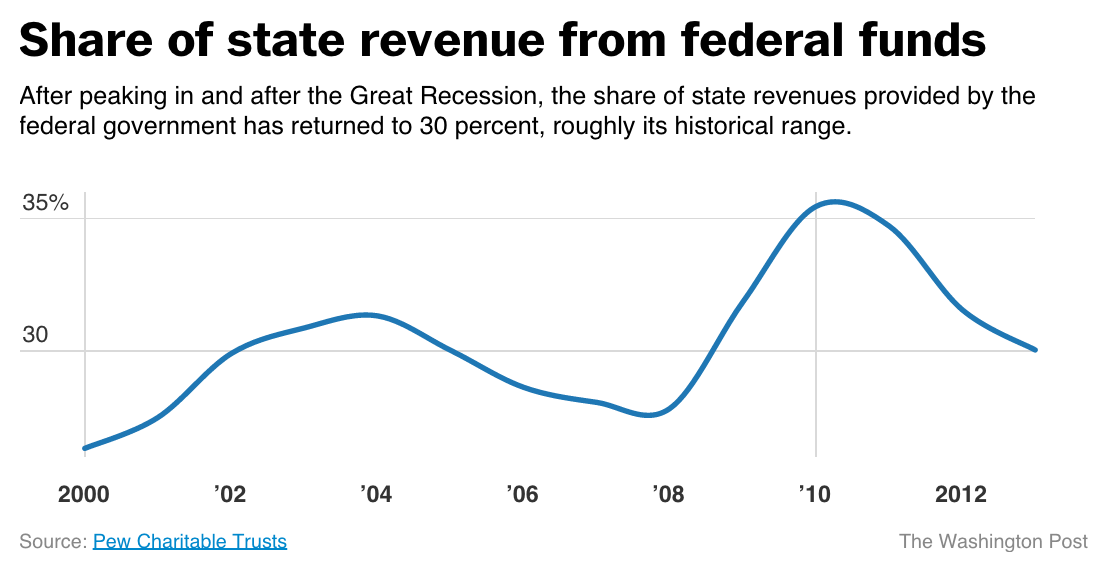