People get over Christmas really quickly.

This month, I looked at the data behind holiday music. There’s a ton of research that goes into figuring out what gets played on your local holiday radio station, and the question of when to switch over to the format is complicated. Some stations flip over as early as October.

To check when people wanted to listen to Christmas music, I asked Spotify, the music streaming service, for data on Christmas songs, leading to the development of what I called the Spotify Christmas Industrial Average. It’s the sum of plays for two of the most Christmas popular songs, Bing Crosby’s “White Christmas” and Mariah Carey’s “All I Want For Christmas Is You.”

Now Christmas is behind us, and Christmas listening has, understandably, cratered. By Saturday, plays per day had collapsed to mid-November levels. 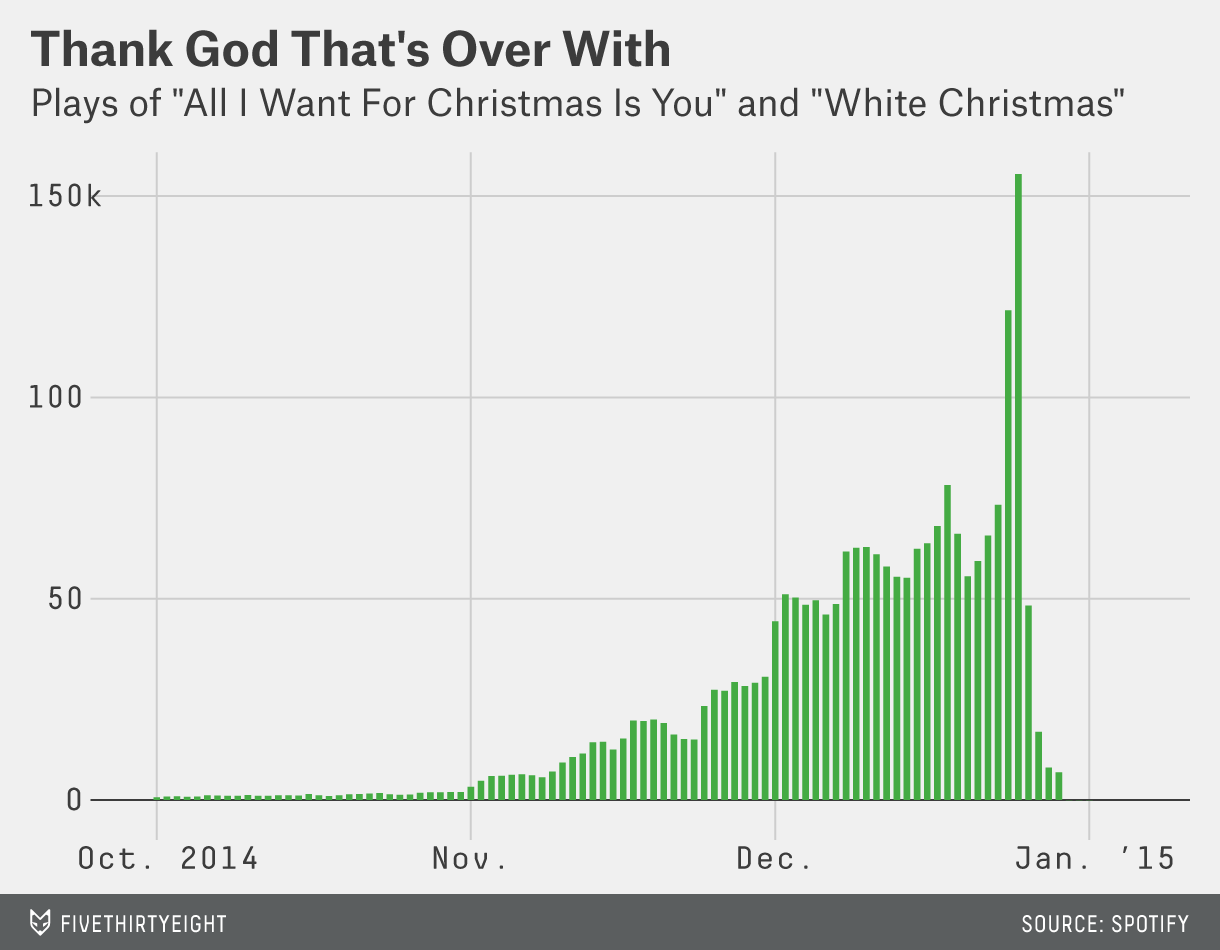 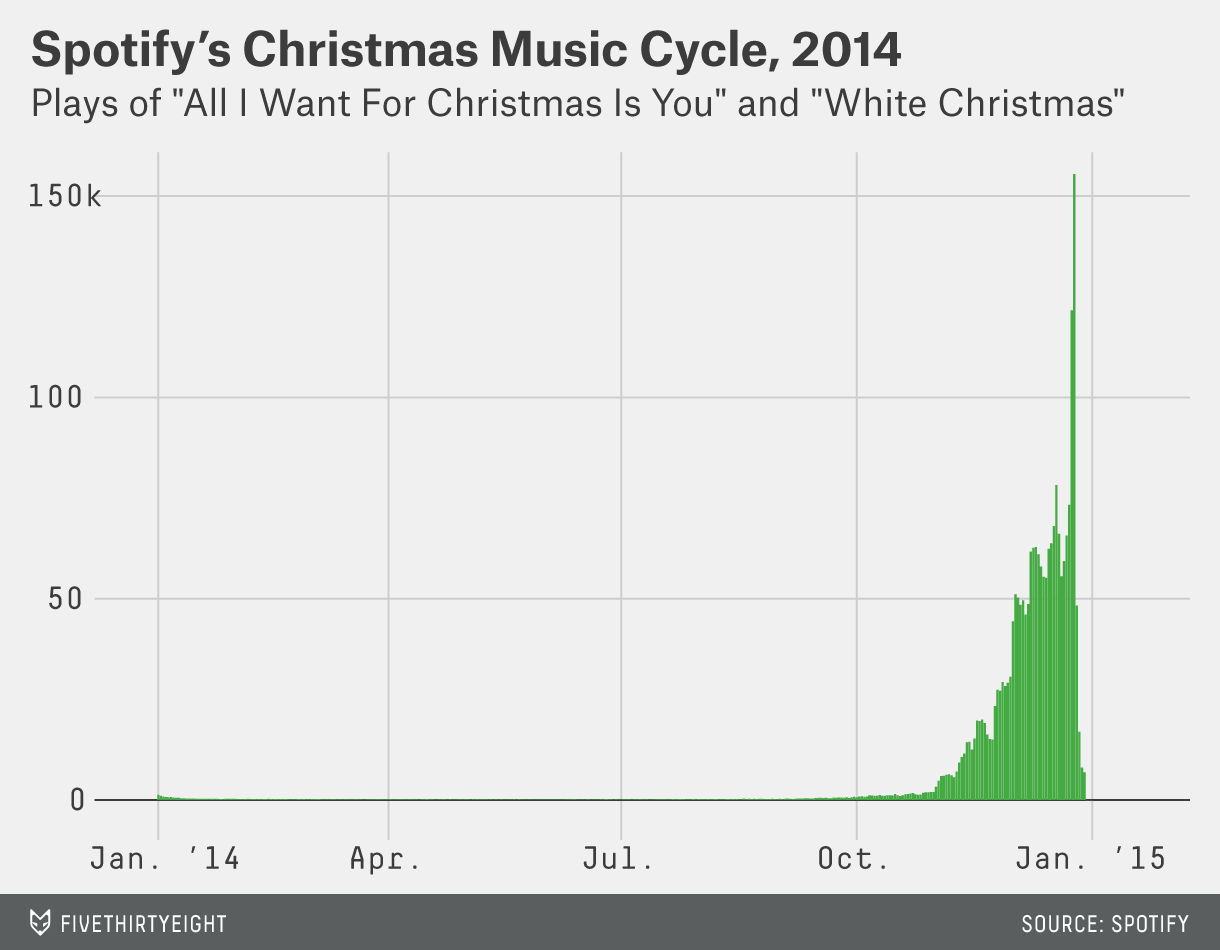 If you’re wondering when Christmas music hits its nadir, according to a three-day rolling average of plays, it’s June 8.