When lions are hunted for trophies, whether they are known and beloved like Cecil the lion or nameless, they’re likely to wind up in the United States, the world’s largest importer of lion trophies.

From 1981 to 2012, three-quarters of all lion trophy exports were sent to only five countries — France, Germany, South Africa, Spain and the United States — according to the Convention on International Trade in Endangered Species of Wild Fauna and Flora (CITES), an international body that tracks the effect of trade on the survival of species.1 And, according to CITES, 52 percent of all lion trophy exports end up in the U.S., and its share of the trophy trade has been growing. (Trophies can include anything from lion claws to complete lion bodies that are suitable for taxidermy and mounting.) 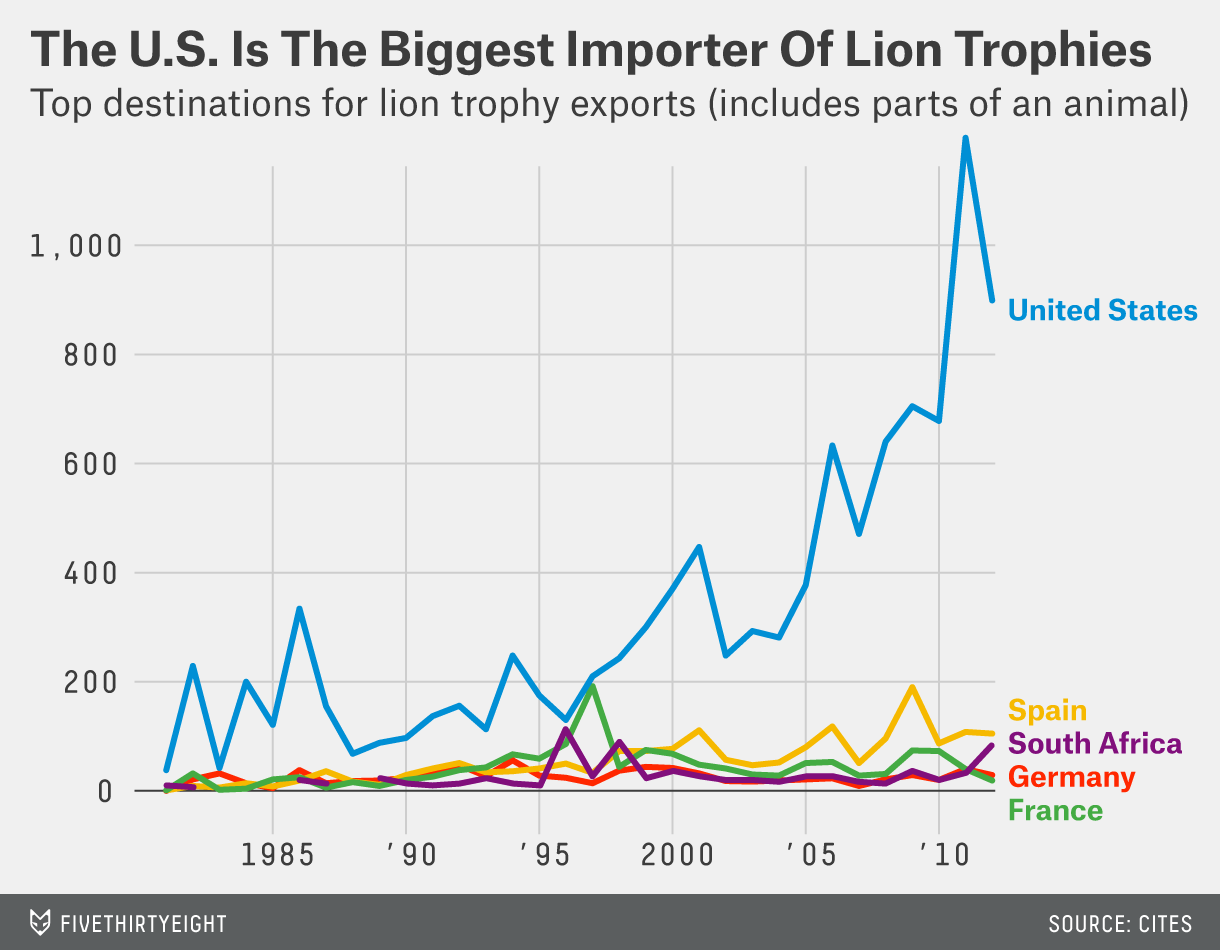 Cecil’s killing is being investigated as a possible poaching case because a hunting party that included Minnesota dentist Walter J. Palmer has been accused of luring the lion out of Hwange National Park in Zimbabwe before killing him. As a big-game target, Cecil was unusual in spending his life in the wild. Trophy hunters are increasingly likely to be stalking captive-bred lions rather than wild ones. Globally, captive-bred lion trophy imports surpassed trophies from wild lions for the first time in 2013. 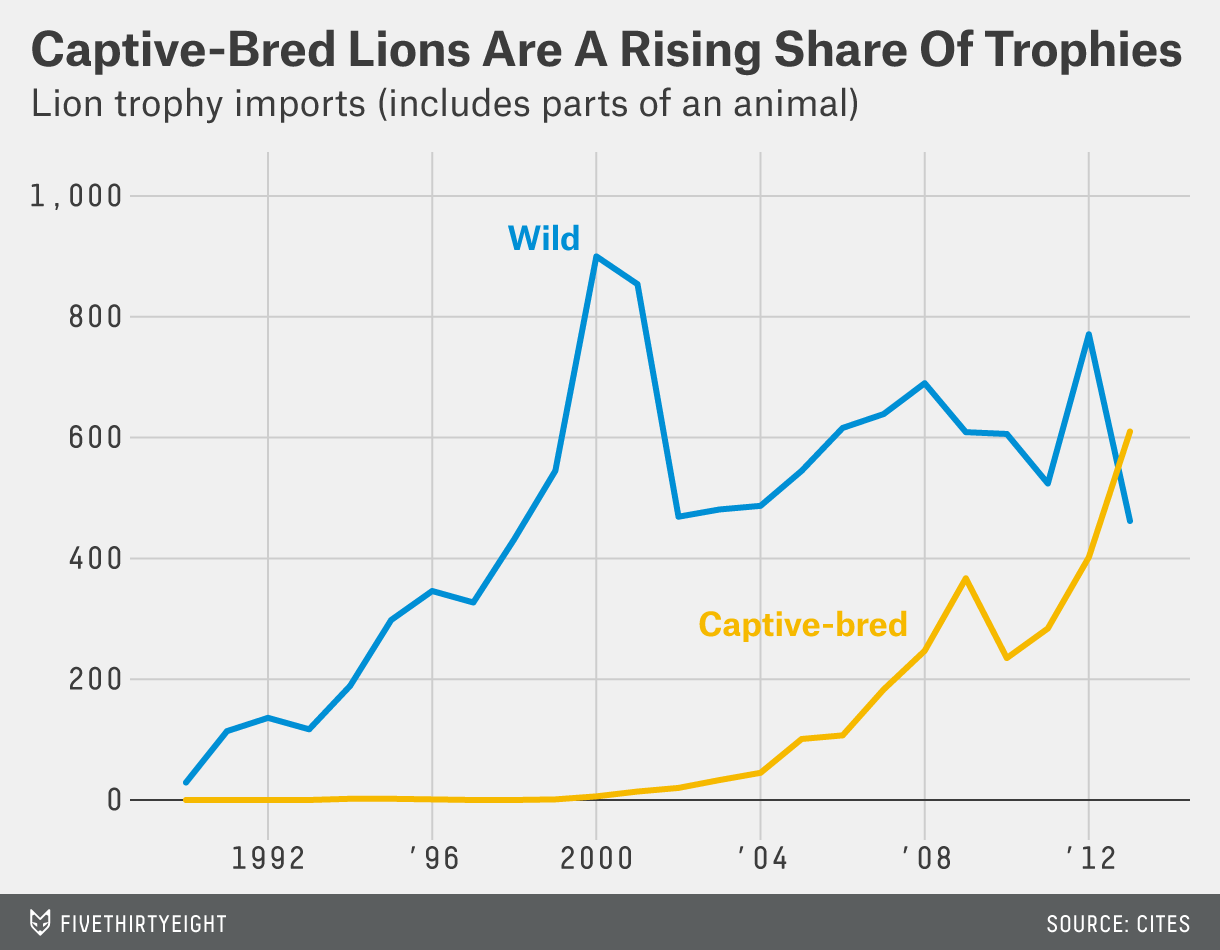 Captive-bred lions may have spent only a short amount of time in the wild before being killed in canned hunts. Because the lions are brought up by human caretakers, they often lack survival instincts and are easy prey for tourist hunters. (Before they are hunted for trophies, some captive-bred lions start their lives in petting zoo, becoming acclimated to people so they are easier to stalk and kill.)

In 2007, South Africa tightened rules for hunting captive-bred lions. Under the new laws, lions must spend at least two years living in the wild, possibly redeveloping a wariness of humans, before they can be hunted. They also cannot be hunted in too-small enclosures (to prevent them from being fish in a barrel), and hunters are prohibited from using arrows because that weapon is unlikely to produce a clean kill. In Cecil’s case, there was a 40-hour gap between when the lion was initially wounded by an arrow and when the hunting party was able to administer the killing blow.