Stories about the influx of unaccompanied minors from Mexico and Central America into the United States have all but disappeared from the news. After dedicating “historic levels of personnel, technology, and resources to the Southwest border,” the White House reported last month that the border was “more secure than it has been in decades,” and that a sharp decrease in unaccompanied minors attempting to cross the border was recorded in July and August.

But the crisis is still causing havoc. The backlog of cases in immigration courts is the biggest it has been in 20 years and has been growing steadily since 2000 (including an uptick after the increased allocation of resources for border protection). 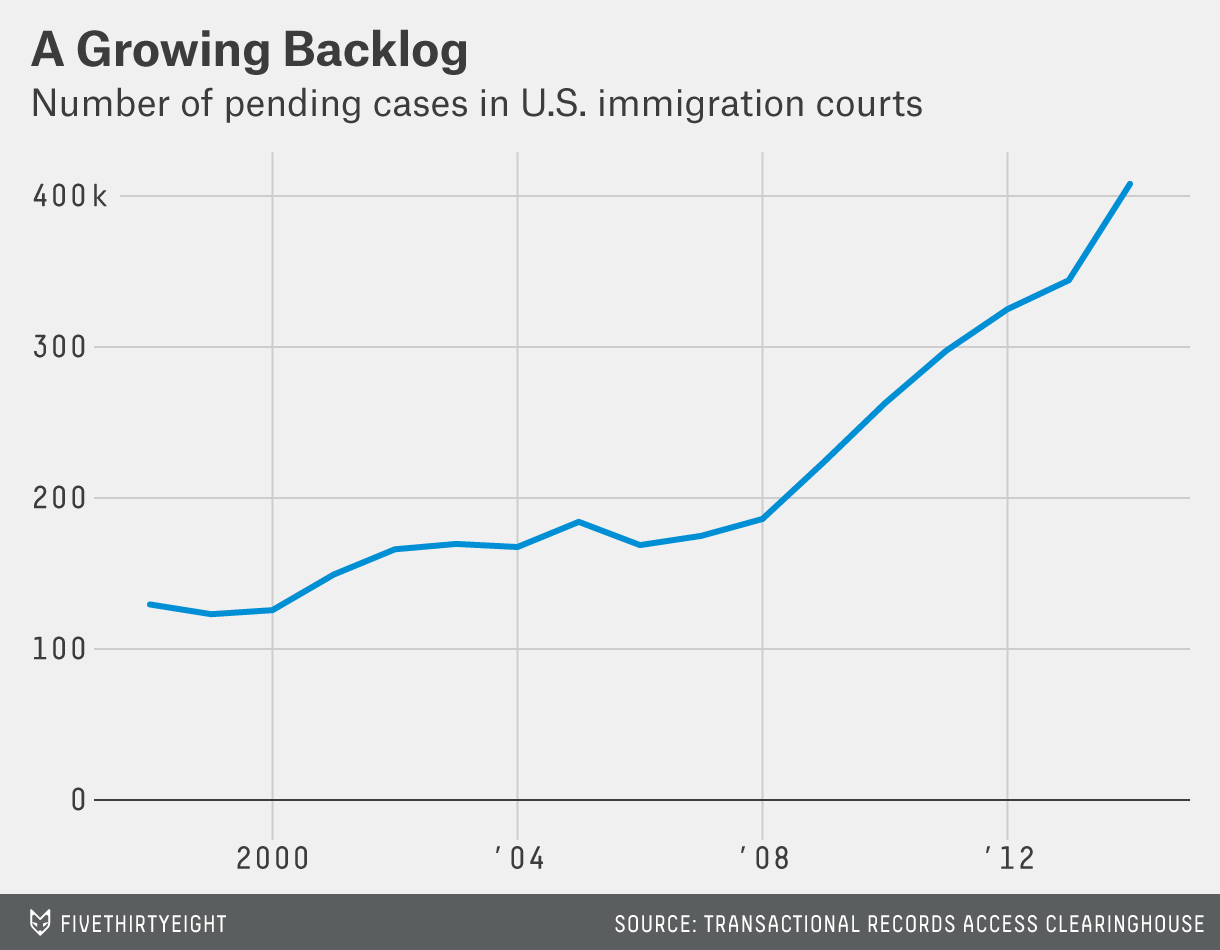 “Policies aimed at enforcing the removal of these immigrants have been funded to the tune of billions and billions of dollars,” said Vanessa Allyn, the managing attorney for refugee representation at Human Rights First. “But the courts haven’t been equally funded. There’s absolutely no parity in the resources for removal versus the resources for actually adjudicating these cases.”

There are 260 immigration judges in the United States, and each judge decides about 1,500 cases per year, Allyn said. But even at that rate, the judges can’t keep up with the number of cases. “Even if every single person crossing the border gets removed, that’s perfectly fine, but we need to adjudicate their cases. We still need to follow due process.”

Funding isn’t the only issue. The cases of unaccompanied Mexican and Central American minors seeking asylum in the United States aren’t as simple as some cases from other countries (such as China, whose one-child policy makes a more straightforward case for religious asylum for those opposed to abortion, according to Kathleen Newland, co-founder of the nonpartisan Migration Policy Institute). Overall, requests for asylum from Mexicans and Central Americans have been rising, according to the U.N. High Commissioner for Refugees. (The commissioner’s annual report only includes data for the 10 countries with the highest number of asylum applications to the U.S. — a group Honduras was not a member of until 2005.) 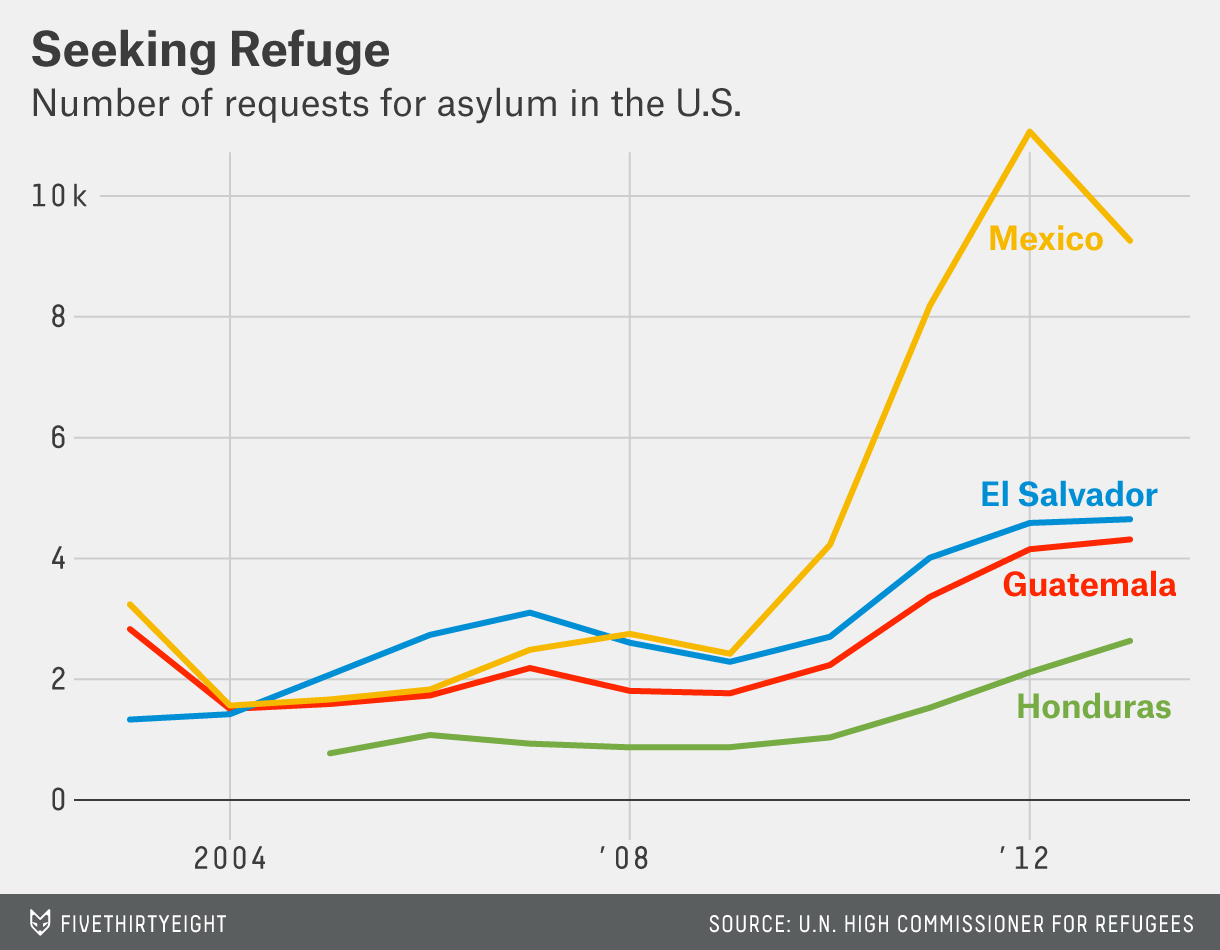 Mexicans’ and Central Americans’ cases can take longer to adjudicate; Allyn said many of her clients wait three to five years before a decision is made. And for many of these cases, the crux of whether asylum can be granted depends on the ability of the minor’s home government to control non-state actors, which can be difficult to determine. Unsurprisingly, the increase in asylum requests has coincided with increasing rates of violence in El Salvador, Guatemala, Honduras and Mexico. 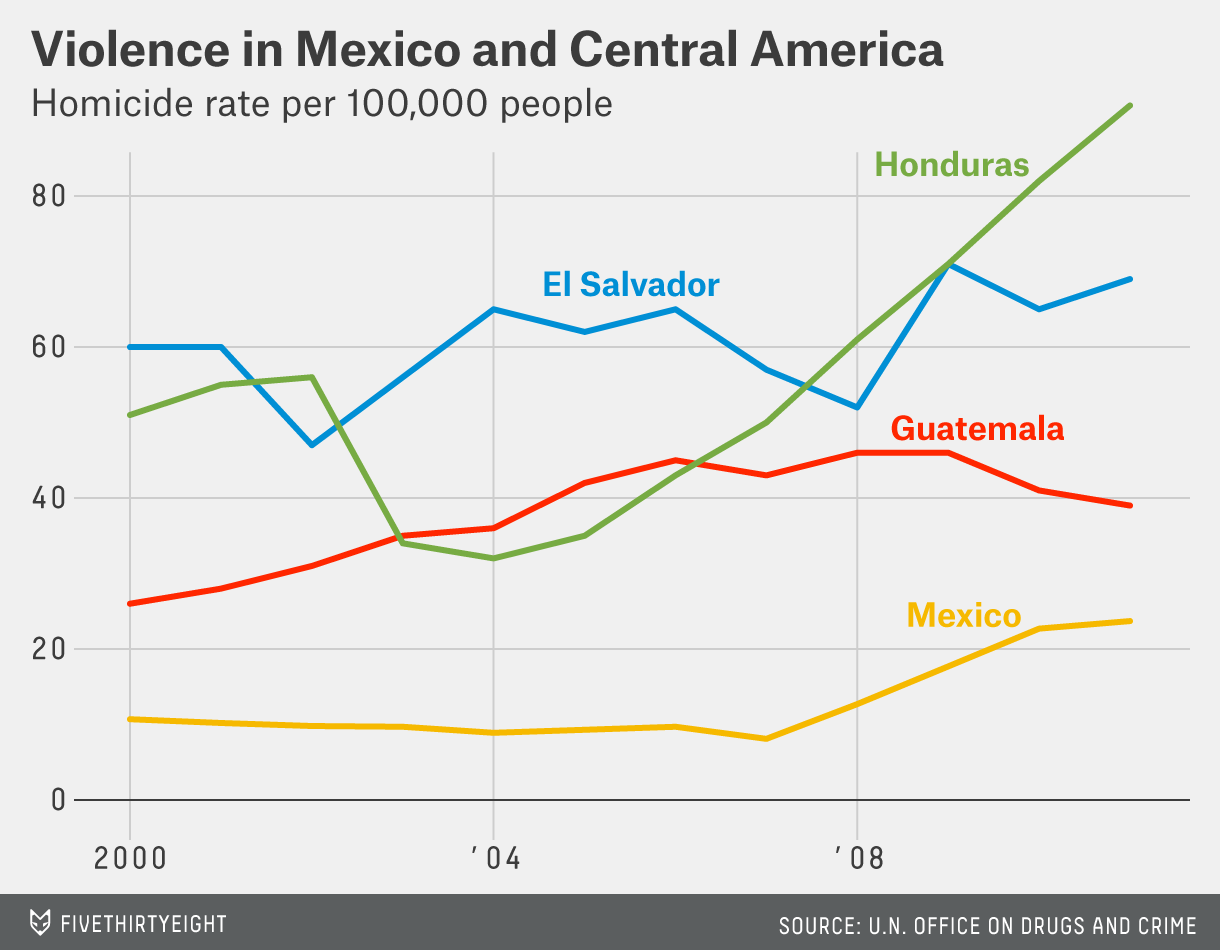 The last time the backlog of cases was this high was in 1994, when there were nearly 425,000 pending, according to the Immigration and Naturalization Service. Because of the unmanageable number, the INS introduced several reforms, including increasing the number of asylum officers and immigration judges.

Given the current state of affairs, experts say the system is due for another overhaul. “More ambiguity is being introduced [because of the rise in unaccompanied minors], which makes cases more difficult to adjudicate,” Newland said. “We need to get back on top of that adjudication rate and figure out what is the humane way of dealing with these children that conforms to U.S. law, whether it’s through some reformed version of the current asylum system, or through some other remedy that we haven’t institutionalized yet.”