The Cuban cigar industry should be excited. President Obama announced Wednesday that the United States intends to restore full diplomatic relations with Cuba and urged Congress to end the more than 50-year-old trade embargo, opening up a new market for the famous cigarmakers. But the best years for cigar sales in the U.S. are over.

We don’t know the size of the market for Cuban cigars in the U.S. because of the embargo, but we do have good projections for overall cigar smoking in the country and across the world. The U.S. cigar market totaled $8 billion in 2013, representing about 34 percent of the world market. But it’s steadily declining. 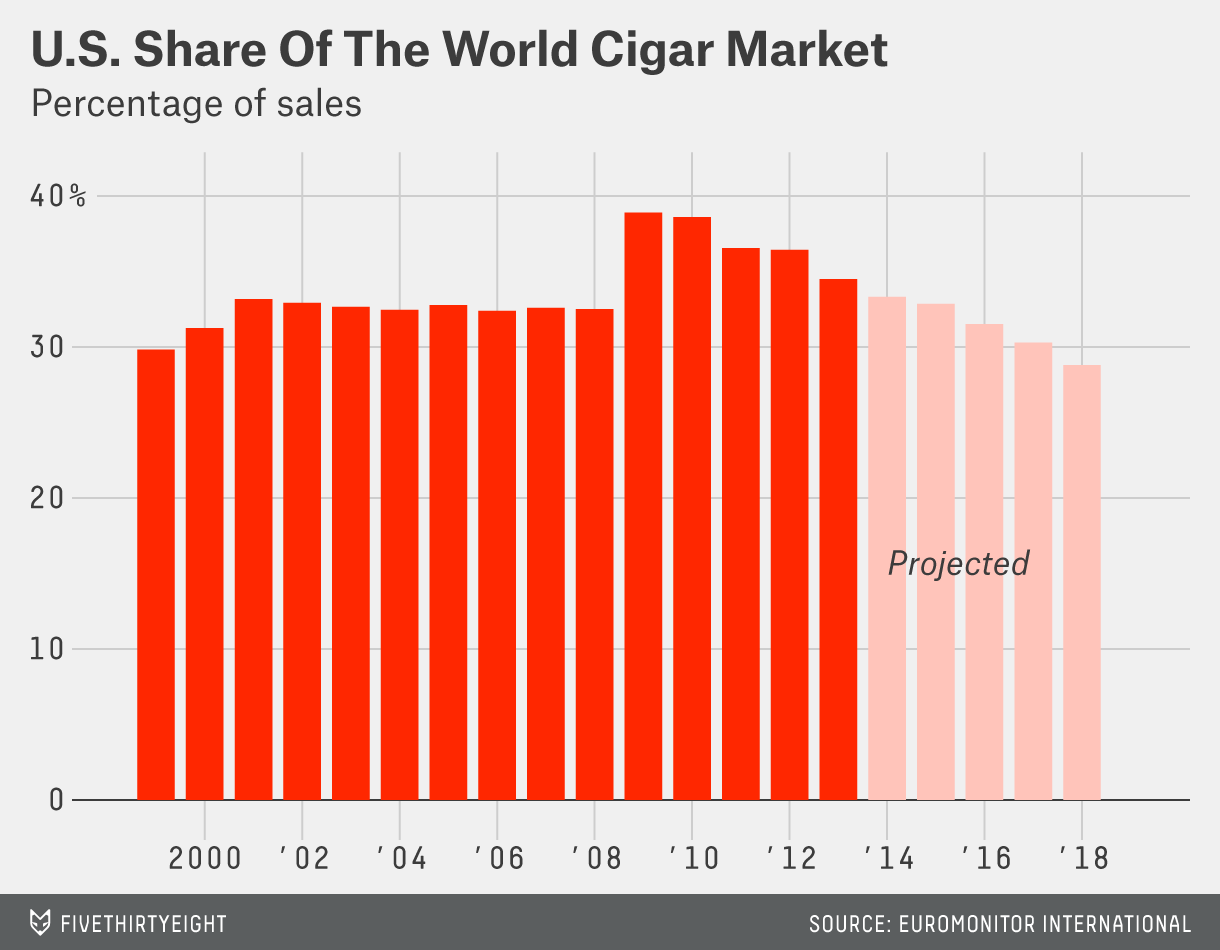 The share of world cigars sales made in the U.S. peaked in 2009, at 39 percent, and is expected to continue to fall at least through 2018, according to Euromonitor International, a market research provider.

Under current projections, the U.S. cigar market share will total about 29 percent in 2018. The U.S. market is only expected to grow about 8 percent over the next five years, while the world market is predicted to expand by nearly 30 percent.