Was last season the year of women on Broadway? Based on Sunday night’s Tony Awards, it might have been. This year, seven women won Tony Awards, the highest number in Tony history. The seven women won eight of 17 Tonys1 in non-acting categories won by individuals, the largest percentage ever for the Tony Awards. With the exception of two categories, women won every category in which they were nominated. 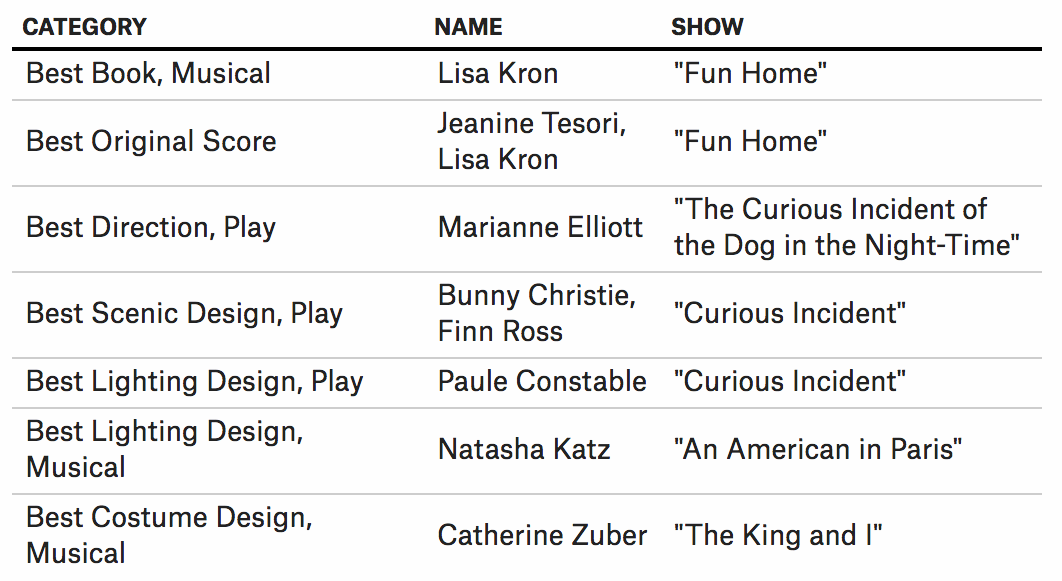 Six of the eight female Tony wins came from the two shows that won the most Tonys: “Fun Home” and “The Curious Incident of the Dog in the Night-Time.” Both shows took home five Tonys each, including Best Musical and Best Play, respectively. “Fun Home” had six female nominees this year — a Tony record for musicals.

The women from the top winning shows Sunday won in categories where women are historically underrepresented on Broadway and in the Tonys. Since the beginning of the awards, less than 11 percent of Tonys for directing or writing a book for a musical have gone to women. 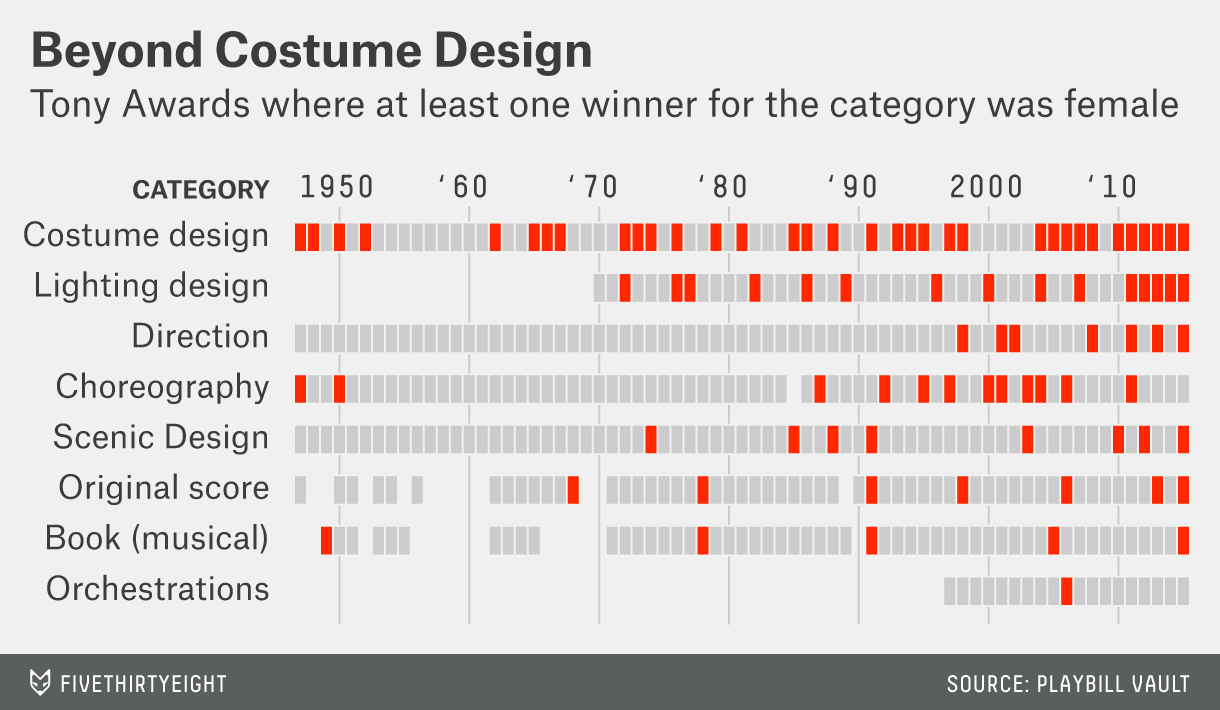 Joanna Kao is a multimedia reporter with an interest in theater.