We’ll be reporting from Cleveland all week and live blogging each night. Check out all our dispatches from the GOP convention here.

CLEVELAND — Walking around the Quicken Loans Arena on Sunday, I had so many questions. Does the Republican National Committee know what happened the last time someone released a lot of balloons in Cleveland? Is there a guy you call to score elephant-themed pottery for swanky lounges? And does the RNC have this man on file for occasions such as this?

Mainly, though, I was thinking this: Why on earth are New York, New Jersey, Connecticut and California in front-row seats at the Republican National Convention? 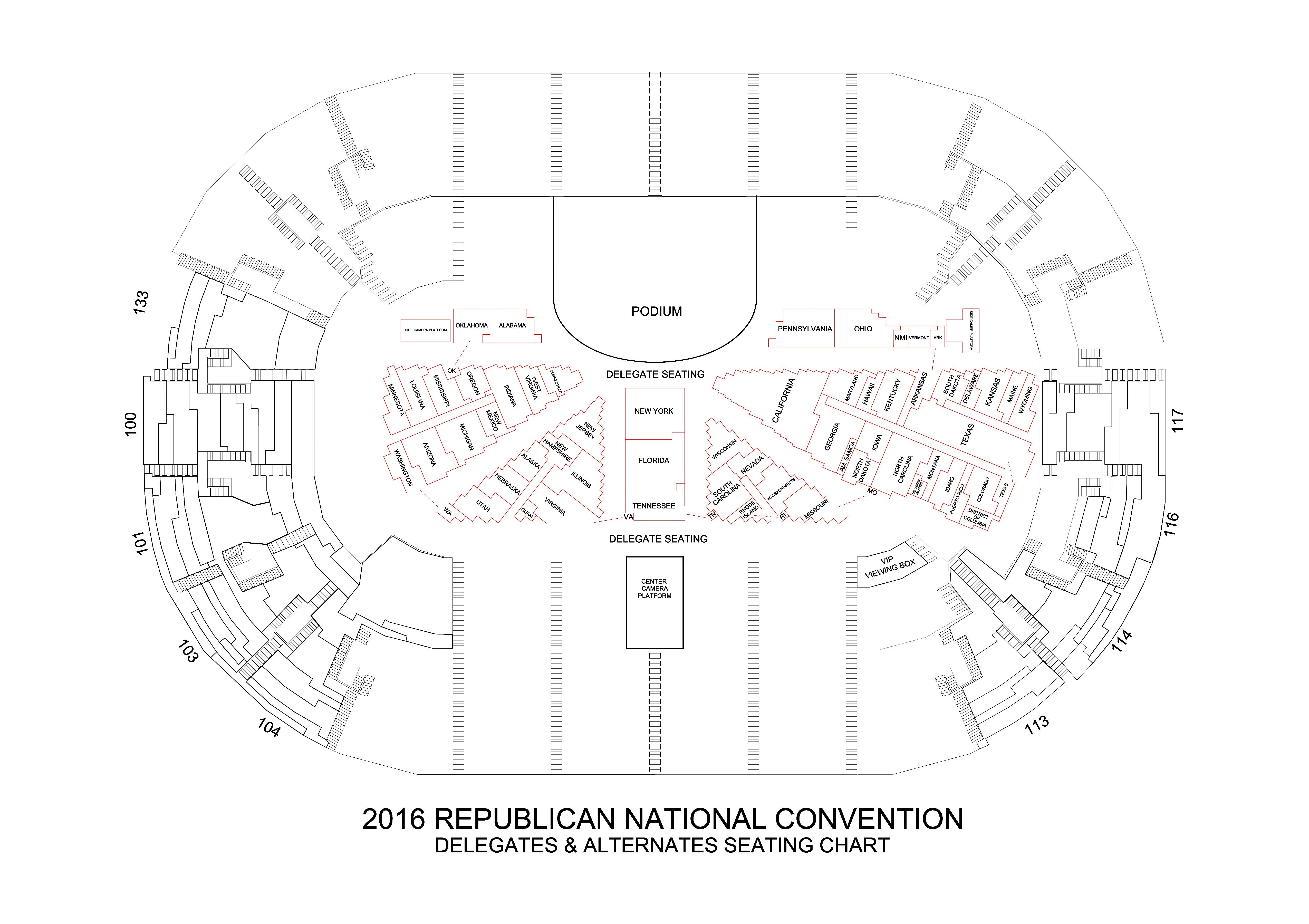 Ohio, the host state, isn’t in the front row like hosts usually are. Hawaii’s got better seats than Mississippi. And Texas may as well be behind a pylon.

I looked at how many Trump delegates each state sent to the convention, the total percent of the vote Trump won during the competitive phase of the primaries and caucuses in each state (through Indiana on May 3) and the percentage of the delegation that was for Trump. All were correlated to the seating chart.

But the strongest relationship? Looking at contests through Indiana, the margin of victory for Trump in a state was the biggest predictor of where that state is sitting.

The relationship isn’t perfect, but, generally speaking, the harder a state broke for Trump, the closer its delegation is to the main stage.

A few states are seated closer to the podium than their support level would suggest. Trump lost Wisconsin, for example, but it has front-row seating. Of course, it helps that the two most prominent Republicans at the convention other than Trump — Speaker of the House Paul Ryan and RNC Chairman Reince Priebus — are Wisconsinites. Ohio, nine rows back and giving zero delegates to Trump, would probably be rubbing elbows with Guam if it weren’t hosting the convention.