David Chang was visibly uncomfortable. He looked at the floor, shaking his neatly shorn head, bearing just a hint of his signature grin as reality set in. Sitting in a room above the driving ranges at Chelsea Piers, this world-renowned chef was trying to get comfortable with the shit he was about to get from all his New York foodie friends. 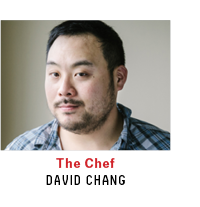 Six of us, all burrito fanatics, were gathered as the Burrito Selection Committee to vote on the top 64 burritos in the nation into a Burrito Bracket. We were working on the Northeast, the region Chang represented, and things were not looking good for him. He’d come to the meeting with just two suggestions for the top four seeds in the region, and one was New York City’s best Mission-style burrito, Dos Toros.

Round one of voting passed, and Dos Toros was missing. Then round two, and it still hadn’t made the bracket. Round three, and it wasn’t on the list. Before the fourth round, the time when lobbying was supposed to take place, FiveThirtyEight editor-in-chief Nate Silver asked if anyone wanted to make a case for Dos Toros.

Chang laughed. Silver, academic Jeffrey Pilcher and I were all unimpressed — Dos Toros clearly couldn’t compete against its West Coast cousins. California-based burrito expert Gustavo Arellano was ambivalent since he hadn’t eaten there. The rest of us naysayers had convinced food critic Bill Addison, the only one who had actually voted for Dos Toros in the first three rounds, that the restaurant wouldn’t be competitive. We’d unanimously agreed that it didn’t belong in the bracket. Chang put his head in his hands and laughed some more.

At risk of offending the other BSC members, Chang probably put the most elbow grease into researching the options in his region. The creator of Momofuku Restaurant Group owns 12 restaurants in addition to editing a magazine, but he made time to call dozens of chef friends and spent hours looking through the 15,753 burrito-selling establishments in the Northeast on Yelp. He lamented to me that he didn’t have time to fly to Chicago for a pre-meeting taste test.

The Northeast, which in the Burrito Bracket extends from Missouri to Maine, has the second-most burrito-selling establishments of any of our four regions (after California, of course). It lacks the historic Mexican culinary influence of California and the West, but is flush with college campuses and big cities, which breed burrito lovers. 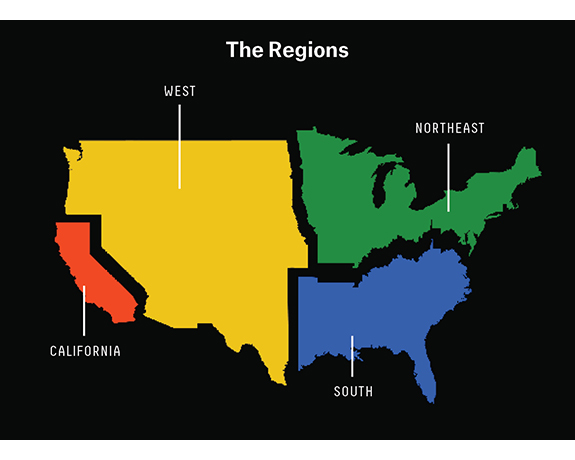 We were using a combination of expert knowledge and a rubric adapted from baseball that turned Yelp reviews and ratings into a score called Value Over Replacement Burrito (VORB; more about that here) to choose the restaurants. Once we’d voted, we’d place the selections in a bracket and I would travel the country to taste and rate them, all 64, in three rounds of judging that would yield the best burrito in America.

Combing the burrito fields of the Northeast, Chang said he found a lot of worthy spots, but few distinguishable top seeds. The bias toward college town burritos (which tend to have more Yelp reviews, and a lower quality-versus-quantity calorie quotient than other areas) brought up strange options in Minnesota, Ohio and Iowa that none of us really knew what to do with. Except for Chicago, the urban centers of our broadly defined Northeast have surprisingly few great Mexican restaurants, particularly ones that are brave enough to go beyond the simplicity of tacos and offer a complicated Northern Mexican food like the burrito.

And so it was that David Chang came to the meeting with just two recommendations for top seeds, El Pelón Taqueria in Boston (which had the highest VORB in the region) and Dos Toros in New York City. Since we’d knocked Dos Toros off the list, we were in search of burrito greatness, times three. 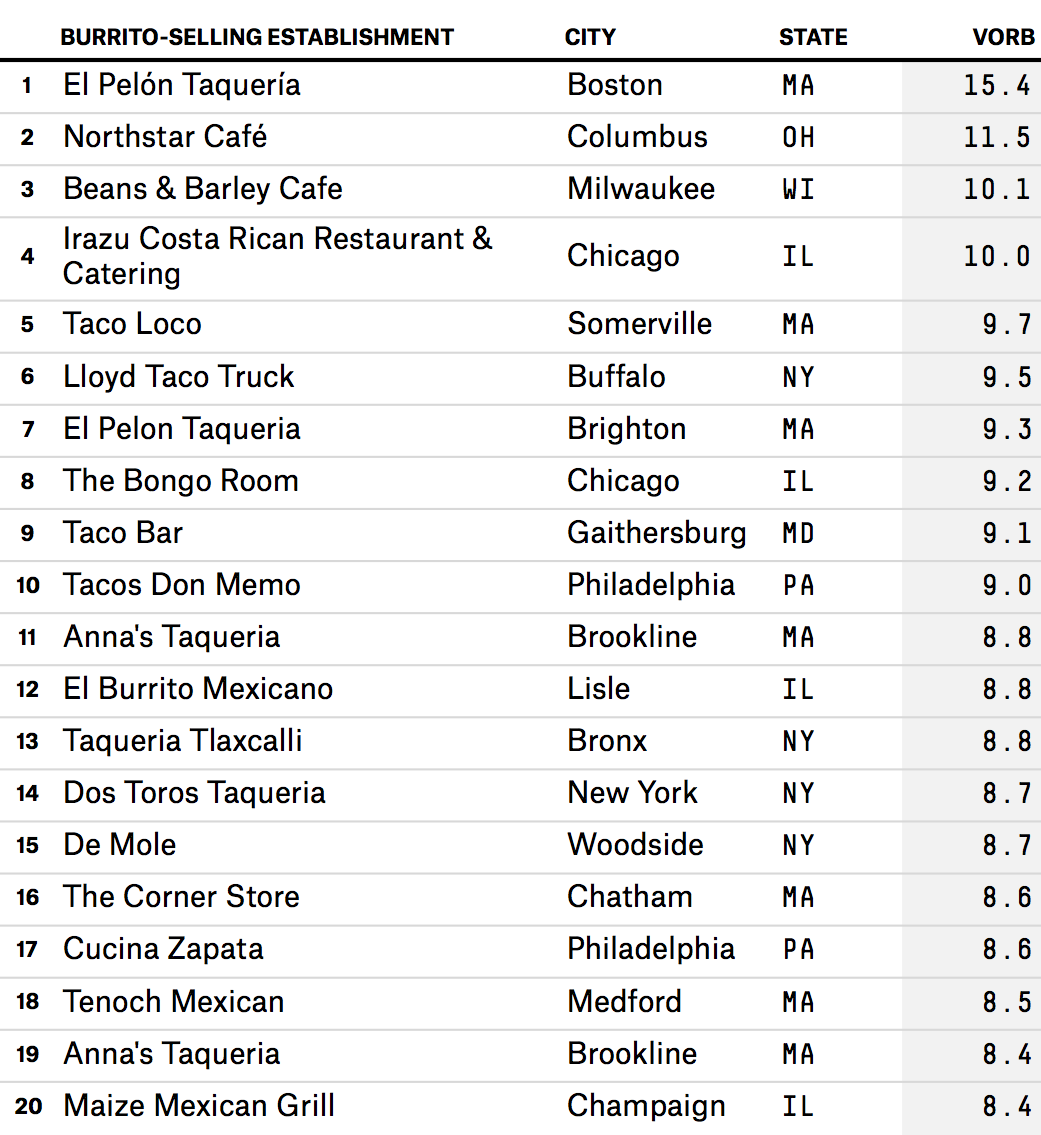 Perhaps out of reverence, or maybe because it’s really that good, La Pasadita in Chicago made it onto every BSC member’s list in the first round of voting, earning it the No. 1 seed in the region. La Pasadita had also been the No. 1 seed in Silver’s original Burrito Bracket, which he started in his Wicker Park neighborhood but never finished. We’ll never know how it would have fared in the neighborhood tournament, but it’s getting the chance it deserves for national accolades.

The third seed has a VORB of just 4.8, but with endorsements from Chang such as “Every cook I asked in Philly thinks this is the top spot for burritos” and “You can’t go wrong ordering — everything is great,” Los Gallos Mexican Taqueria in Philadelphia was a data underdog but a Burrito Bracket shoo-in.

The fourth seed was a bit more controversial. L’Patron Tacos (VORB 8.3) is owned by a Rick Bayless protégé, who I’m told used to work the salsa line. While Chicago food critic Michael Nagrant is not a fan, bloggers love it. L’Patron made its way onto the bracket in the first round of voting, earning it the fourth seed.

Something unique in Chicago

Like the other regions, most of the Northeast picks fell into at least one of a few categories. Starting with the data, there were those with very high VORB scores that the BSC found compelling.

In the first rounds of voting we decided against the second- and third-highest VORBs in the Northeast, Beans & Barley Café in Milwaukee and Northstar Café in Columbus, Ohio. While both are insanely popular locally, expert research and the eccentric nature of some of the ingredients in their burritos made them seem unlikely candidates for the winner of a national competition.

Irazu, a Costa Rican restaurant in Chicago, promised something unique and enjoyed the fourth-highest VORB in the region; in it went. La Michoacana Taqueria in Iowa City had a very high VORB, and though online reviews suggest some of its popularity is due to the low prices and abundant portions, it’s clearly the most popular spot in the Great Plains.

Two places with notable VORBs were initially shunned, but became late entries after one of Silver’s many “the data matters” speeches. Of Anna’s Taqueria in Brookline, Massachusetts, Chang noted, “Nothing is great but the sum of the parts makes it very good.” Cucina Zapata in Philadelphia is known for it’s Cap n’ Crunch Tilapia burrito, with thai sauces and cabbage slaw, making us dubious that it could compete in a national competition. But Drexel University students can’t seem to get enough, and their enthusiasm trumped our doubt. For better or worse, as the bracket’s only entry that includes breakfast cereal, at least it has the bonus of bringing a little diversity.

After the long and recurring debate about including Dos Toros in the bracket, we knew we had to get the rest of the New York City entries right. Mission Cantina had opened so recently that it wasn’t on Yelp when we got the data, but owner Danny Bowien has a stellar reputation thanks to his first New York restaurant, Mission Chinese. The early reviews of Cantina were mixed — except when it came to the burritos, which reviewers described as riceless, griddled masterpieces. Chang had already made their acquaintance, and praised the high ratio of avocado and bean to protein.

Silver, whom we call El Padrino, tried to be demure about his favorite New York burrito for the first couple rounds. But he made not so subtle mention of Tres Carnes a few times, even though it was absent from Chang’s cheat sheet and had a lukewarm VORB of 6.7. When the lobbying began after the third round of voting, we tossed around Calexico, an inventive Lower East Side Cal-Mex joint with unpredictable quality. Chang asked Silver point blank about Tres Carnes. “Is it your favorite?” “What’s good there?” “It’s really good?” Silver was steadfast — nowhere in NYC has great burritos, but this place was good, and his preferred dealer when he needed a dose.

The third and final New York City entrant was a toss-up between two non-Manhattan, Mexican-owned and -operated establishments. In the interest of geographic diversity we were wary of including them both, but were anxious to find the best of the outer boroughs. Several of us had been to Cholulita Bella Deli in Brooklyn, which Robert Sietsema made famous in the pages of the Village Voice. We knew its burritos could be delicious, but they were unpredictable. (According to Chang, the owners view burritos as an American invention, “not part of the Mexican-food canon proper.”) Taqueria Tlaxcalli in the Bronx is loved for both its steak and chorizo burritos (the latter absent from the bracket so far), and reportedly was opened by a Mexico City native desperate for decent food in his adopted city. A Mexico City native passionate about burritos? We had to try that.

Next, Chang pulled a stealth move on us. Somewhere near the bottom of his cheat sheet, at the end of the third and final tier of suggestions, he mentioned Pancho’s Mexican Taqueria in Atlantic City, New Jersey, which he’d silently voted for in round two. Before the third round, he spoke of Pancho’s delicious qualities, pulling up a photo from Yelp of a curvaceous burrito laden with fresh slices of avocado. But he didn’t actually show us the photo; he just left it open on his screen, waiting for us to walk by and fall in love. Then he reiterated what he’d written on the cheat sheet: “I think it’s the best Mexican food outside of California.” Atlantic City, here I come.

With most of the 16 spots occupied by picks from Chicago, New York, Philadelphia and Boston, we spent the latter rounds on higher-risk, geographically diverse options. Silver convinced us all to give Lloyd Taco Truck in Buffalo, New York, a try. None of us had been there, but the online reviews for what appears to be an office-worker godsend are nearly unanimous. Loco Coco Tacos in Kittery, Maine, won my early support; it’s described on Yelp as a burrito destination in a town with a population of 9,000. A review of the map showed there was a gaping hole in the Midwest (outside of Chicago), so after a review of the options we brought back the third-highest VORB, Northstar Café in Columbus, Ohio.

An ex-farmers market food truck called Taconazo in Cranston, Rhode Island, was a favorite among Chang’s Rhode Island foodie circle but was edged out by Tortacos in Gaithersburg, Maryland. The latter would be the 16th and final pick for the region.