Before the big climate march in New York on Sunday, New York magazine’s Tim Murphy asked, “Can Sunday’s climate march expand the movement beyond wonky white men?” After the march, Sally Kohn at The Daily Beast had an answer: Yes.

But zoom out beyond the march’s organizers and participants, and you’ll see the portion of the American public in favor of action to combat climate change has long been diverse. Since 2007, Pew Research Center has asked people what areas, including global warming, should be a top priority for the president and Congress. Given the talk about the need for diversity in the global warming movement, you might expect that the people who say fighting global warming should a top priority would be overwhelmingly white. You’d be wrong. 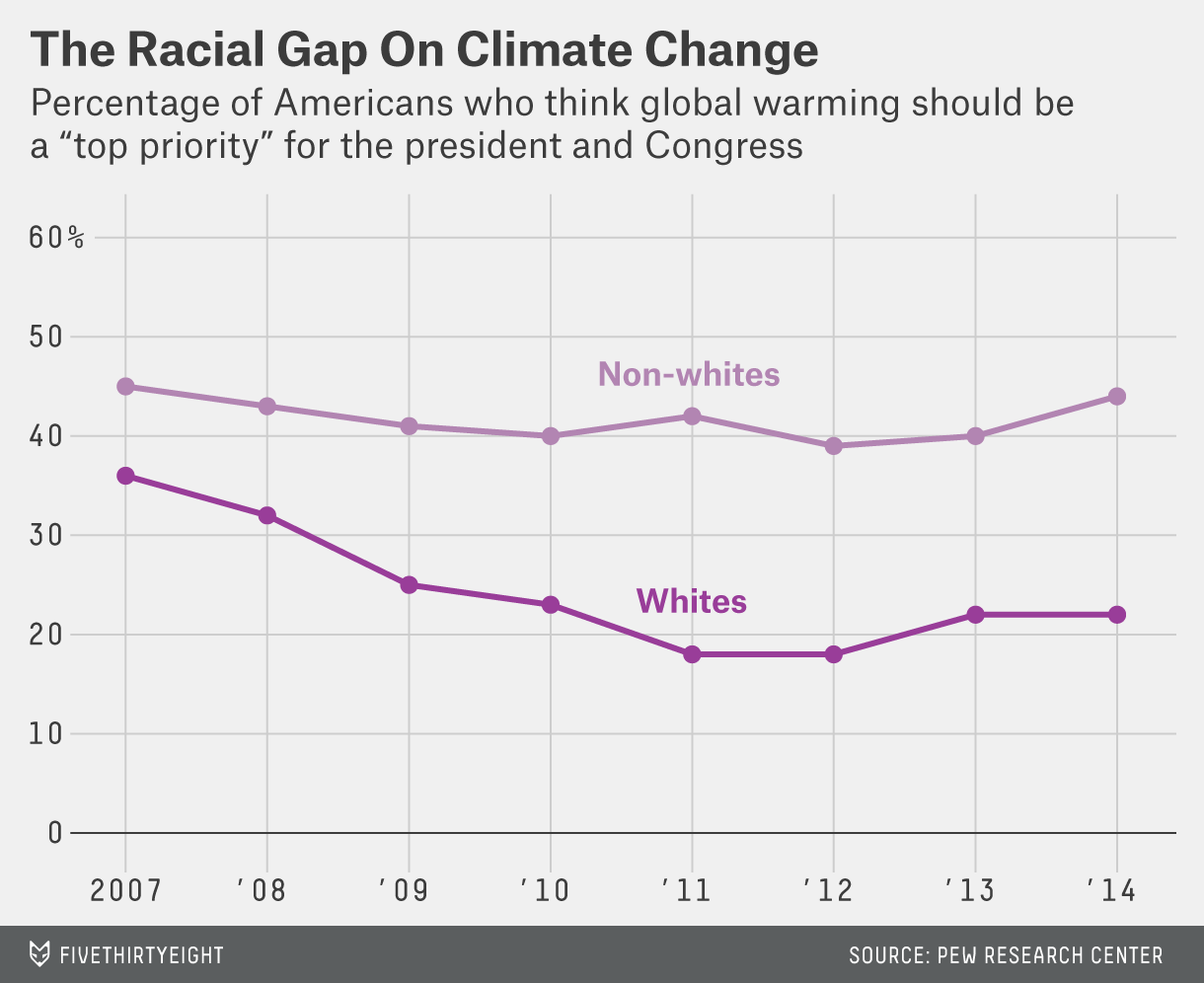 Is this just a partisan thing (i.e. Democrats are more in favor of the government developing a plan to combat global warming, and more minorities are Democrats)? This makes sense, but the racial gap exists even when controlling for political party. 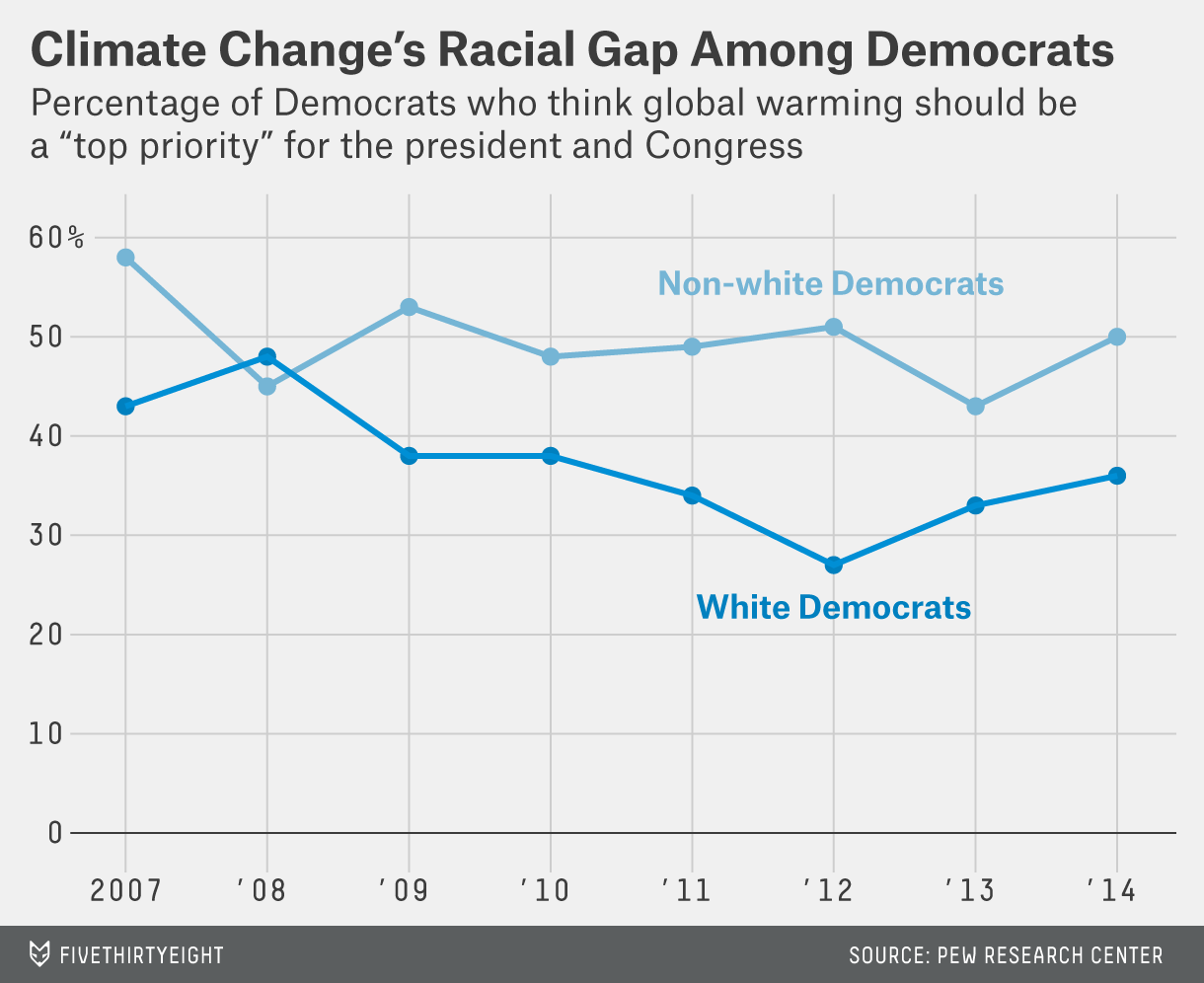 It seems clear from the polling that whites are more skeptical of the need for government intervention on global warming than non-whites. If the leaders of climate-change movement are overwhelmingly white, then they are not representative of the larger the slice of the public most sympathetic to their cause.