Rep. John Boehner was re-elected speaker of the House on Tuesday, but 25 Republicans did not vote for him. That means he received only 89.6 percent of votes for speaker from members of his party. This is the second speaker election in a row in which Boehner received less than 96 percent of the GOP vote from members who were present or voted for a candidate. It’s also the worst performance for any speaker within his own party since the Great Depression.

Does that mean that Boehner is weak? Hardly. Because many Democrats were missing from the vote, it meant that Republicans could feel more secure in voting against Boehner because he needed fewer votes for a majority. Also, the trend toward more opposition to leadership is also going on in the Democratic Party, and there are few people who would argue that Minority Leader Nancy Pelosi doesn’t have control of her caucus. Pelosi’s share of the vote for minority leader in the past three minority leader elections is the lowest for a minority leader since 1991. (Boehner, like many previous speakers, does not vote, and we’re not counting members who didn’t vote; Pelosi does vote, and we’ve counted that vote here.) 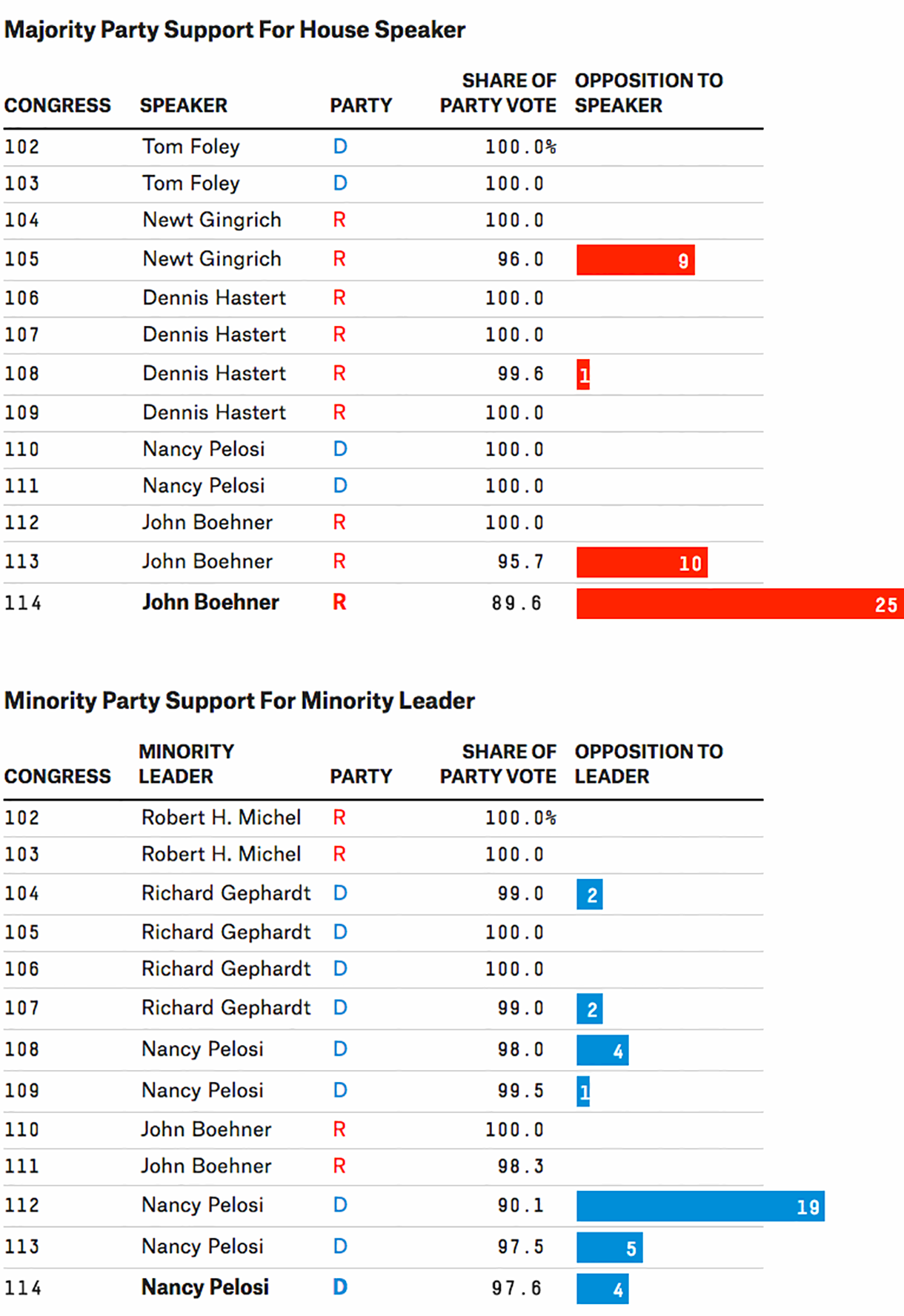 The movement to voicing opposition in a public vote is probably much more of a performance art than anything else. It’s a way for members of Congress to show they haven’t gone “Washington.” With every part of a representative’s record being scrutinized in the media, members may find it worth their time to score points with supporters at home and potential donors on the web.

The real election of party leaders still takes place behind closed doors. Boehner’s and Pelosi’s re-elections were all but assured before Tuesday.