Monday marks the end of the beginning of the World Cup: the simultaneous matches phase. At 4 p.m. EDT, all teams from Group A will kick off: Brazil will play Cameroon in Brasilia, Brazil, while Mexico will play Croatia in Recife. FIFA schedules these matches simultaneously so that no team might benefit from knowing the score of the other match ahead of time, which could potentially impact strategy.

These are the final matches of the group phase and therefore will determine who advances. Sometimes, working through the permutations is easy — as it is in Group B, where the Netherlands and Chile have already guaranteed advancement and are playing only to determine who finishes first in the group. But other cases, like the United States’ Group G, are more complicated.

FiveThirtyEight’s World Cup forecasts project the results in a probabilistic fashion, showing each team’s odds of winning and advancing from its group. But we’ll also be working through the possibilities in a more detailed way with matrices, such as the one you see below: 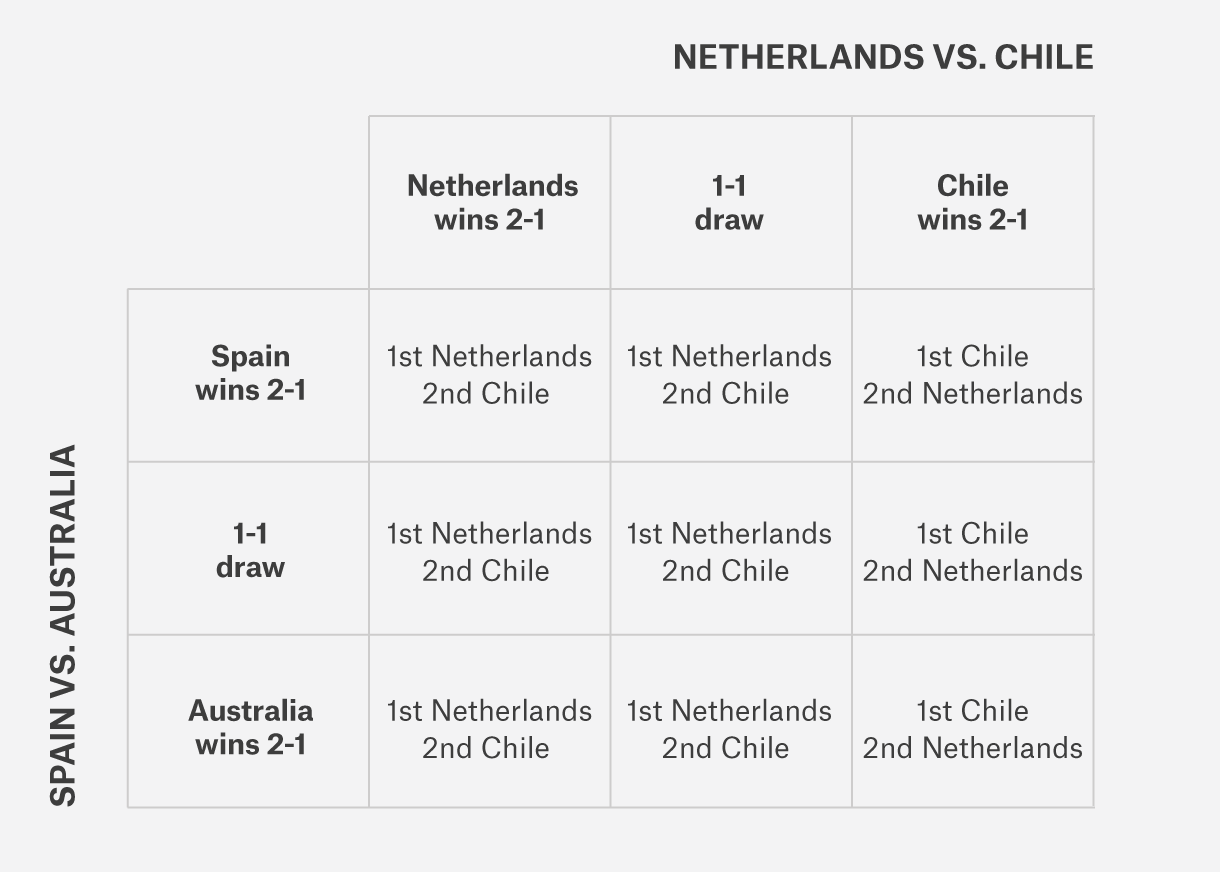 That was the simple case I mentioned before: Group B, which will play its matches at noon Monday. The Netherlands will advance first in the group if it beats Chile or draws with it; Chile will do so if it beats the Netherlands by any margin. Australia and Spain are already mathematically eliminated from the tournament, and their game won’t make any difference.

But the Chile-Netherlands game matters more than you might think: Up for grabs is the right not to have to face Brazil in the Round of 16, which the second-place team from Group B will probably have to do.

Brazil’s Group A is more complicated, even though most scenarios result in Brazil finishing in first place. Cameroon has been eliminated. Brazil is almost certain to advance, but there are wild-card scenarios where it might not. Mexico can guarantee advancement with a win or draw against Croatia. A Croatia win means that it advances while Mexico almost certainly does not. This is what that group looks like: 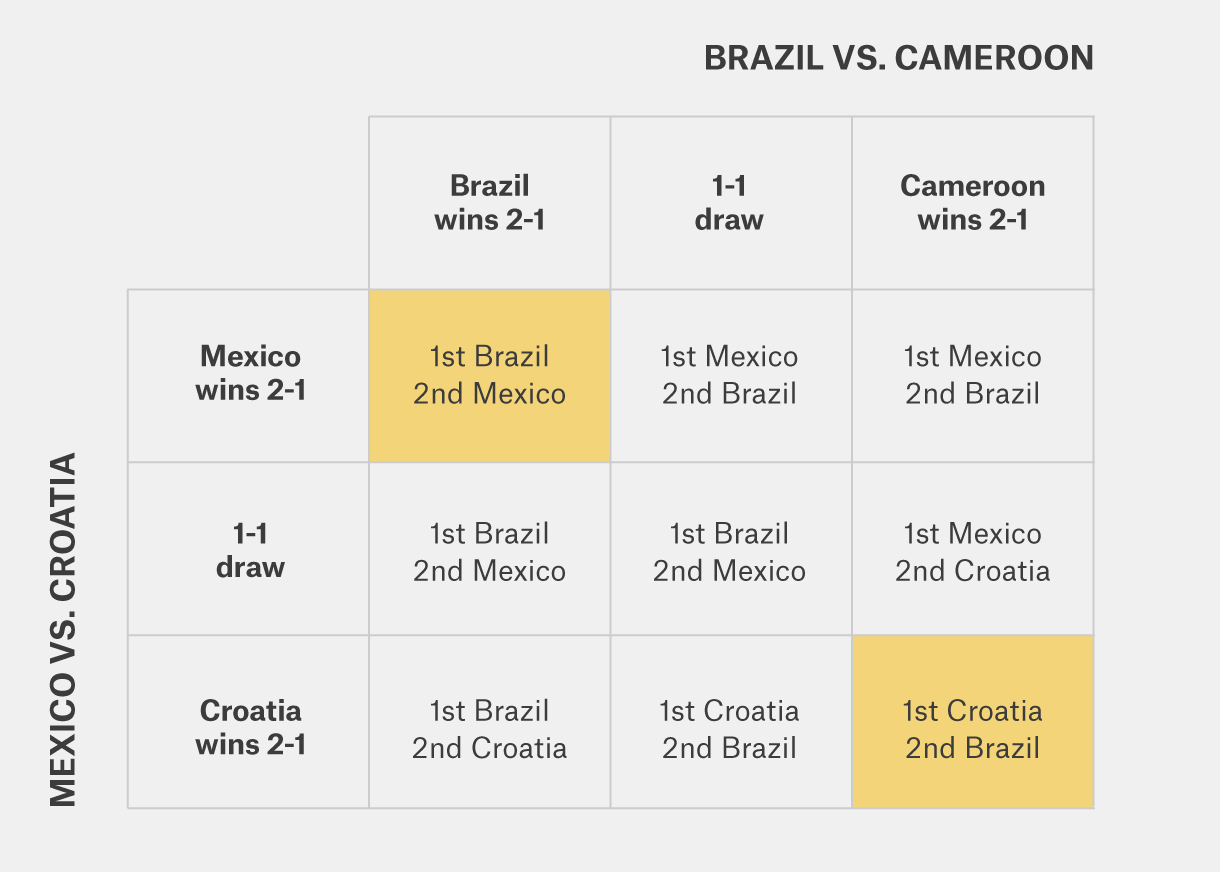 I’m assuming, as a default, that all wins come by a 2-1 scoreline while all draws are 1-1. Cases where the exact score matters are highlighted in yellow.

Brazil and Mexico, for instance, are tied atop Group A with four points, but Brazil is ahead on the goal-differential tiebreaker. If both teams win their matches Monday, both will advance with seven points. Will Brazil advance as the first-place team? Yes, if both wins come by our default 2-1 scoreline or under most other realistic scenarios. But it’s theoretically possible that Mexico could surpass Brazil — for example, if it beats Croatia 3-0 while Brazil beats Cameroon 1-0.

The more treacherous case for Brazil — albeit extremely unlikely because it’s so heavily favored to beat Cameroon — is if Brazil and Mexico lose. In that case, Croatia will qualify first in the group. Brazil and Mexico will be stuck on four points and tied for second. If Brazil lost by a wider margin than Mexico, it could fail to advance.

There’s also one case where Brazil would be denied advancement outright. That comes if it loses to Cameroon, and Mexico and Croatia draw. Then the group standings would be: Mexico 5 points, Croatia 4, Brazil 4, Cameroon 3. Mexico qualifies first and Croatia and Brazil are tied for second. But Brazil would be guaranteed to lose the goal-differential tiebreaker because it and Croatia currently have the same goal differential (+2) and Brazil’s would worsen with its loss while Croatia’s would stay the same with its draw. Fortunately for Brazil, the probability of this happening is only about 0.5 percent.