The White House on Tuesday released a proposed budget for the 2015 fiscal year. Lots of its numbers are being thrown around, but the press has mostly ignored something important: the Obama administration’s own economic forecast.

Buried on Page 206 of the 212-page document is Table S-12, showing what the White House thinks the economy will do over the next 10 years. The White House’s projections for inflation-adjusted gross domestic product are shown below, compared with projections from the nonpartisan Congressional Budget Office (CBO). From 2014 to 2024, President Obama expects the GDP to grow by about 2.7 percent a year. The CBO expects 2.5 percent. 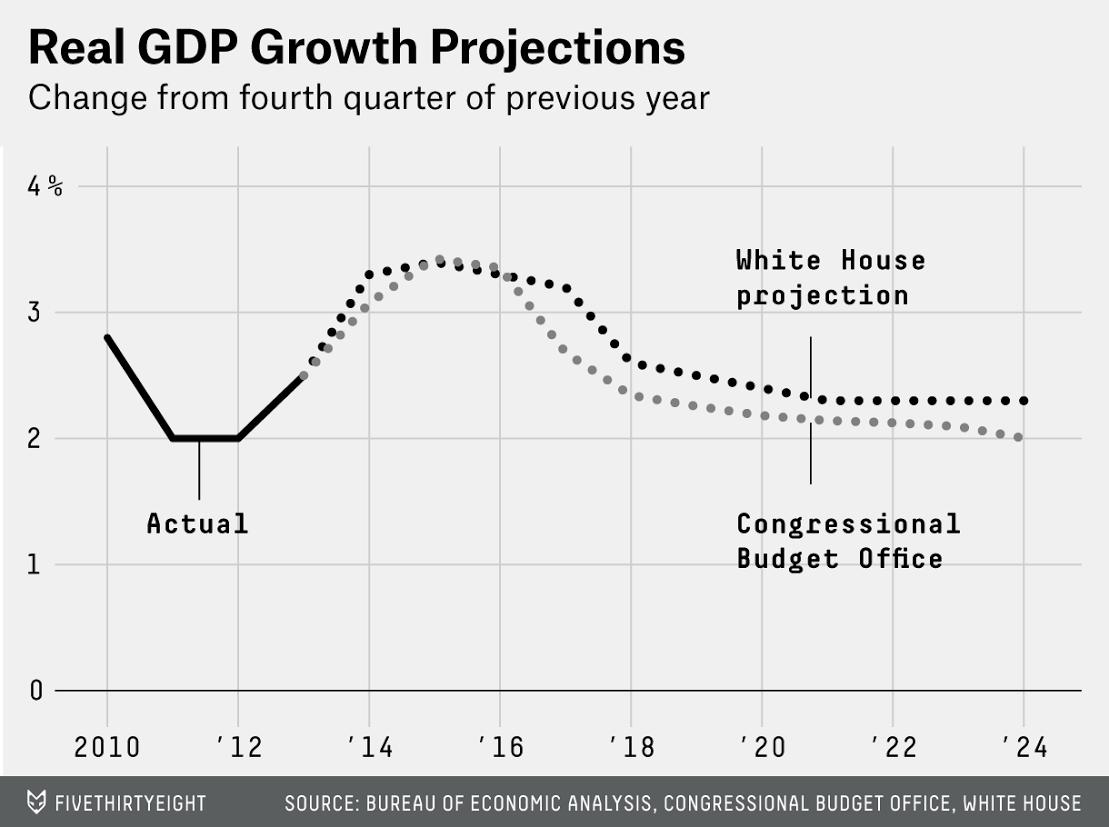 How much does this 0.2 percentage point difference really matter? A lot. It adds up over 10 years to about $450 billion in GDP (in today’s dollars).

Presidential budgets, whether from a Republican or Democrat, tend to present optimistic economic forecasts. They deserve more scrutiny; small differences in projected growth rates compound to huge budgetary differences in the future and can have tremendous implications for other federal budget proposals. For example, there’s been a lot of debate about the affordability of the president’s proposal to extend a low-income tax credit to childless adults. But the tax credit’s $60 billion price tag over 10 years is only a fraction of the $450 billion in GDP by 2024 the Obama administration predicts.

But if the CBO is right, and that extra $450 billion in GDP never materializes, the government will be out about $90 billion a year in tax receipts. (The federal government normally takes about 20 percent of GDP in taxes.)

Is the CBO right? Who knows. Economic forecasts 10 years into the future are mostly educated guesswork, and they’re wrong much of the time.