Baseball’s (nonwaiver) trade deadline is today at 4 p.m. EDT, and with it ends the last real chance for contending teams to load up on talent and address their weaknesses before the season’s stretch run. To get a sense of which teams are particularly imbalanced — and therefore need to target either pitchers or position players to shore up a roster deficiency — we plotted the wins above replacement (WAR) generated by position players so far this season against the WAR generated by pitchers.1 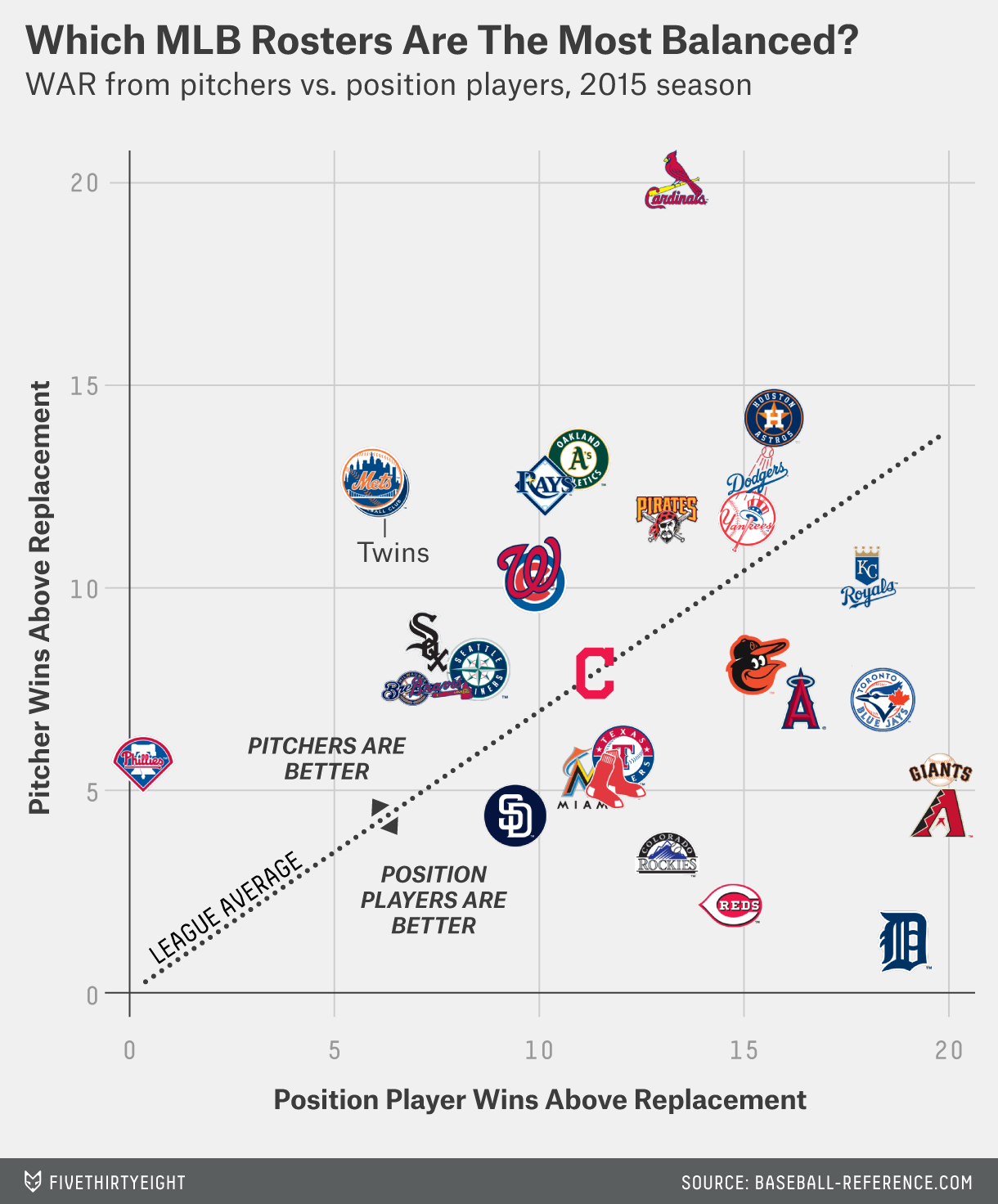 Teams farther above the dotted league-average line have received more WAR from pitchers than would be expected from their overall WAR total; they could conceivably use a bat to offset how pitcher-reliant they are. Conversely, teams below the dotted line have more WAR from position players than we’d expect from their overall WAR and would theoretically target pitchers at the deadline.

Some of the moves already made make sense within this context. Each of the top three available pitchers on the trade block — David Price, Cole Hamels and Johnny Cueto — went to teams that were hitter-heavy according to WAR this season. Then again, two of the top hitters (Troy Tulowitzki and Ben Zobrist) also went to teams who’ve received more WAR from position players than expected, so it will be interesting to see which types of teams make moves to address their weaknesses — or bolster their strengths — as the deadline looms.