There is no shortage of issues that divide Democrats and Republicans — the presidential election, the Supreme Court confirmation vote, etc. But let’s spend a little time today looking at issues that split voters within the two parties.

These issues are likely to come to the foreground after the election is over. If Republicans lose races for the presidency, U.S. Senate and some state legislatures1 — as seems likely right now — there will be a debate within the GOP about how to get back in power. Meanwhile, newly empowered Democrats would have to figure out which policies they want to advance first. On the other hand, if Democrats lose the presidential election (and it’s clear that the election was conducted fairly), we are likely to see a Super Bowl of recriminations, told-ya-so essays and infighting over how the party lost an election against such an unpopular president. President Trump and a victorious Republican Party would have to set a second-term agenda — a task complicated enough that the party opted against releasing an updated platform ahead of this year’s conventions.

So which issues divide Democrats, and which ones divide Republicans? Two polls released this week, one conducted by the New York Times and Siena College and the other by PRRI, a nonpartisan organization that focuses on the intersection of religion, culture and public policy, provide some fresh answers.

You may have noticed both that there are more dividing issues listed here among Republicans than Democrats, and that there are a lot of ideas that split the Republican Party but are fairly popular among Americans. Part of that may be the nature of these surveys — a different set of questions might have found more splits among Democrats. But there’s an important explanation that gets at the parties’ divergent strategies.

Pollsters usually ask about ideas that are part of the current political discourse, which usually means that major politicians or activists are talking about them, but that they aren’t yet law. Biden and House Speaker Nancy Pelosi, in particular, tend to campaign on and try to pass ideas that they know are fairly popular with the public, so it’s not surprising that there are lots of potential Biden administration proposals — such as a public health insurance option — that basically all Democratic voters and even some Republican voters are on board with. This Democratic approach makes sense electorally — it helps explain why the party is likely to win the popular vote in 2020 and has done so in most recent presidential elections.

Republicans like Senate Majority Leader Mitch McConnell and Trump are more willing than Biden and Pelosi to push controversial policies (such as separating children from their families at the U.S.-Mexico border) and oppose popular ones (the protection from deportation for “Dreamers” that was enacted under President Obama). So that explains why a lot of fairly popular ideas aren’t already law. This approach is more electorally risky than the Democratic one but sometimes pays dividends in terms of policy: Trump has limited immigration much more than he would have if he had only advanced and executed ideas popular with the broader American public. 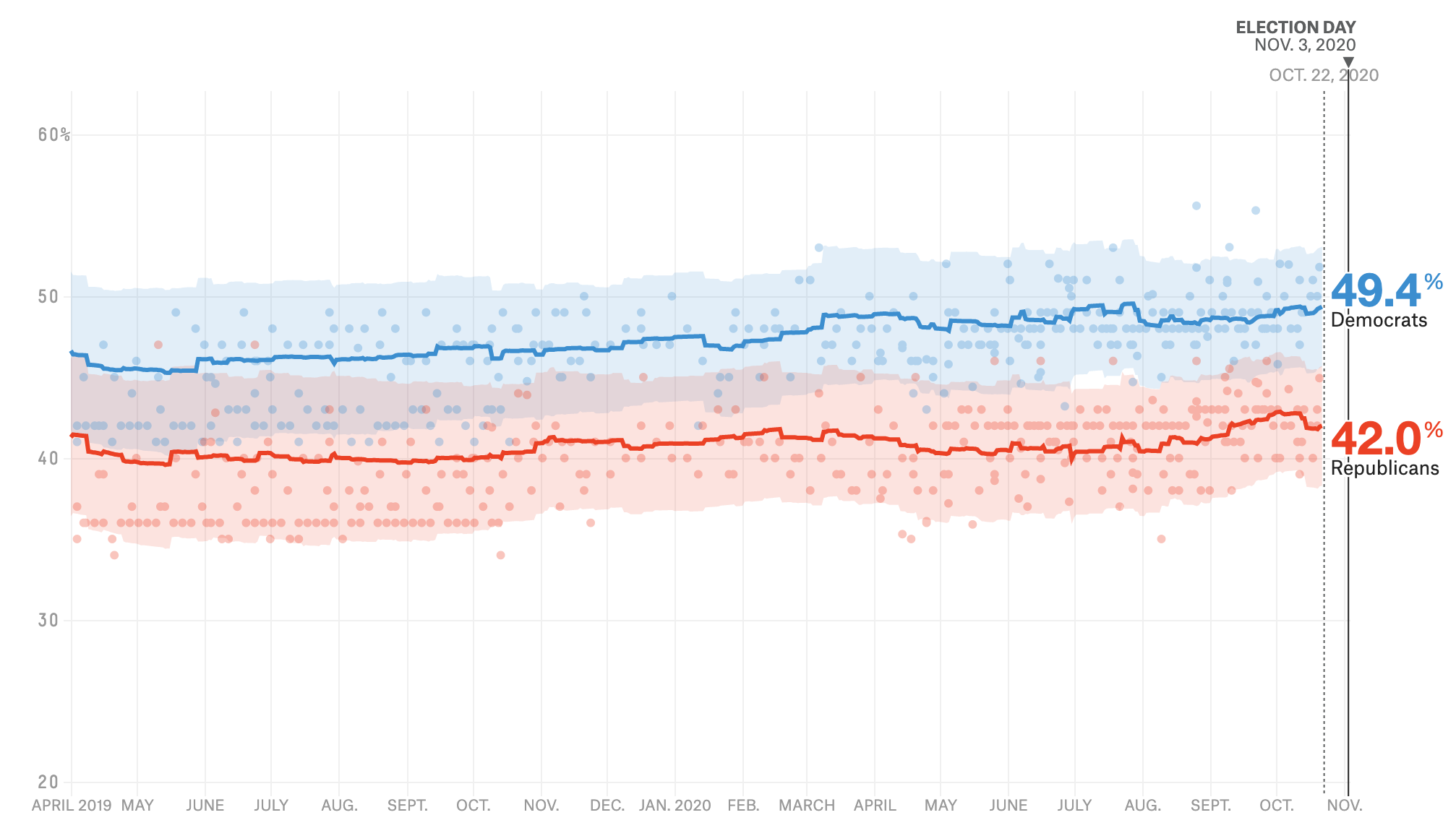