Last week, The New York Times’ Jonathan Martin noted that most Republican Senate incumbents up for re-election in 2014 have avoided strong challenges from conservatives in the primaries. The article pointed to Sens. Lamar Alexander, John Cornyn, Lindsey Graham, Mitch McConnell and Pat Roberts as examples. The only incumbent who looks to be in danger of losing is Mississippi’s Thad Cochran.

As Martin reported, incumbents have mostly avoided strong primary opponents through a combination of political skill, strong fundraising and a newfound recognition by outside groups that winning back the Senate may be easier if they don’t help knock out current senators. Still, I’d argue that the lack of strong challengers has mostly to do with the ideology of the incumbents. Most safe senators are conservative; Cochran is more moderate.

Cochran was more moderate than 85 percent of the Republican caucus in the 112th Congress (2011-2012), according to DW-nominate scores, which use roll call votes to classify representatives and senators along a liberal-to-conservative spectrum. Among Republicans running in 2014, only Sen. Susan Collins is to Cochran’s left, and Collins represents a far more liberal state, Maine. Among Republicans in solid-red states, only Alexander of Tennessee, at 79 percent, was close to Cochran. The rest fell mostly in the middle or middle right of the Republican caucus. 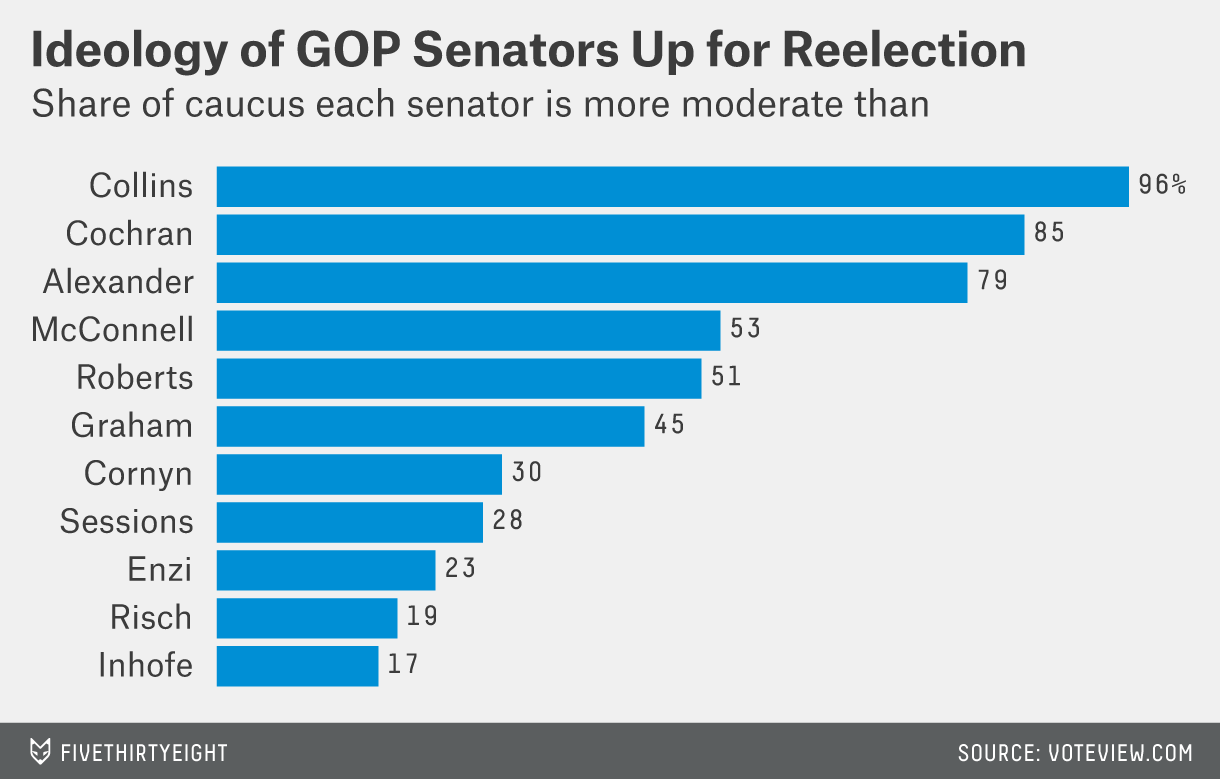 Ideology has been closely linked with a senator’s chances of losing or nearly losing a primary. Since 2002, the average endangered senator was more moderate than 89 percent of his caucus. Only one, Utah’s Bob Bennett in 2010, lost despite being in the conservative wing of his caucus. Bennett was more conservative than 82 percent of his GOP colleagues. But Bennett lost in a convention, rather than a primary; conventions tend to be more favorable than primaries to the poles of a party.

In other words, Cochran fits the ideological profile of someone we’d expect to have primary problems. We would have expected his less moderate colleagues to have an easier road, and that has indeed been the case.

CORRECTION (April 7, 3:09 p.m.): A previous version of the chart above indicated that Sen. Saxby Chambliss was running for re-election. He is not seeking a third term in 2014.