On Friday, I noted that the Florida Gators had seen a decline in their chances of winning the NCAA men’s basketball tournament despite beating Albany in their opening game. What hurt the Gators’ prospects? They defeated No. 16 Albany by an underwhelming 12 points, and they drew a tough Round of 32 matchup against Pittsburgh and a looming regional final matchup against either Kansas or Syracuse.

But the Gators had a terrific weekend. They thrashed Pittsburgh by 16 points. And they were helped by upsets in the other half of the South region, with No. 3 Syracuse and No. 2 Kansas both losing to opponents with double-digit seeds.

All in all, the Gators benefited more than any other team from the opening week of the tournament. Their chances of winning the national title are 18.4 percent, up from 14.5 percent before the tournament began. 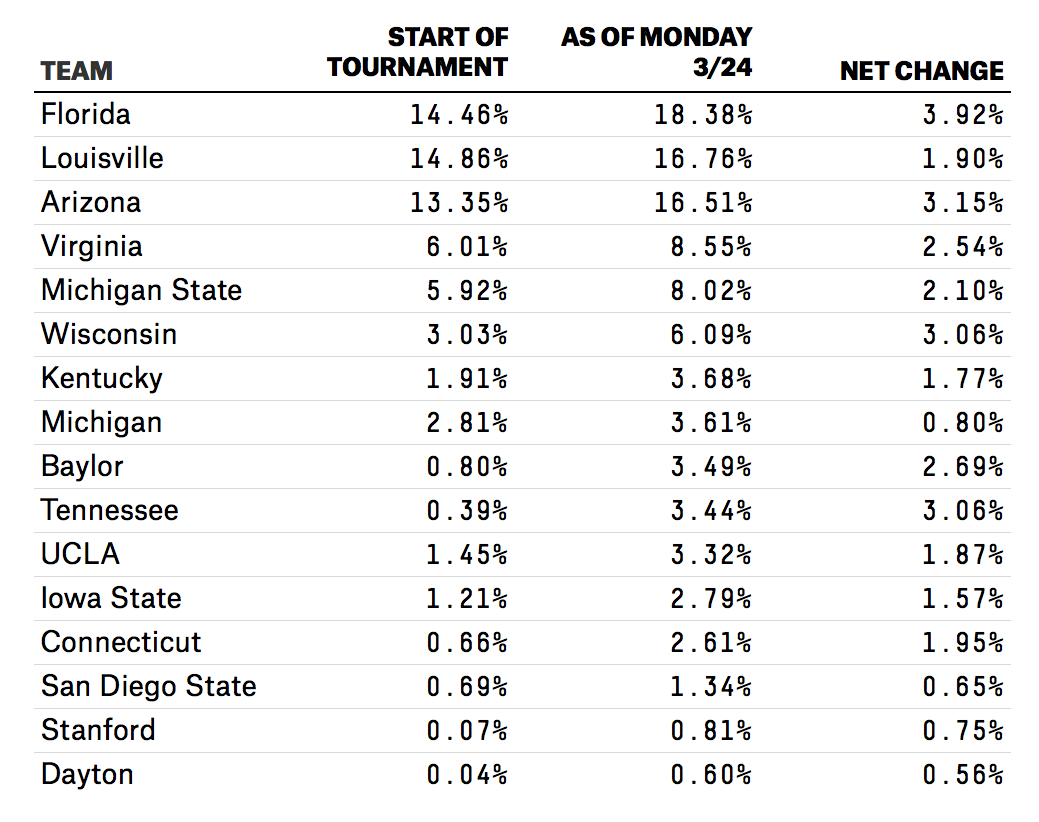