One company has transformed the Chinese holiday “Singles Day” from a small celebration thought to have been started by university students in the early 1990s into the biggest online sales days of the year: Alibaba. The online retail giant announced sales totaling more than $9 billion for all of Tuesday (because the date contains nothing but the number 1, the holiday is celebrated Nov. 11). And it doesn’t plan to stop there — execs at Alibaba say that “Singles Day will be for the whole world,” and it looks like they’re taking aim at a pretty big market.

In China, that market is already clear. Among its 1.35 billion people, 11 percent of women and 20 percent of men in China were single at age 30, according to the country’s 2010 census (PDF). That’s a lot of citizens who could be celebrating Tuesday, even if the vast majority of them will probably get married in the future.

What if Singles Day were to become a holiday in other countries? What percentage of residents elsewhere might fill their online baskets to celebrate their uncoupled status? The Organization for Economic Cooperation and Development (OECD) collects data on marital status in 34 developed countries. Of those, the biggest country of bachelors and bachelorettes is Denmark, where 24 percent of the population age 20 and older is single and living alone. By contrast, that figure is just 4 percent in Turkey. 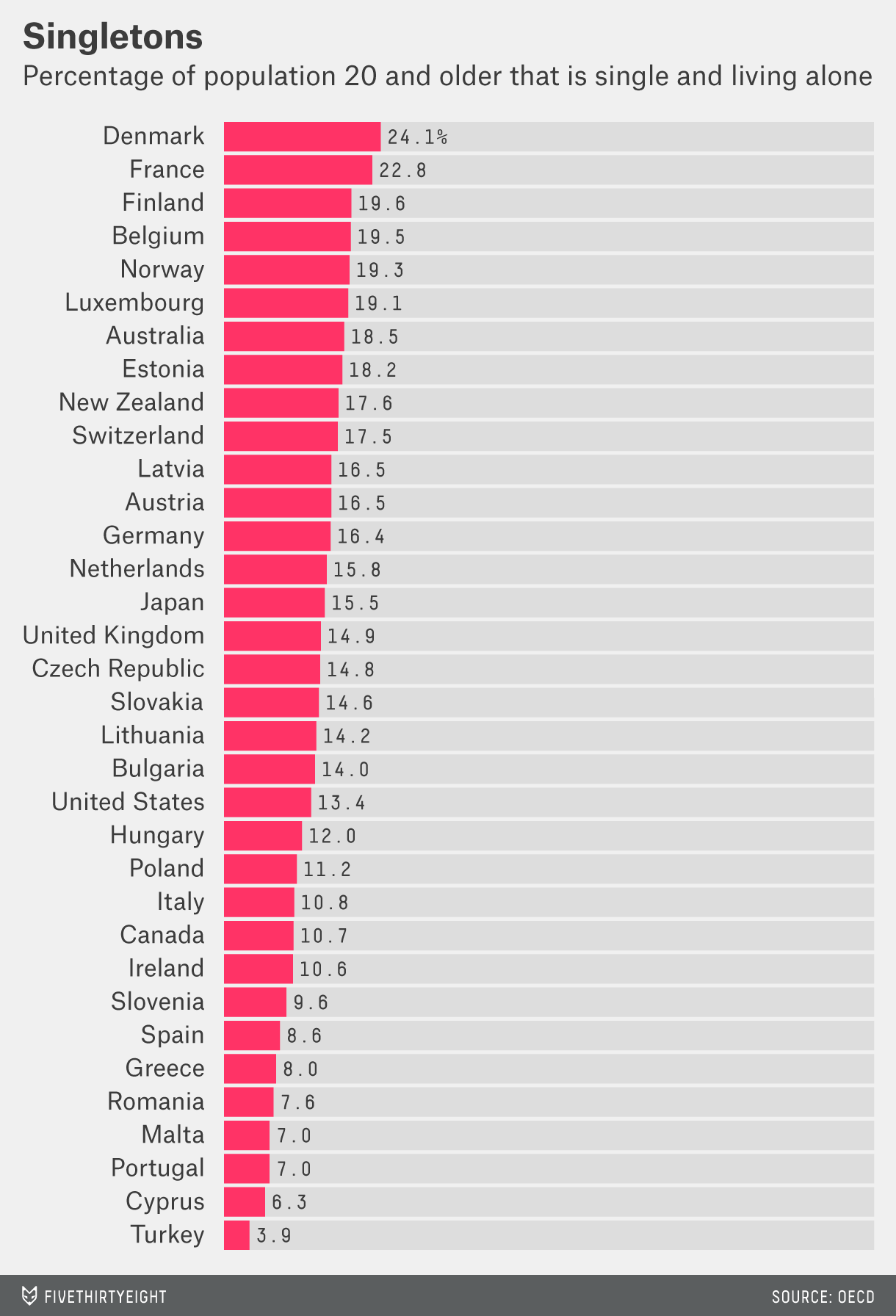 Some countries publish a separate breakdown of the marital status and living situation among those ages 20 to 34, which the OECD also collects. That data is useful because some of those people celebrating their Singles Day breakfasts in China will almost certainly be doing so in their parents’ kitchen. 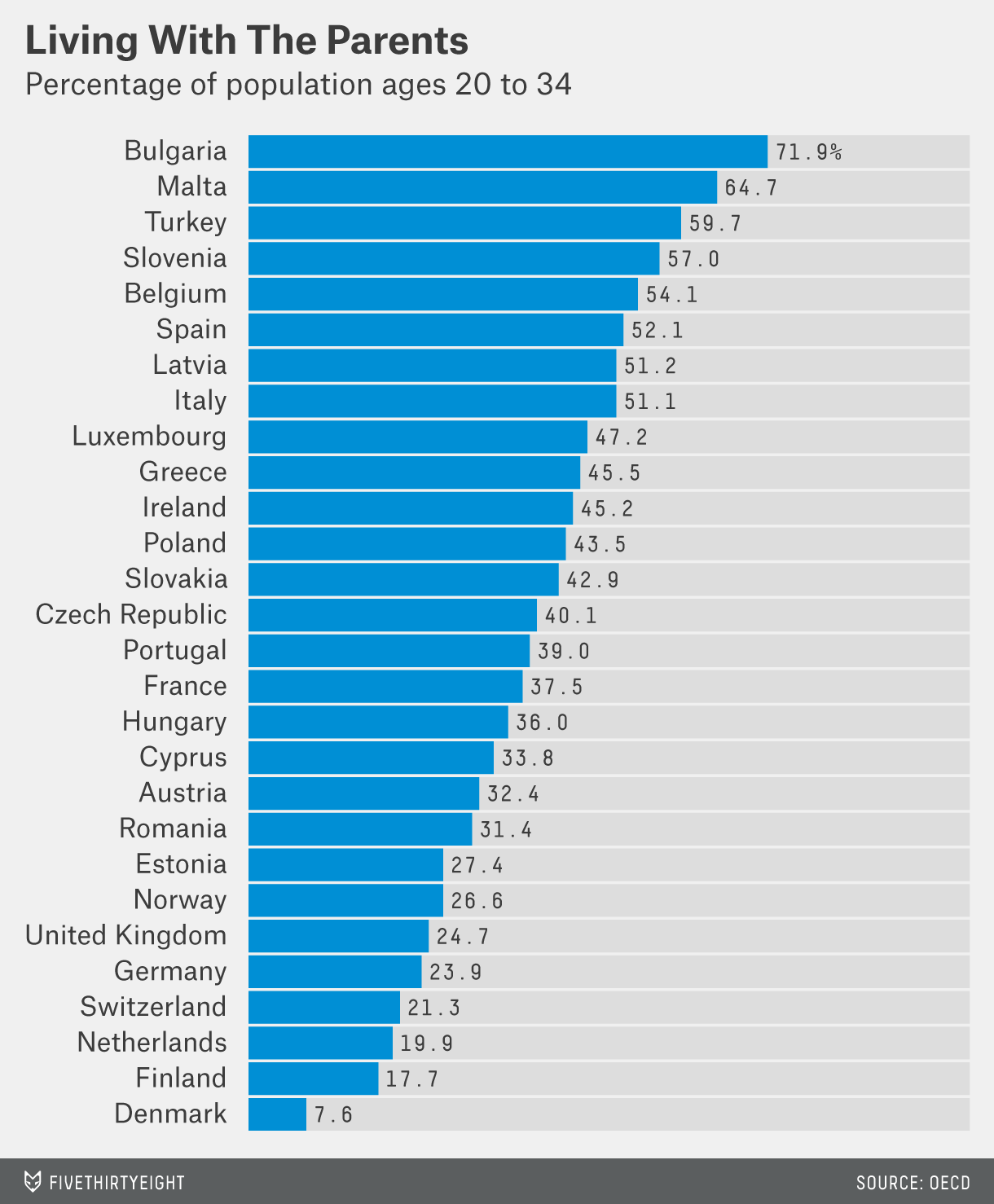 This time, Denmark is at the bottom of the list — just 8 percent of Danes ages 20 to 34 are living with their parents (though this says nothing about whether those individuals are dating, we do know that they’re not married or cohabiting because those are separate categories). At the other extreme, nearly three-quarters of Bulgarians in the same age group are living with their folks.