The nine black Americans killed Wednesday evening in Charleston, South Carolina, had gathered for bible study in a vital institution for southern black communities: a church. Emanuel AME Church, the site of the shooting, has a particularly rich and tumultuous history, but it’s not unusual in drawing community members for activities that go far beyond Sunday services.

About 14 percent of black adults in the South responding to the General Social Survey in 2012 and 2014 said they attended religious services more than once a week, according to data pulled by my colleague Harry Enten. That’s a bigger share than southern non-Hispanic whites (10 percent) and Hispanics (6 percent) and also than blacks in other parts of the country (10 percent in the Midwest, 4 percent in the Northeast and 3 percent in the West).

“As compared to other groups, church involvement has been pretty consistent among the black community, despite the fact we live in a secularized, globalized society,” Sandra L. Barnes, a sociologist of religion at Vanderbilt University, said in a telephone interview. She attributed this in part to the church’s multifaceted role, delivering spiritual nourishment and also communication, practical support and activities such as voter registration and mobilization. It has remained strong even in the face of more alternative channels for connection and engagement, Barnes said, noting that contemporary black churches are expanding their purview through social media.

That has remained especially true in the South. About 69 percent of southern black adults attended religious services at least monthly in 2000 through 2002. That figure in 2012 through 2014 was 67.6 percent — higher than among southern Hispanics and non-Hispanic whites, and higher than among blacks in other parts of the country. 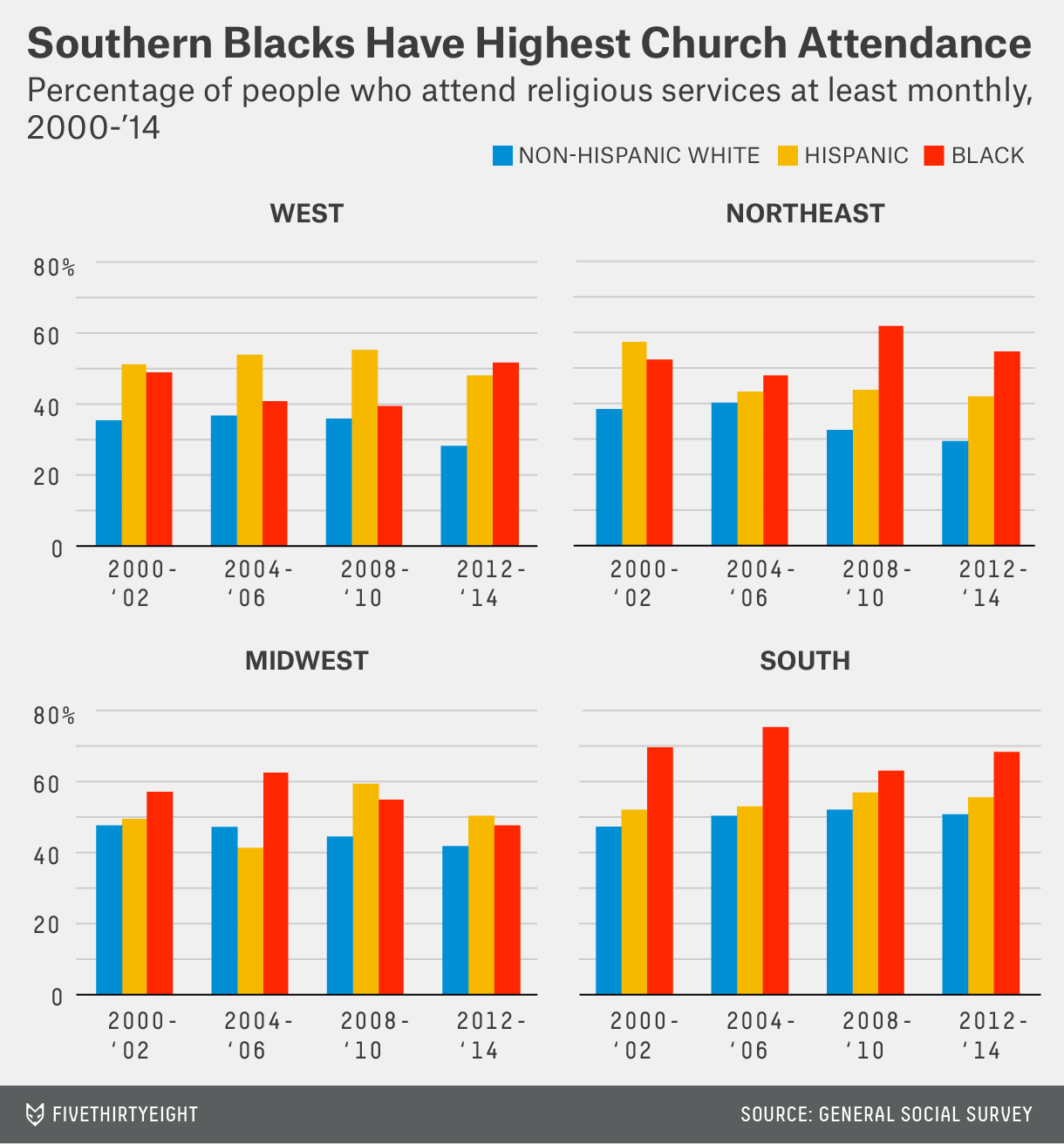 “Secularization is less influential” in the South than in other parts of the country, Barnes said, by way of explaining the persistently high levels of church involvement.

I asked Barnes if she thought an attack on this important institution could create fear and reduce church attendance. She cited the nationwide prayer vigils in response to the shootings as evidence that attendance won’t drop.

“There is a long legacy of being very adaptive and resilient in the black community,” she said. After all, black churches in the South have been attacked many times before, yet attendance remained strong. What’s important is how the initial reaction evolves into a campaign and a counter-narrative against intolerance, Barnes said.
“I am hoping,” she said, “it will cause church members, not only in Charleston but across the country, and their allies to think about next steps.”