While overall access to paid vacation has been essentially flat since 2010, there have been significant changes beneath the surface. Take service workers: In 2010, 59 percent of workers in service jobs had access to paid vacation time; today only 55 percent do. But workers in maintenance and repair jobs have seen gains over the same period: 93 percent of them get paid time off, up from 90 percent in 2010. 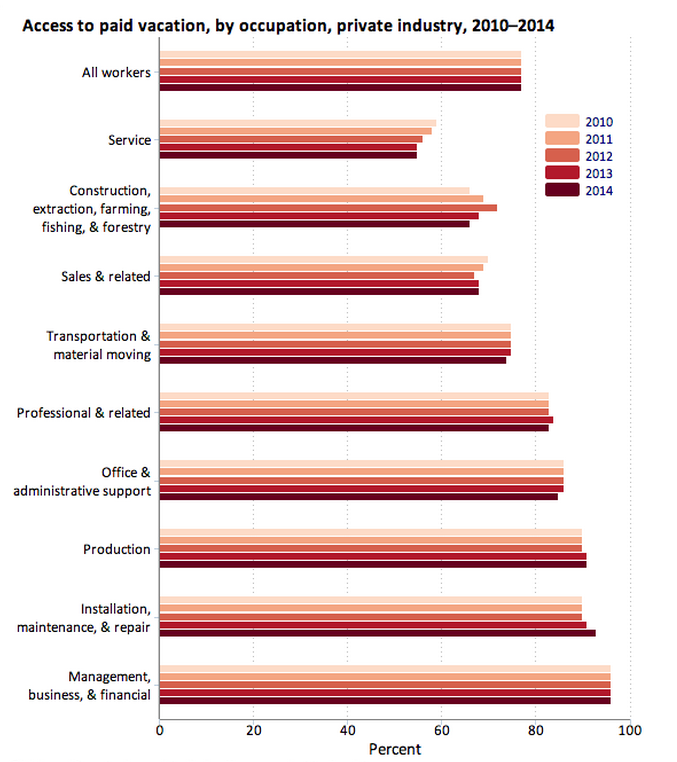 It’s dangerous to read too much into year-to-year changes, especially when they’re just a few percentage points up or down. But the data does seem to fit with other evidence that the job market is increasingly bifurcated. People with trade skills, a college degree or other in-demand qualities are seeing increased opportunities and, in some cases, faster wage growth. Those further down the skills spectrum are seeing little wage growth; many are also stuck in part-time jobs, which are much less likely to offer benefits. (In 2014, 87 percent of full-time workers had access to paid vacation, and 78 percent got paid sick leave; for part-timers, those figures were 34 percent and 25 percent, respectively.)