“Mike Huckabee and Sean Hannity keep talking about his bare chest, which is kind of weird,” Obama quipped. “Look it up. They talk about it a lot.”

Well, Mr. President, I did look it up, and here’s what I found: It’s not just conservative commentators who love a shirtless Putin. Everyone does!

I searched the Internet Archive’s database of TV news transcripts for the word “Putin” coupled with “chest,” “shirtless,” “naked,” “topless” and “nude” (you can search here), and I manually marked as relevant every instance where the commentators were actually talking about Putin’s pectorals (as opposed to his “war chest” or other irrelevant uses of each word).

From August 2009, when the archive begins, through the beginning of May 2014, the database shows that MSNBC mentioned Putin’s pecs on 70 distinct days. And Fox News did so on 69 days. CNN did so on only 34 days. 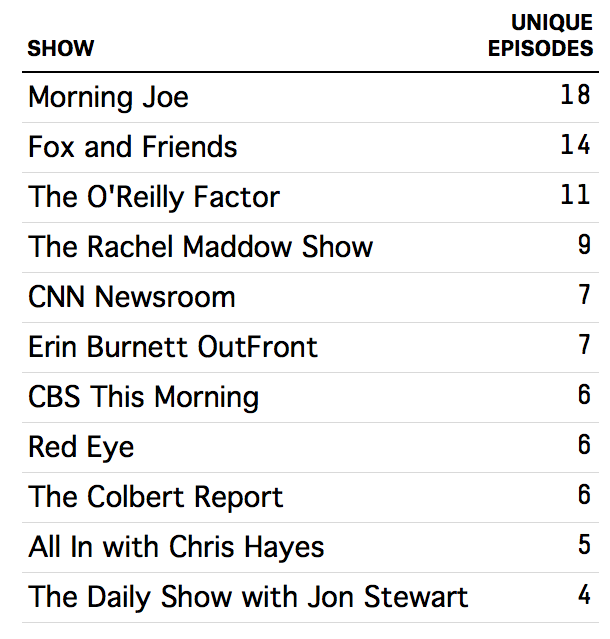 Both liberal- and conservative-leaning media outlets have discussed Putin’s chest, flashing images of his topless adventures onscreen. “Morning Joe” on MSNBC and “Fox and Friends” on Fox News were among the most eager to refer to Putin’s bare chest. Comedy Central’s Stephen Colbert and Jon Stewart also made the list. (For the above table, I manually removed rebroadcasts, counting only unique episodes.)

Putin’s bare-chested horseback rides and staged quests for ancient Greek urns are, it seems, a recurring source of content for TV news shows, talk-show hosts and comedians — both liberal and conservative.

And we’re obviously not immune from the fascination: