On Monday, I examined how people are using data to define one of the murkiest musical genres out there: classic rock. As part of the project, I monitored radio stations in 25 of the largest markets across the United States specializing in the classic rock format.

Read the article to see what is and isn’t classic rock, but here’s another hallmark of the genre that I noticed: It’s home to many artists with a single golden hit — and little else. These one-hit wonders may not have made the indelible impact on music that Led Zeppelin or The Beatles have, but these hits are some of the most recognizable tunes out there.

After keeping track of the songs played on these classic rock stations, I looked for songs that represented a disproportionate number of plays for a given artist. For example, Thin Lizzy had 123 song plays on the 25 stations over the week that I monitored them, but 106 of those plays — 86 percent — were “The Boys Are Back In Town.”

Finally, I calculated each song’s share of its performers spins. (I set the threshold at 75 percent to find the most disproportionately popular hits.)

Interestingly, not all of the top songs are what we’d normally consider one-hit wonders. Nobody would call Joan Jett or Toto a one-hit wonder, but when it comes to classic rock radio, the main attractions are absolutely “I Love Rock ‘n Roll” and “Hold the Line,” respectively, this data shows. I’ve completely disqualified only one song from the top set, “Under Pressure” by David Bowie and Queen, only because that was a one-time collaboration and each artist is massively commercially successful in its own right.

Here’s the list of the most popular “one-hit wonder” songs on classic rock radio, ranked by aggregate plays over the observation week: 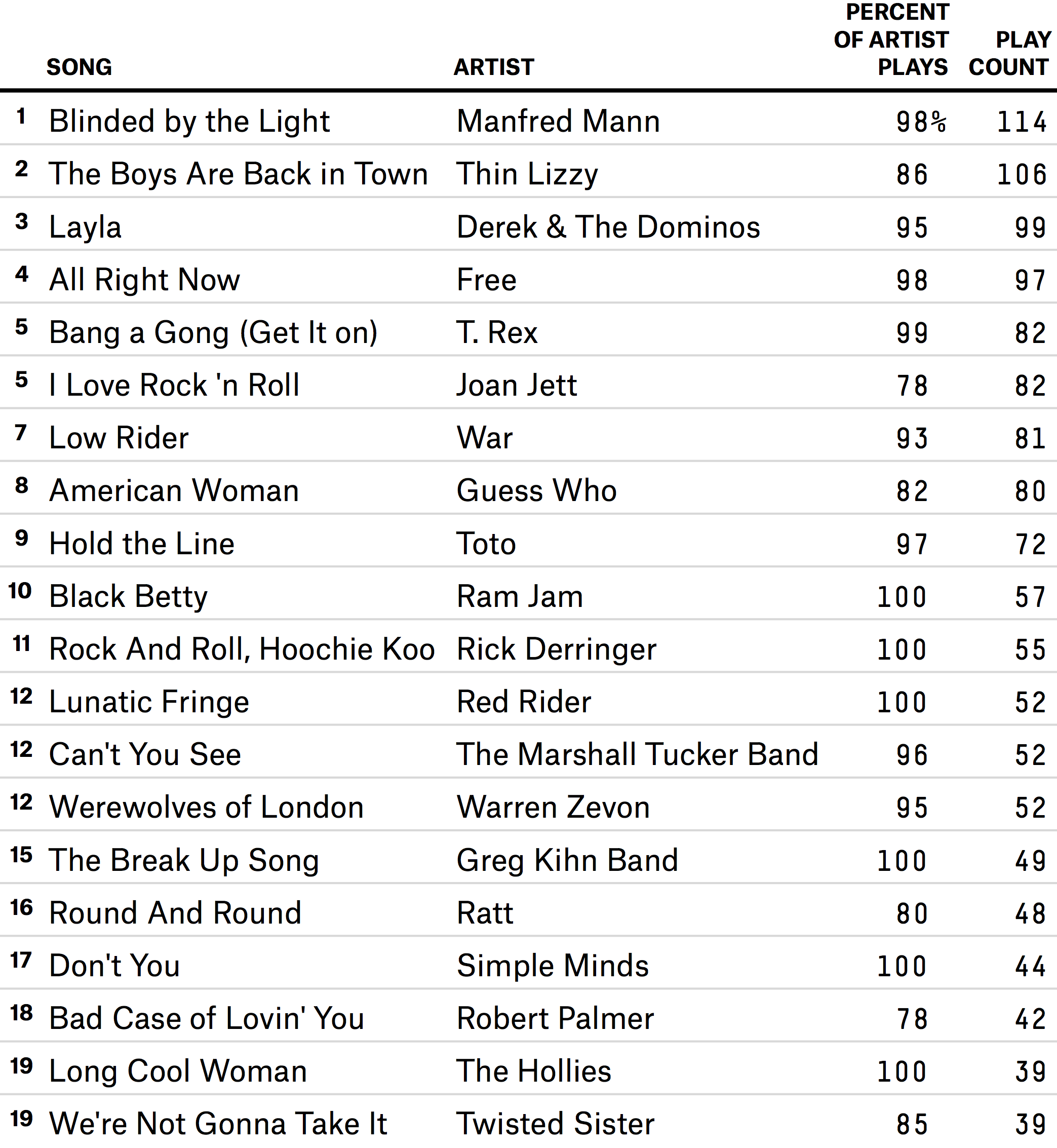