To avoid getting ripped off this holiday season, take a capuchin monkey shopping with you.

The six-figure price tag on a luxury Rolex will cause many of us to lust for it, maybe even foam at the mouth. But the allure of high-end labels is lost on the capuchin monkey. While research has shown monkeys share many of the irrational biases we have, a new study by Yale researchers found that these furry primates aren’t fooled into thinking a higher price means higher quality. They’re the most rational shopping partner you can find.

Studies show that people are easily deluded into thinking a wine with an expensive price tag tastes better than the same wine labeled with a cheaper price. Although it’s the same blend, we have a more positive experience when tasting the higher-priced drink. In other studies, people thought a painkiller worked better when they paid a higher price for it. 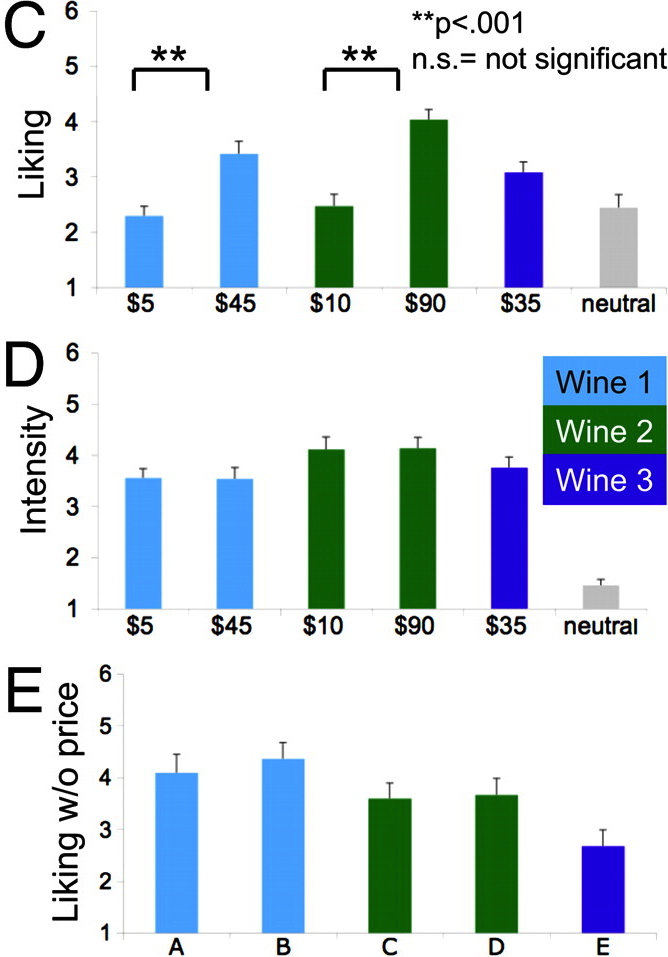 But Yale researchers have found that learning the price of a good does not change the capuchin monkey’s preferences for that good, making them all the more wiser shopper. (The chart to the left, from the study, shows the preferences of people.)

The monkeys in the study were given small tokens, which they could use to purchase chunks of flavored ice by placing the correct number of tokens in the hand of the experimenter. The researchers priced one of the ice flavors at one token and the other at three tokens, because monkeys are able to distinguish items that are three times the value of other items.

“We know that capuchin monkeys share a number of our own economic biases,” said Laurie Santos, a psychologist at Yale and senior author of the study, published this week. “Our previous work has shown that monkeys are loss-averse, irrational when it comes to dealing with risk, and even prone to rationalizing their own decisions, just like humans. But this is one of the first domains we’ve tested in which monkeys show more rational behavior than humans do.”