The 2014 Emmy Award nominations were announced on Thursday, with lots of nominations for perennial favorite HBO and up-and-comers like AMC and FX. Netflix, which made history last year with the first batch of nominations for digital-native programming, had a banner year again. Who didn’t? Well, at least compared to its domination of Emmys in the ’90s, network television isn’t looking so hot.

I looked up Emmy nominations over the past 20 years for the main (i.e. nontechnical) awards and counted the number of nominations per network over time. Here’s what the four basic broadcasters — NBC, ABC, CBS and Fox — have looked like over time: 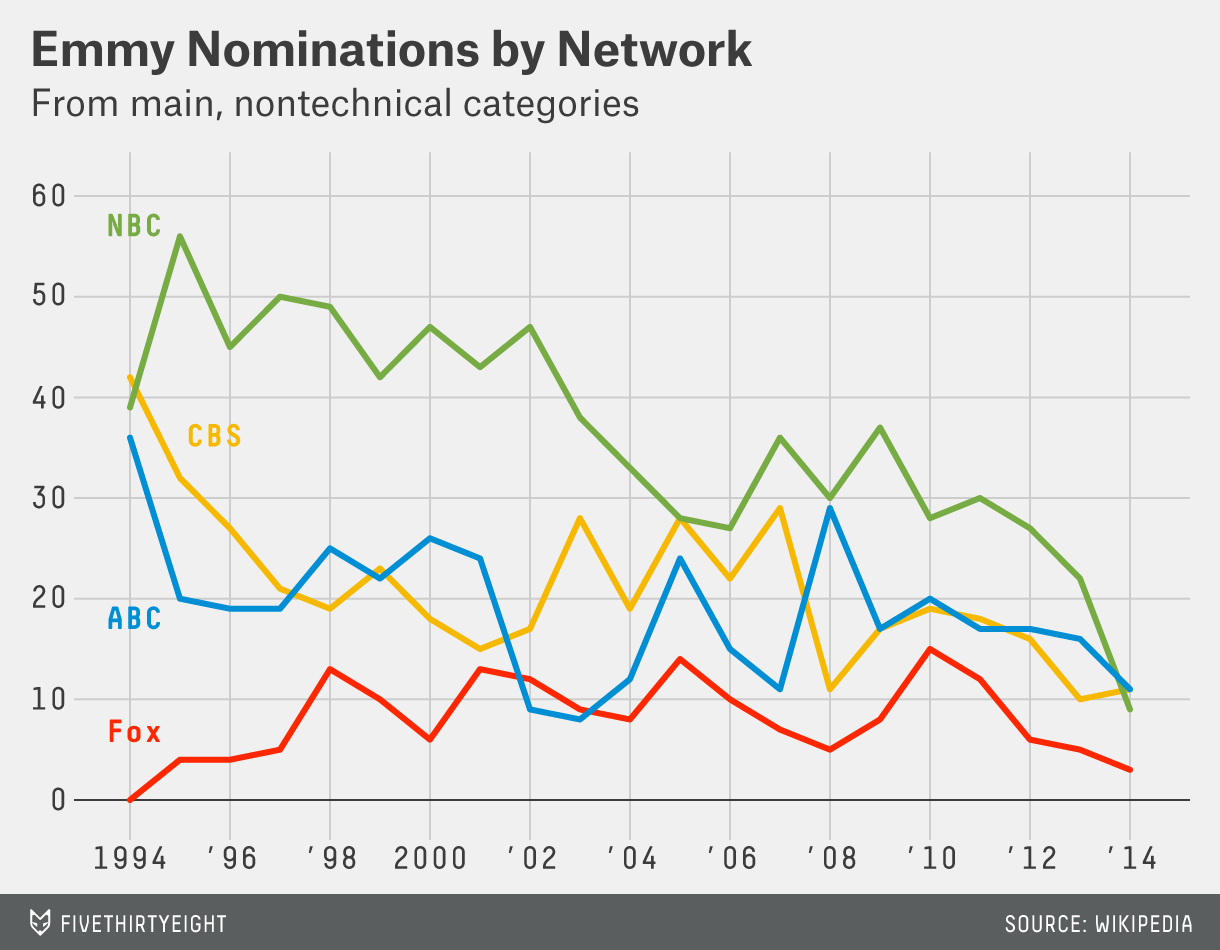 Excluding Fox, which wouldn’t know an Emmy-winner if it bit off the network’s hand, we see a pretty substantial decline across the board. What’s causing this? Is it premium cable networks like HBO and Showtime? 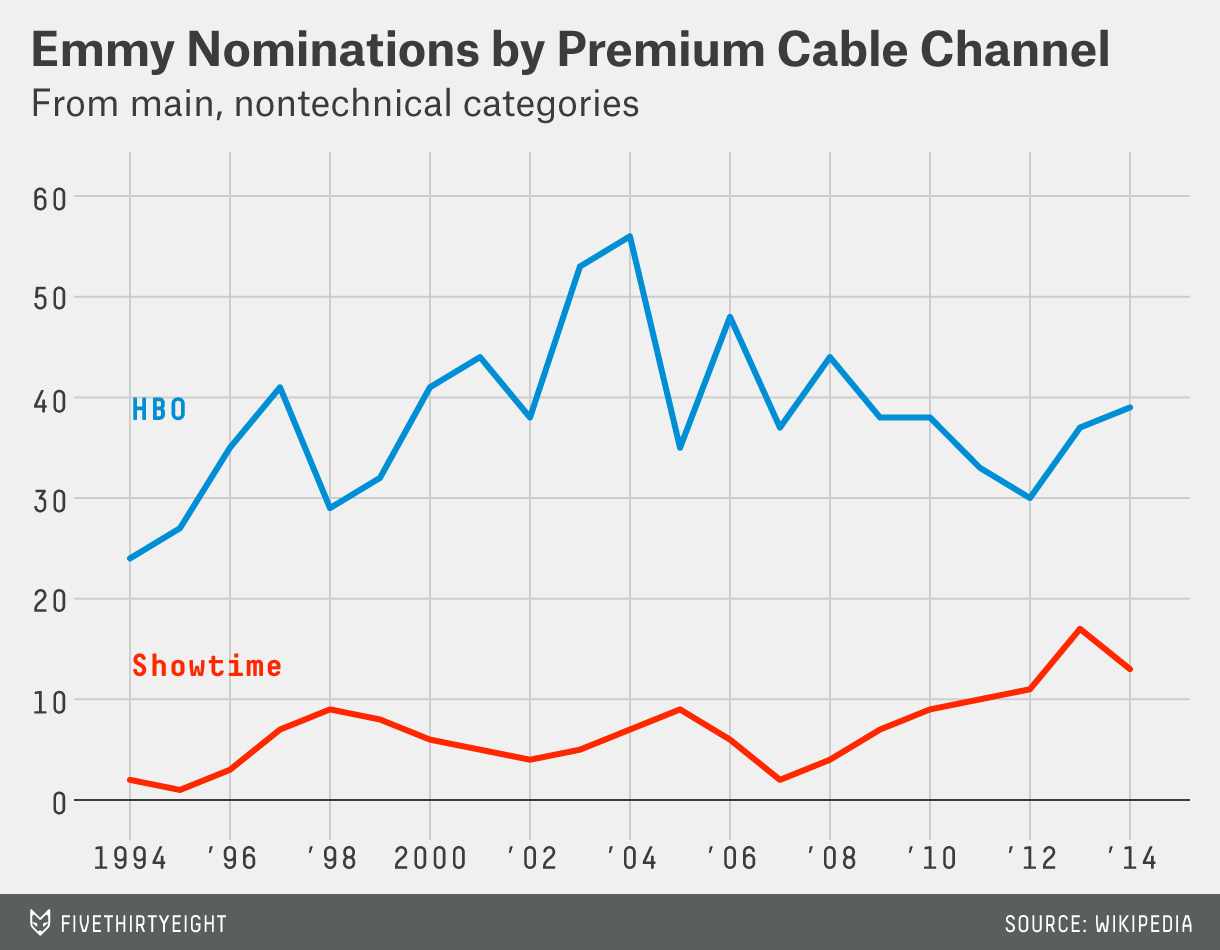 Not really. Indeed, there was no consistent change in the number of Emmys HBO and Showtime earned over the past two decades, although Showtime has made some steady gains more recently.

So where are those network Emmys going? Well, let’s look at some of the cable channels that have made the biggest splashes in the past few years. 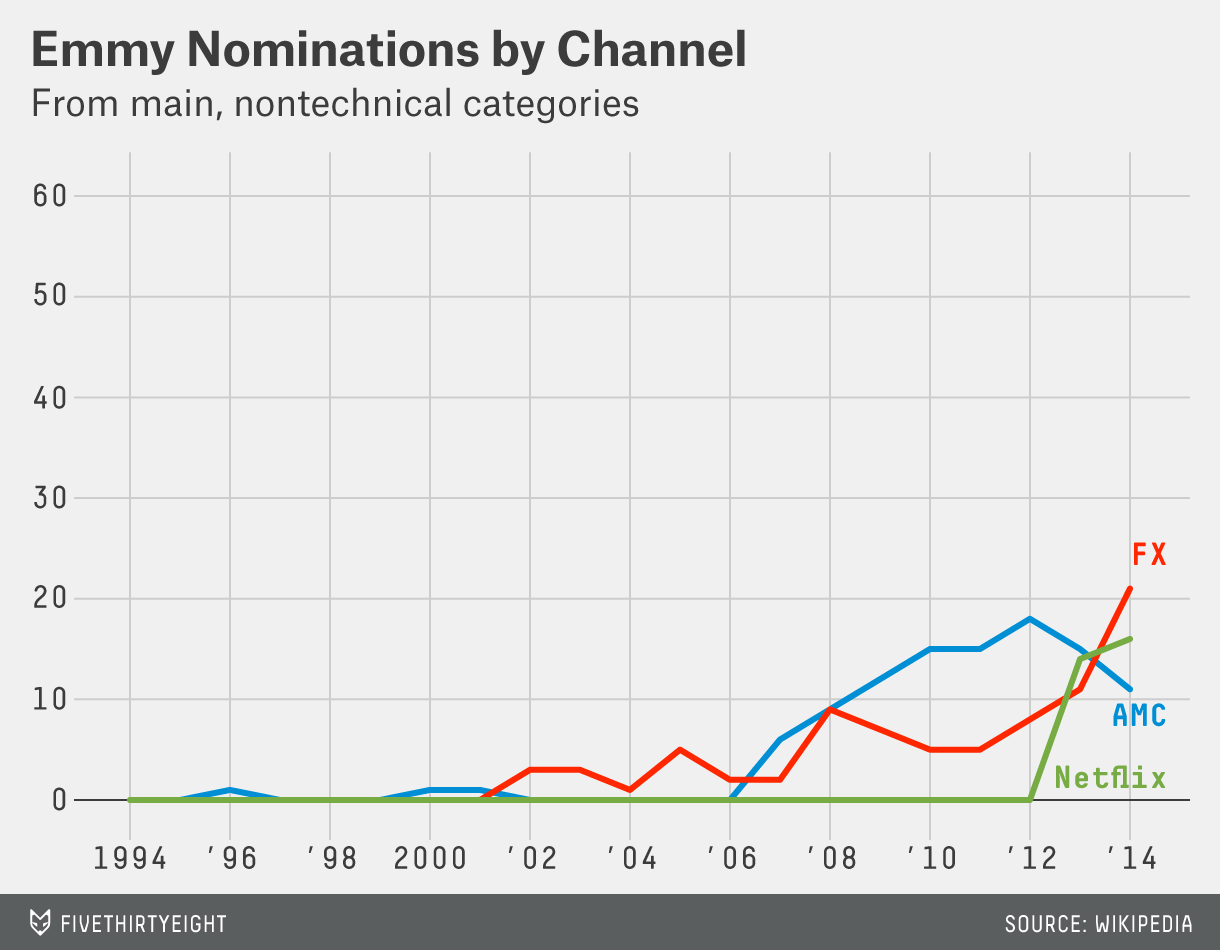 When it comes down to it, Emmy nominations are a finite resource, and each network is competing for them. FX, Netflix and AMC have made huge gains over the past several years (with Showtime perhaps thrown in, too), and that’s come at the expense of Emmy accolades for traditional networks. It’s just remarkable to see how big of a dent that’s made. And Netflix deserves huge credit for growing so fast — it did in just two years what AMC did in six. 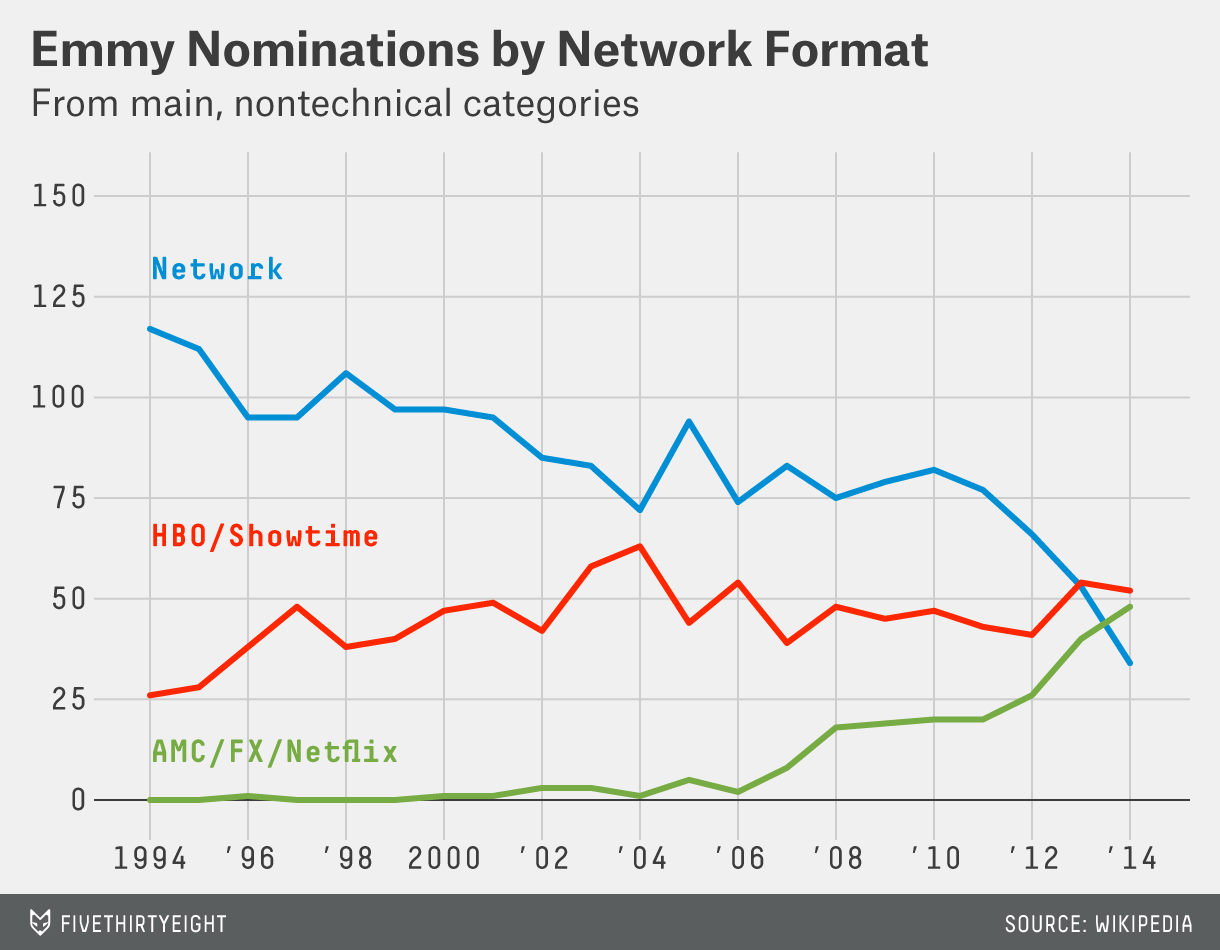