A Kansas firefighter rescued some World Series tickets from a burning house. A man was robbed at gunpoint outside Missouri’s Kauffman Stadium for his tickets. The Feds seized more than a hundred ersatz tickets, along with some “counterfeit panties” (don’t ask me). A Kansas City Royals fan was ready to sell his Mustang to get tickets for his family.

Then again, Wade Davis’s wife tipped her waiter with a World Series ticket.

How much are these things worth, anyway? This year, an average of $930 apiece.

The New York Times reports that Game 1 of the World Series drew only 12.2 million television viewers — the worst Game 1 ratings on record. But though the television audience for 2014’s Series isn’t much interested, the fans trying to get into the stadiums certainly are. Ticket prices are up this year.

Playoff tickets are a hot commodity in sports and, unsurprisingly, World Series tickets are baseball’s most expensive. Even still, the jump from the earlier playoff rounds is remarkable. This year, they’ve been nearly five times as expensive as any other playoff round.

Using transactional data provided to me by SeatGeek — which gathers price data on a number of popular online ticket resellers — here are this year’s average ticket prices for all the playoff games, by round: 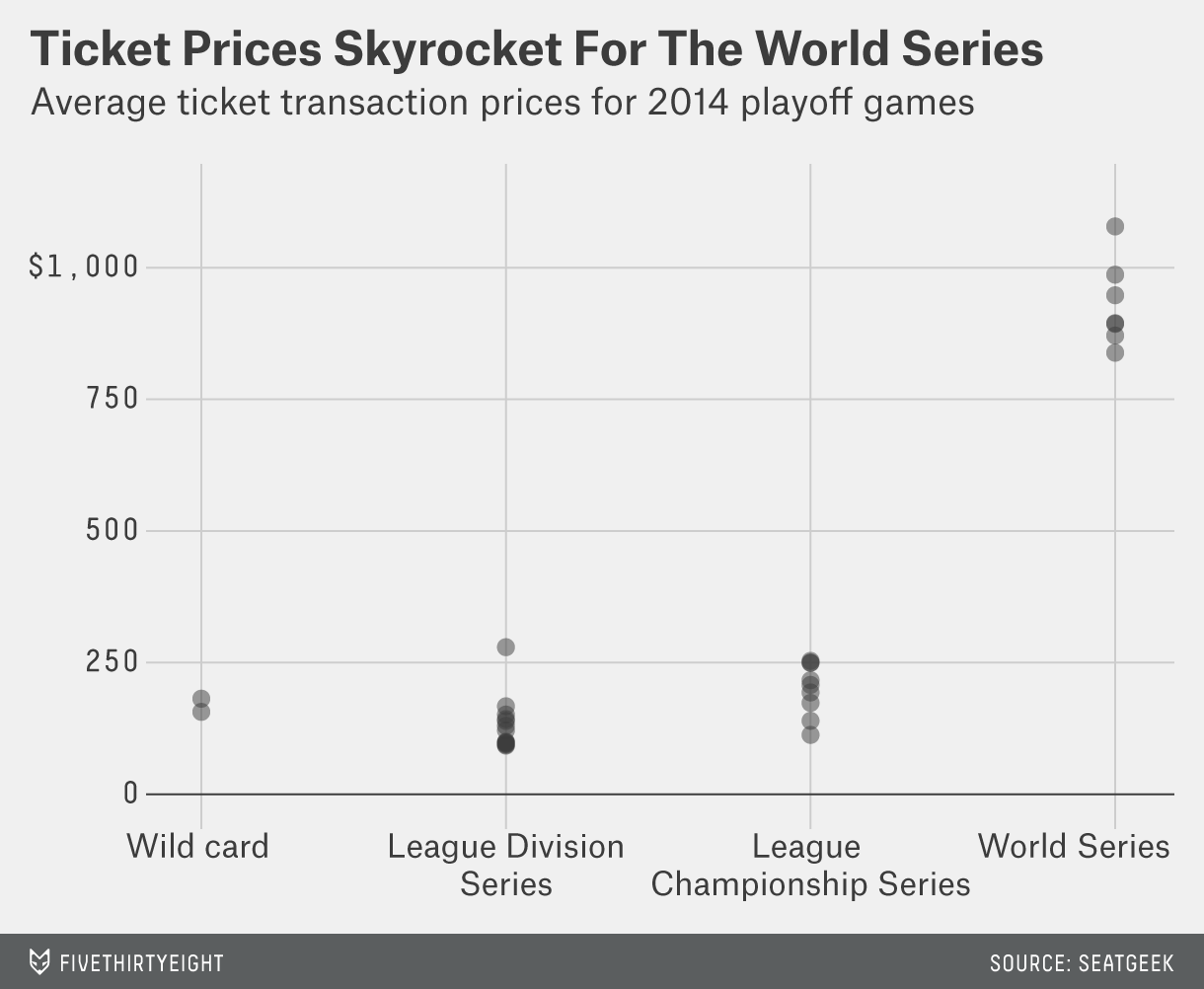 (Note that chart this includes ticket transactions for unplayed, and potentially unnecessary, World Series games. Prices may have fluctuated. ) The average price for this year’s two wild card games was $169. For league division series games, it was a bit less: $129. For league championship series, it was $200.

With the San Francisco Giants seeking to establish a sort of quasi-dynasty, and the Royals looking for their first championship since 1985, the fan bases seem eager. And though the fans’ demand to see their home teams has boosted in-person prices, the Royals’ small television market may be to blame for the low television ratings.

Not only have prices jumped sharply going into the Royals-Giants matchup, but this year’s Series has also outpaced recent fall classics. The past few years’ World Series averages were $766, $634, $618 and $797. Not a single game of the 2014 Series averages a ticket price below $800.

Here’s the spread of prices for recent World Series games: 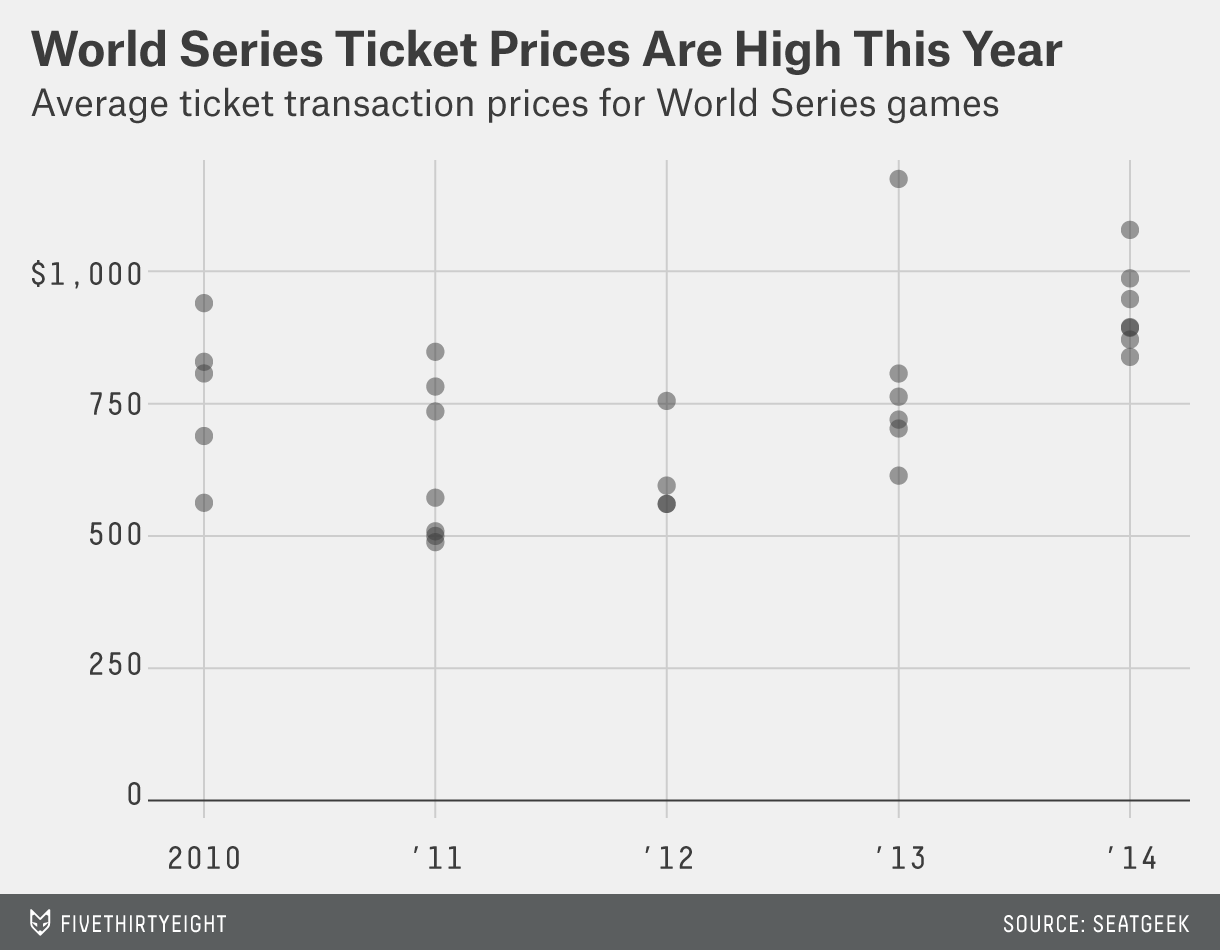 If the current price for Game 7 holds (and, of course, if that game is necessary), about $40 million will have been spent on the tickets to fill Kauffman Stadium. They’re averaging $1,078 a pop.

The outlying game in 2013 was Boston’s clinching Game 6 over the St. Louis Cardinals at Fenway — the first time the Red Sox had won the Series at home in 95 years. It’d have set you back an average of $1,175 to see that one — reportedly the most expensive baseball ticket in history.

The going price for Saturday’s Game 4? A relatively affordable $987.