Back at the start of the season, we ranked the dominance of every team in every season of MLB history using Elo ratings, a measure of relative team strength. The 1939 Yankees came in first, the 1906 Cubs second. Now that 2016 is done, where did this season’s Cubs place?

Our updated rankings are below, but you’ll have to scroll a bit to find the 2016 Cubs: They came in 70th.

Chicago was outstanding at the beginning of the season and was briefly on pace to be one of the greatest teams of all time. After a 25-6 start — on pace for 131 wins! — they cooled considerably and actually had a losing record (28-29) in their next 57 games before the All-Star break. They closed out the season on a 50-23 run, a 110-win pace, but those midseason blues cost them a chance at the record books. Here’s how their Elo rating fluctuated over the course of the season, with the Indians added for reference: 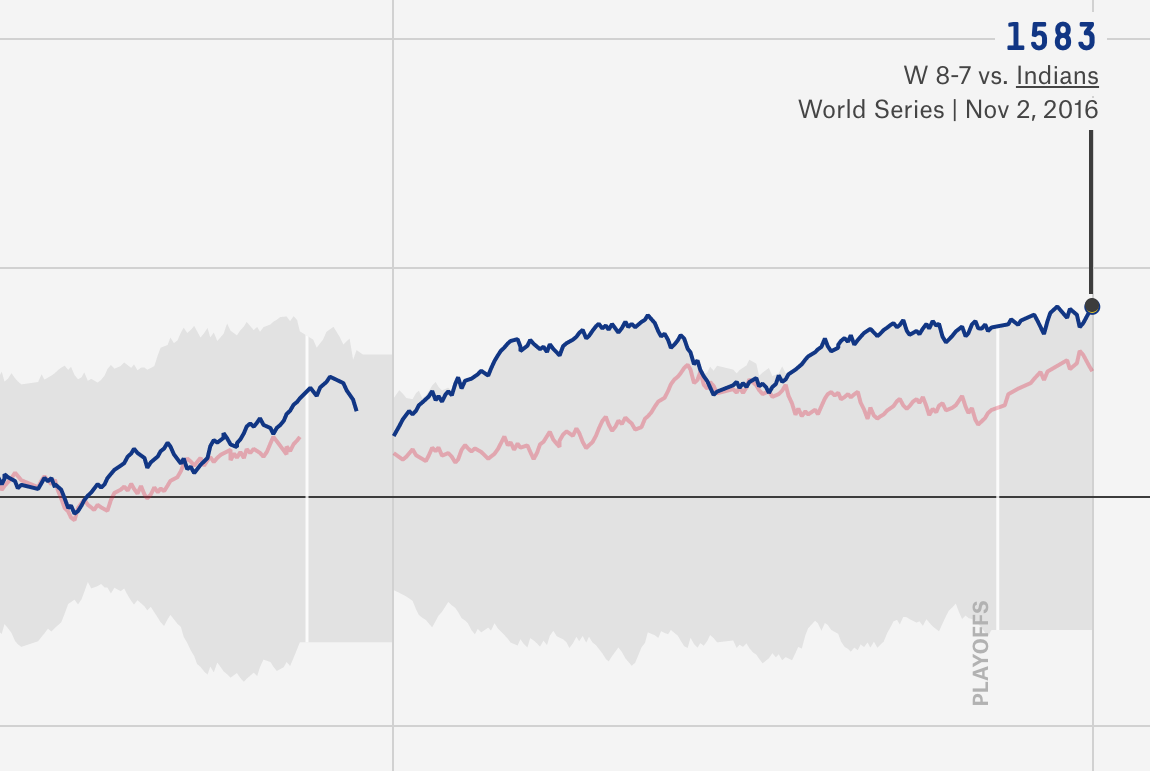 There’s some good news for the Cubs, though. For one, they won the World Series, the first for the team since 1908. Who cares about their Elo rating! But it’s also a lot harder to dominate MLB than it used to be. The best teams in baseball history, in terms of how well they performed in the league at the time, mostly come before the 1960s. Chicago is just the third team of the 2010s to crack the top 100 and the first Cubs team to do so since the 1930s:

In fact, the 2016 Cubs were the most dominant baseball team since the 2009 Yankees, who ranked 33. Chicago might not be one of the greatest baseball teams in baseball history, but it’s one of the best in recent memory, and with a young, talented roster, there’s no reason to think they couldn’t match or beat their performance in 2017.