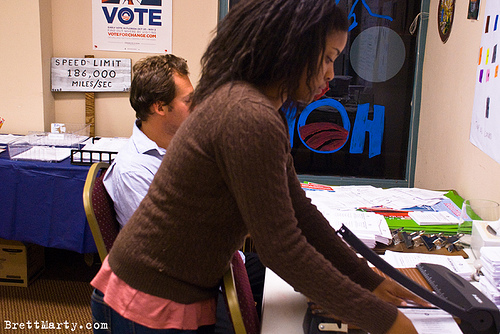 In the last pic’s comments, a Republican organizer suggested that if the office isn’t making phone calls during the 72 hours, it has no reason to be open. Kind of says it all.