According to the USA Today NFL Arrests Database and Wikipedia, Hernandez appears to be the first NFL player ever arrested and convicted of a murder that he committed while still in the NFL (though Jovan Belcher was a member of the Kansas City Chiefs when he shot and killed his girlfriend, Kasandra Perkins, before committing suicide in 2012).

I’ve written about crime and the NFL before, particularly on domestic violence (“The Rate of Domestic Violence Arrests Among NFL Players”). Murder arrests were also part of the data set I used, and show how Hernandez’s case fits into the broader crime rates in the NFL. Arrest rates among NFL players are likely1 well below the national rates for the comparable age group, pretty much across the board. Overall, police arrest NFL players about 14 percent as often as other 25-29 year old males, but that ratio varies widely by type of offense. 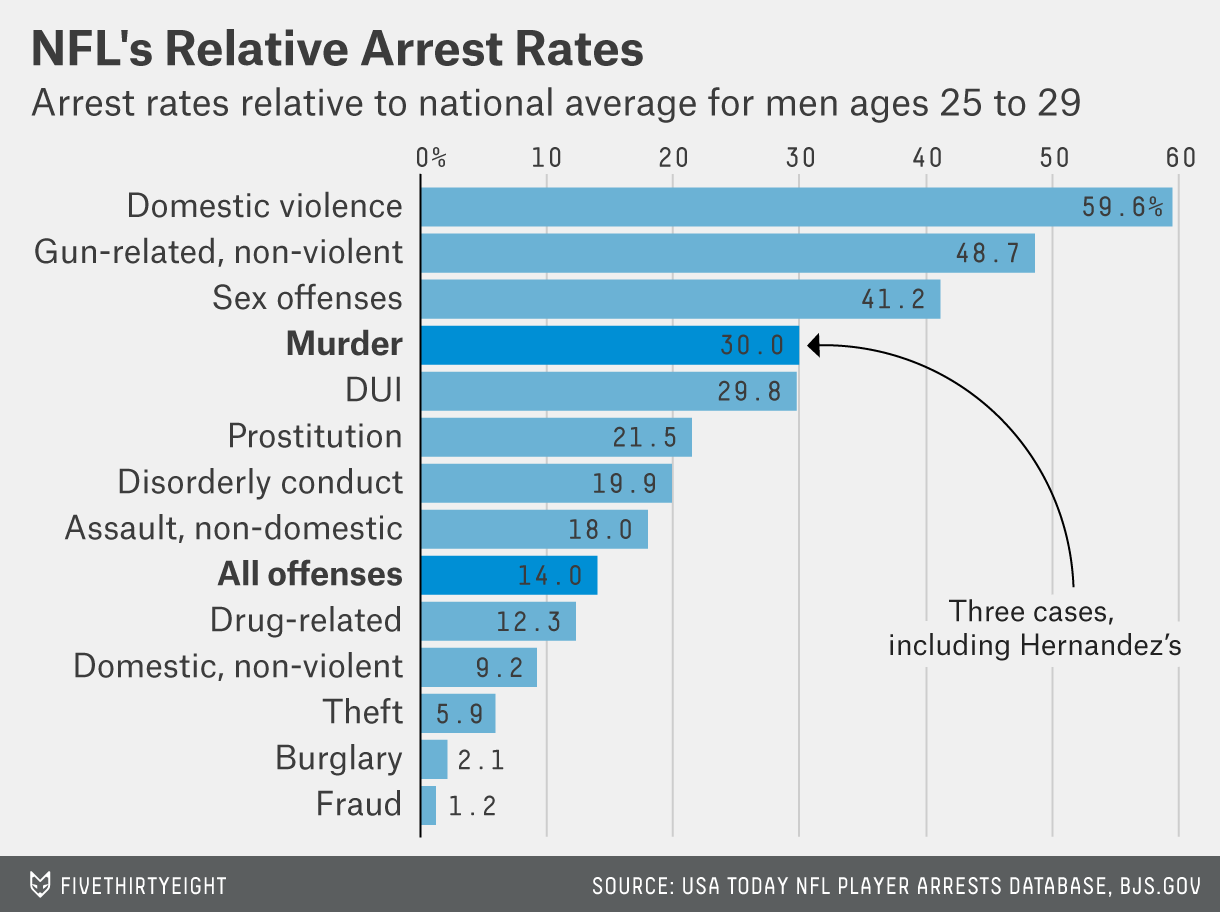 The NFL murder arrest rate is 30 percent of the national murder arrest rate for that demographic, which is high relative to many other crimes. But the number of murder cases is way too small to tell us much: The three cases are Hernandez, Belcher2 and Ray Lewis, who plead down to obstruction of justice.

The chart above is just arrest rates. Hernandez is now part of the two thirds or so of felony defendants in the U.S. (at least in the 75 largest counties) who are ultimately convicted or plead guilty, according to a 2006 Bureau of Justice Statistics study.

CORRECTION (April 15, 7:05 p.m.): An earlier version of this article included the incorrect first name of the Kansas City Chief who shot and killed his girlfriend in 2012. His name was Jovan Belcher, not Jordan Belcher.