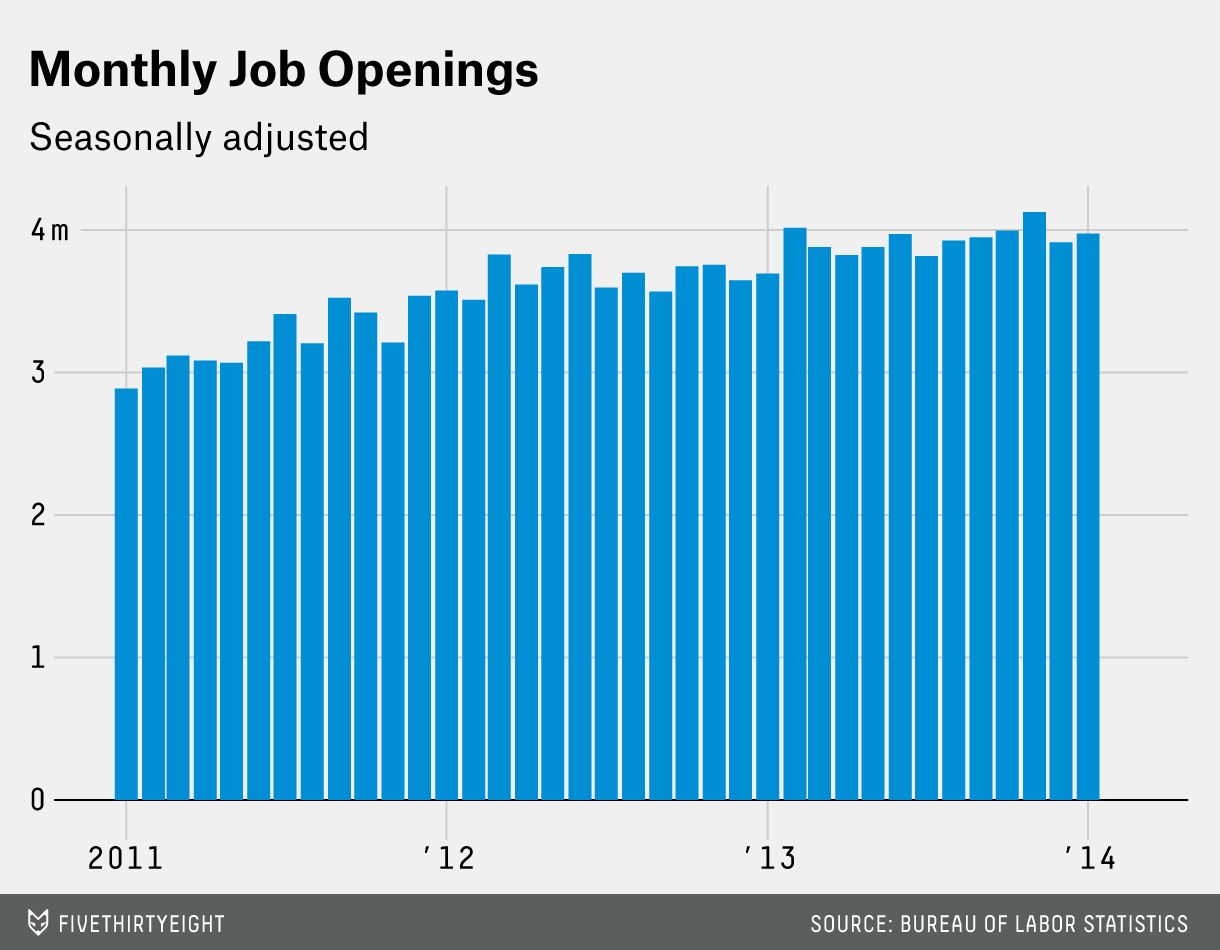 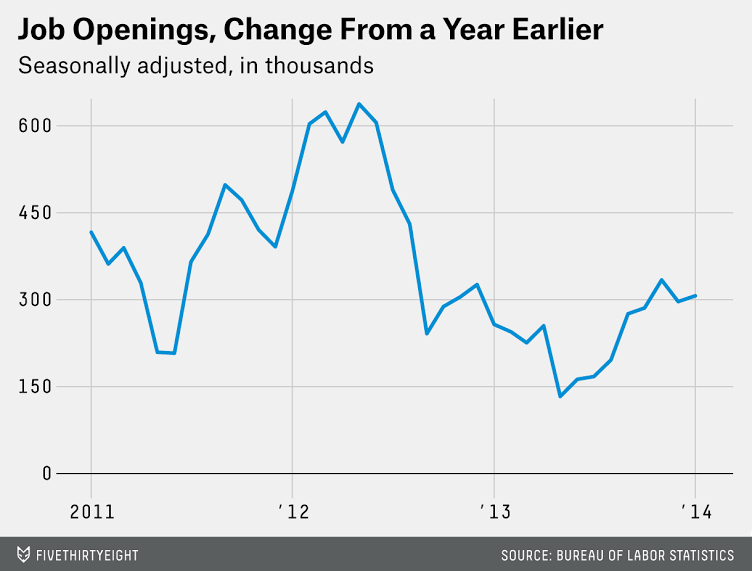 The charts above show the same data from the same source, but they tell different stories. The top one shows the number of jobs posted by U.S. employers each month. There’s some month-to-month variation, but the trend is clear: Job openings are rising.

The bottom chart shows the change in the number of job openings year over year (e.g. January 2014 compared with January 2013), and it shows whether job postings are accelerating. It’s clear they aren’t.

The same pattern holds for most other economic indicators. Employment is up from a year ago, but the pace of growth isn’t increasing. Wages are up but not gaining steam. The overall economy, as measured by gross domestic product, has been growing at about the same 2 to 2.5 percent pace for the past three years.

Should we be concerned about the lack of acceleration? Slow-and-steady growth isn’t necessarily a bad thing in a healthy economy. But in the aftermath of the recent recession, it’s disappointing. Economists had hoped for a period of rapid growth to make up for the damage caused by the downturn. The longer the current pattern continues, the less likely that looks.