Last month, I lamented the lack of polls in some key Senate races. Scarce polling makes it harder to get a clear picture of the Senate landscape. But is 2014 unusual?

So far this year, 53 percent of probable Senate matchups have been surveyed at least once. I went through the FiveThirtyEight polling archive and checked how many states had at least one poll from January to March of an election year. (Note: FiveThirtyEight’s polling database is as comprehensive as anyone’s — it has more than 4,485 Senate polls — but it is still likely to be missing some surveys).

At 53 percent, 2014’s Senate races are being polled about as often as in recent elections; four of the five election cycles since 2006 have seen more than 50 percent of races surveyed. 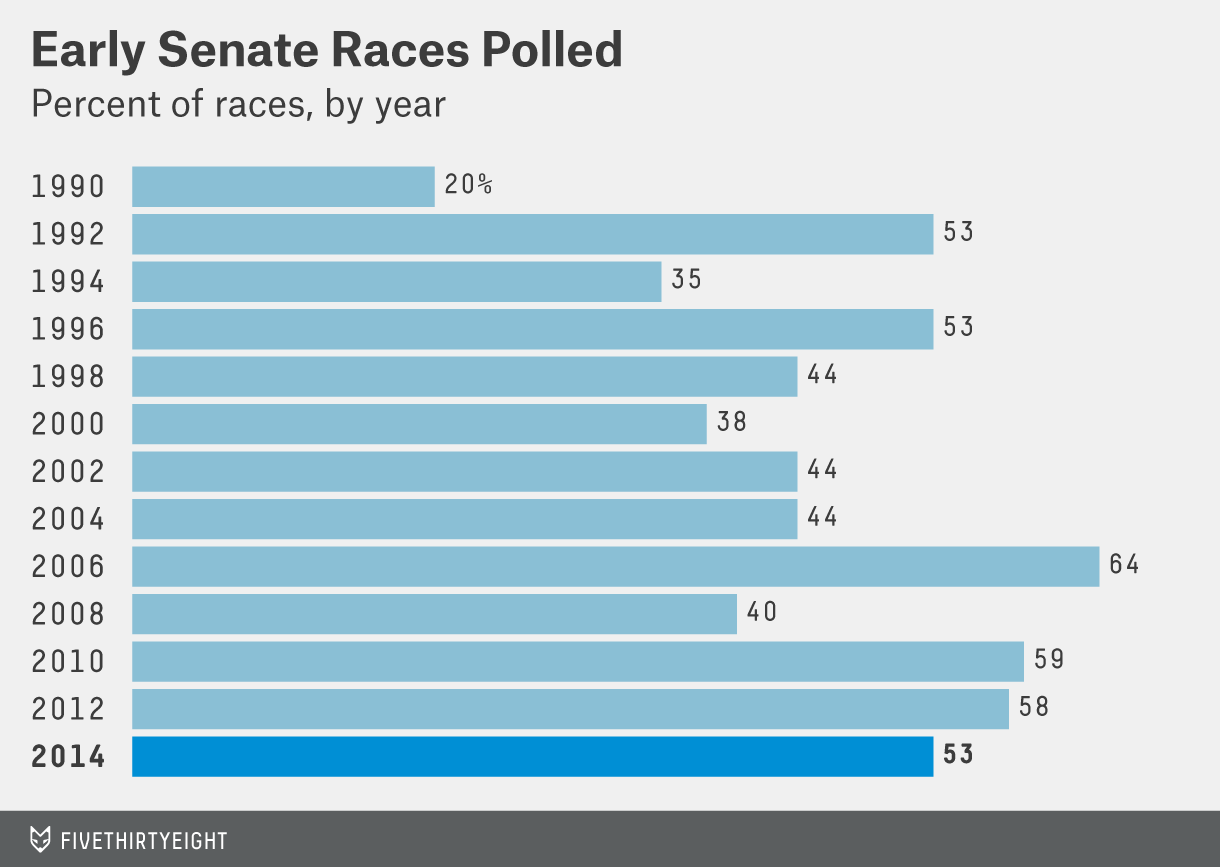 But many of the surveys conducted so far in 2014 — such as those by Rasmussen Reports and Public Policy Polling — are “robo-polls,” which use computers to autodial numbers and play a prerecorded message. By my count, roughly 75 percent of the Senate polls conducted this year have been automated.

Robo-polls are cheaper to conduct than live-interview surveys, but automated surveys have also been less accurate. Many don’t call cellphones, a methodology that tends to underestimate Democratic support.

This year, many states with potentially competitive Senate matchups, including Alaska, Colorado and Kentucky, have only been tested with robo-polls.

I plan to take a more systematic look at the proportion of robo-polls and live-interview surveys over the past several election cycles. But perhaps a lack of polling isn’t the real problem; it’s a lack of good polling.