William Thompson of Kansas and Wesley Jones of Washington are former U.S. senators — you get a pass for not recognizing them, they’ve been dead for more than 80 years. But if you’ll be watching Saturday’s Senate runoff between Democratic Sen. Mary Landrieu and Republican Bill Cassidy in Louisiana, remember their names.

These senators sustained the greatest margin of defeat for an elected incumbent (not running on a third-party ticket after a primary defeat) since the direct election of senators began in the early 1900s. Thompson lost by 30 percentage points in 1918, and Jones by 28 points in 1932.

Landrieu probably won’t overtake Thompson and Jones, but she could be headed toward a top 10 historic defeat.

The FiveThirtyEight model projects her losing the runoff 99.8 percent of the time, and by a 57.8 percent to 42.2 percent margin. That’s mostly based on polling, which can be unreliable in a low-turnout runoff.

If this change in voter makeup holds on Saturday, it’s obviously very bad news for Landrieu. Assuming she wins the same percentage of white voters as Democratic candidates did in November, she’ll lose the runoff by roughly 60 percent to 40 percent, or about what the model forecasts.

A defeat that large would be the largest for an incumbent this year, topping Arkansas Sen. Mark Pryor’s 17-point loss. It would come close to Arkansas’s Blanche Lincoln’s 21-point loss in 2010, which ranks as the eighth-largest ever, as well as the largest loss for an incumbent since William Hathaway of Maine in 1978.

According to data compiled by Geoffrey Skelley of the University of Virginia’s Center for Politics, Landrieu only needs to lose by a little more than 20 percentage points to earn all-time infamy. 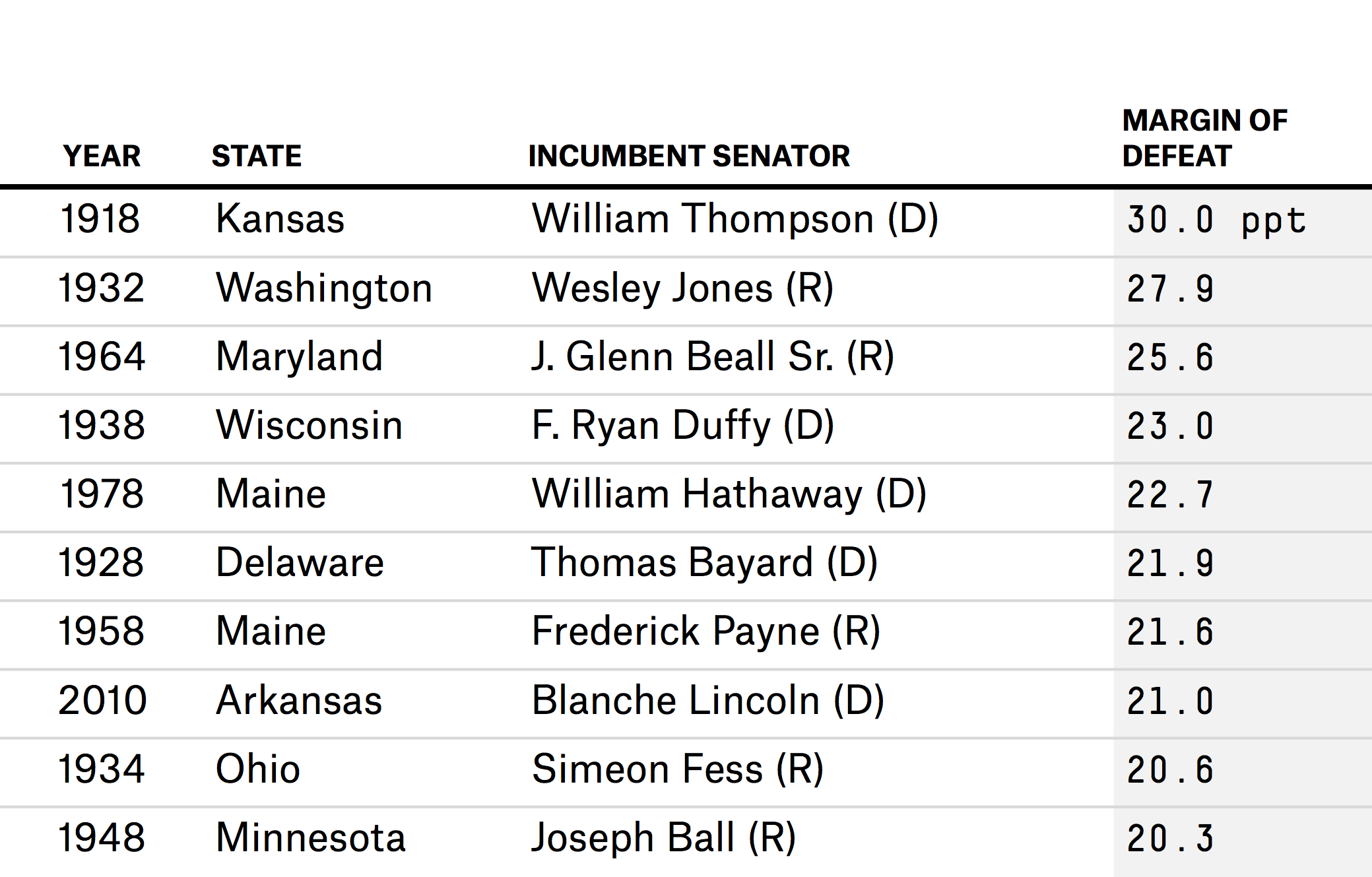 That’s a distinct possibility given the data we’re seeing out of Louisiana. Aside from the early vote, there’s no enthusiasm for the incumbent. Outside groups backing Landrieu have basically left her out to dry; they aired only 100 television ads compared to the 6,000 ads from groups favoring Cassidy.

It’s conceivable that in a runoff where everyone knows who is going to win, Democratic turnout on Saturday could be even more depressed than the early vote suggests. The latest live interview poll in the race, conducted for the conservative-leaning Independent Women’s Voice by Wilson Perkins Allen Opinion Research, suggested just such an outcome, showing Landrieu down a whopping 24 percentage points.