As most states are beginning to restore higher-education funding that was cut during the recession, Wisconsin appears poised to head in the other direction.

In his latest budget, Gov. Scott Walker proposes reducing spending on the University of Wisconsin system by $300 million over two years, a 13 percent cut. The plan is drawing national attention, in part because Walker has emerged as a strong early contender for the Republican presidential nomination.

Wisconsin, like most states, slashed spending on its public colleges during the recession. Between 2008 and 2012, Wisconsin cut per student spending by 19 percent after adjusting for inflation, according to data from the State Higher Education Executive Officers Association. That’s pretty close to the national average cut of 24 percent over the same period. (North Dakota was the only state where per student spending actually increased.)

Since the recession ended, states have been restoring funding, albeit gradually. Forty-two states increased per student spending in fiscal year 2014, according to the left-leaning Center on Budget and Policy Priorities, although funding remains below prerecession levels in nearly every state. Wisconsin was one of eight states that kept cutting as the economy improved.

Walker says the latest cuts won’t come at students’ expense; he plans to freeze tuition for in-state students. But the trend, both in Wisconsin and nationally, has been toward students bearing a rising share of the cost of college. In Wisconsin, the “sticker price” for in-state tuition and fees — before the effect of scholarships, grants or other forms of financial aid — rose $1,530 between 2008 and 2014, after adjusting for inflation. State funding, meanwhile, fell $1,401 per student over the same period. Nationally, the states that cut funding the most have also tended to have the biggest tuition increases. (Note: In the chart below, the trend line excludes North Dakota.) 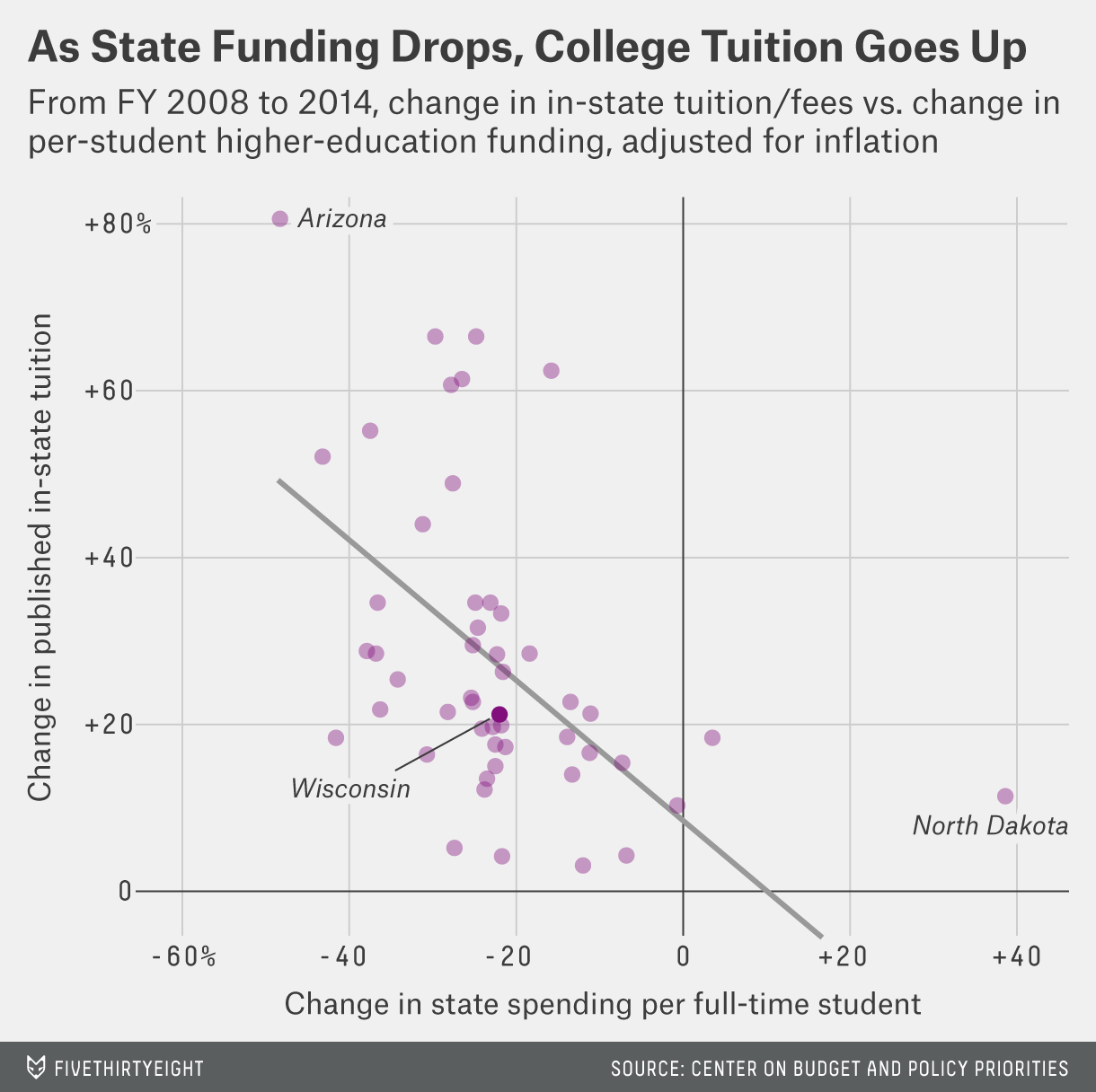 The recent shift in cost from taxpayers to students is part of a long-term pattern. In recent decades, states have consistently cut back higher-education funding when the economy is weak and then failed to restore the cuts when the economy improves. The result is a step-wise pattern, with tuition accounting for an ever-increasing share of state university budgets. 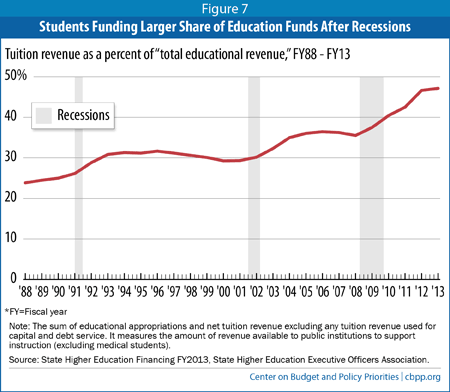