On Wednesday morning, as many as 20 people were injured in a mass stabbing at Franklin Regional High School in Murrysville, Pa. So far, many details about the incident remain unconfirmed.

The fact that some of the injuries were sustained from stabbings rather than gunshots makes the incident seem unusual. How unusual? No single source had the level of detail and historic data that we needed to answer that question. In fact, data on violence at schools is surprisingly sparse; the Centers for Disease Control and Prevention’s most recent update only covers through the 2010-11 school year, before Sandy Hook.

Data on the weapons used in school-associated homicides is even harder to find. The CDC does have data, but only from July 1999 to June 2006. It includes data on fatal injuries that happened on school property, occurred at a school-sponsored event, or took place while traveling to or from those (the data doesn’t include colleges and universities). Over that period, the CDC calculated that, among student victims, 65 percent of homicides included gunshot wounds, 27 percent included stabbing or cutting, and 12 percent included beatings (the total adds up to slightly more than 100 percent because incidents may have included multiple means).

In those seven years, there were 116 victims, but only 15 were killed in multiple-victim homicides. Thus it’s important to remember that high-profile events involving multiple casualties, which the media tend to focus on, don’t always reflect the totality of the data. Even in years without a Columbine or Sandy Hook, there are dozens of violent deaths in schools.

So, though CDC data is old, we can get a sense for how it compares to all homicide data. Nationally, the percentage of homicides involving a firearm is similar to the percentage of school-related deaths involving a gun, according to the Bureau of Justice Statistics, but knives are a smaller proportion. In 2008, 67 percent of all homicides involved a firearm, and 13 percent involved a knife. 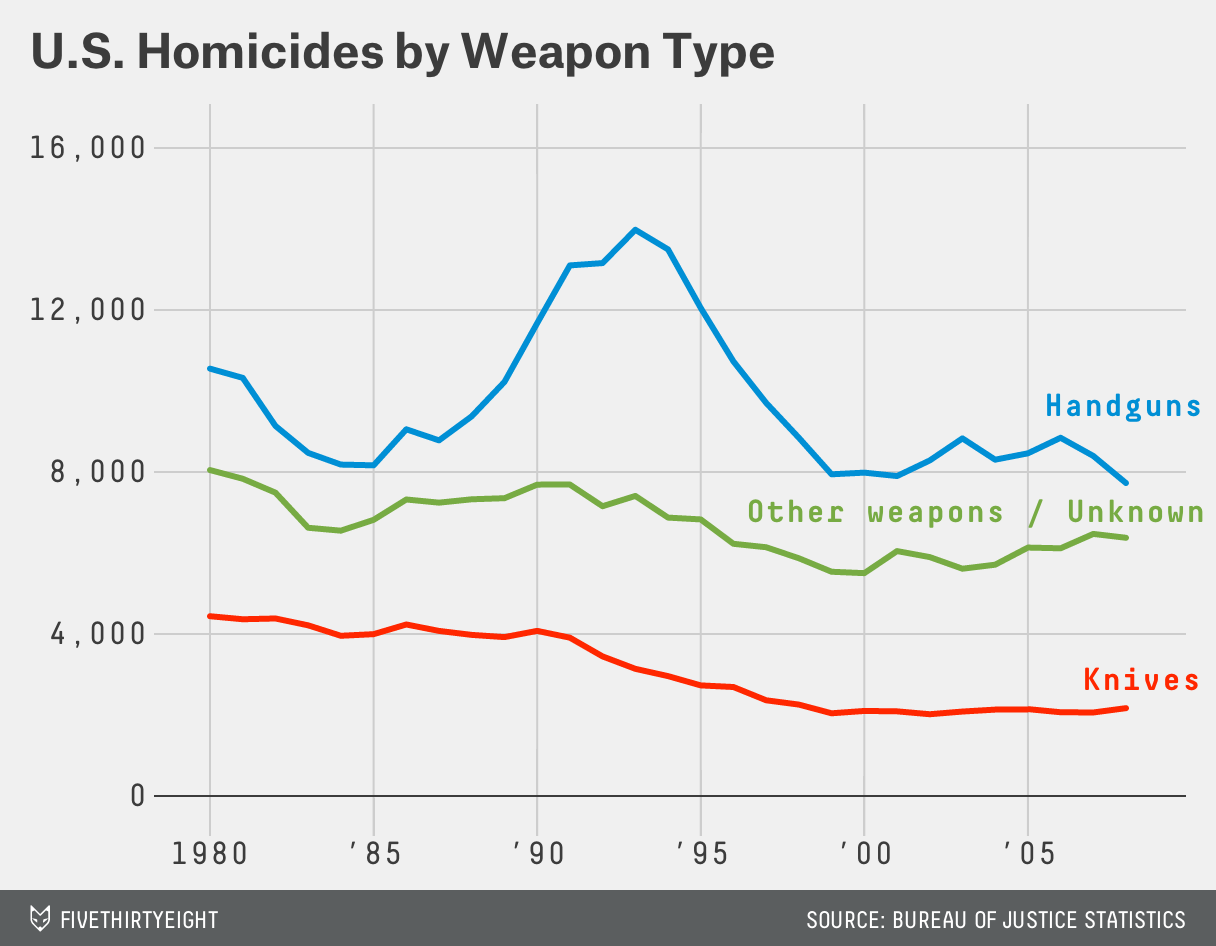