As fivethirtyeight.com readers know, Nate and I have a bet about the 2012 presidential fate and fortunes of Sarah Palin. Nate has been blogging about other issues and assures me he will be responding to that earlier post in due course. 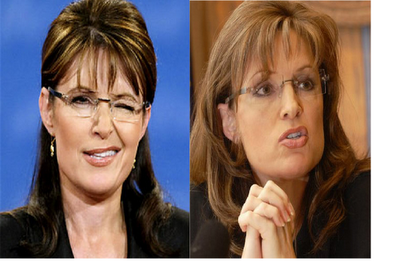 But yesterday came word of a new development on the Palin presidential front, courtesy of Politico’s Jonathan Martin:

A conservative Iowa group’s effort to lure Sarah Palin to its banquet next month has had an unintended effect: Rather than exciting conservatives about the prospect of a visit from the former Alaska governor, the group’s plan to raise a six-figure sum to bring her to the state has GOP activists recoiling at the thought of paying to land a politician’s speaking appearance.

The Iowa Family Policy Center’s effort to cobble together $100,000 for Palin would represent a striking departure from customary practice in the first-in-the-nation state, these Republicans say, noting that a generation of White House hopefuls has paid their own way to boost their party and presidential ambitions.

On the first day of American Presidential Politics 101, presidential aspirants learn that Iowans must be stroked, flattered, humored and generally told how great and important they are. (The Iowans I know are, in fact, smart and lovely people–but that’s besides the point of their inordinate and unfair influence in presidential politics.)

For Palin to show up in Iowa looking for a check, rather than bearing one from SarahPAC–which brought in three-quarters of a million dollars in the first half of this year and has already drawn scrutiny from FEC–means that she is either the most dim-witted presidential aspirant ever, which I seriously doubt, or her interests clearly tilt toward cashing in on her star-power. Although one might ask for a $100,000 speaking fee from a giant corporation or trade association, requesting it from a non-profit 501(c)3 group–no less one that promotes conservative family values and is based in Iowa–is about as stupid as it gets.

Then there is the name “SarahPac.” I realize Palin has reached an iconic status, like “Michael” or “Madonna,” such that her first name alone is sufficient to identify her. But naming your PAC after yourself? Despite my clucking about the freedom-heavy rhetoric in the name and mission statements of both Mitt Romney’s and Tim Pawlenty’s PACs, at least both opted to name their PACs after a conservative ideal rather than themselves.

The point, again, is that a politician hoping to woo people to support her presidential aspirations does not engage in such behaviors or send these signals. Oh, and then there’s the matter of her surprise, premature resignation of the Alaska governorship.

Palin may still run, of course. There’s even a case to be made that she will run–even if she fails to win the 2012 nomination–because doing so keeps her name and face at the center of the national political conversation, which in turn is good for business, so to speak. But Sarah Palin’s actions the past year, in least insofar as they pertain to a potential presidential bid, have generated more winces than winks.