I don’t care if you call it a win or a tie. In Iowa on Tuesday, Mitt Romney had a performance that looks ugly on the stat sheet, but which accomplished quite a bit when you consider it in its broader context. 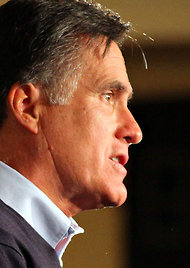 The two most important things that Mr. Romney accomplished are as follows:

The result was not unexpected based on late-stage polling — in fact, the polling average nailed Mr. Perry’s share of the vote almost to the decimal point.

But it was not long ago that Mr. Perry looked like he might finish in a solid third place, at a bare minimum, in Iowa; a poll conducted as recently as Dec. 12 actually had Mr. Perry ahead of Mr. Romney. And there was some chance that Mr. Perry might have done quite a bit better than third place. I’m not convinced that there was anything that happened to Rick Santorum that couldn’t have happened to Mr. Perry, if only Mr. Perry had received the right injection of momentum — say, an endorsement from the Family Leader, a conservative group — at the right time.

Mr. Perry’s campaign became so feeble at the end that it is easy to forget why many observers, myself included, once thought him to be quite formidable. Mr. Perry was the only candidate other than Mr. Romney to rack up a significant number of endorsements, a key measure of party support. He was the only candidate other than Mr. Romney to raise enough money to run a full 50-state campaign from the start. He had better public-sector credentials than Mr. Romney — the sitting three-term governor of a large state rather than the former one-term governor of a medium-sized state — and his signature accomplishment in office was a strong job-creation record rather than shepherding the passage of a health care bill that is substantively similar to President Obama’s. He had no misgivings about confronting Mr. Romney — something candidates from Tim Pawlenty to Michele Bachmann were strangely reluctant to do. He had a speaking style that seemed to be more in line with the mood of the Republican base. Mr. Perry had a lot going for him, but his campaign appears to be at an end.

Mr. Romney’s second major accomplishment was that he avoided being “vetoed” by Iowa voters. This is not meant to condemn Mr. Romney with faint praise, although I am sure it will sound like it. Until real votes start rolling in, there is always some chance that a candidate just won’t take well to actual voters, and there were reasons to think that Mr. Romney might have been one of them: he had faded down the stretch in both Iowa and New Hampshire in 2008, and candidates with Mr. Romney’s pedigree have historically underperformed in the Iowa caucuses. When you’re the favorite to become the nominee, eliminating downside scenarios is the name of the game, especially in an unpredictable state like Iowa, and Mr. Romney eliminated some of them on Tuesday night.

What Mr. Romney did not do, in either a literal or a figurative sense, was wrap up the nomination. A resounding victory in Iowa might have come closer to accomplishing that, but not one with these aesthetics. Here comes the ugly stat sheet: an eight-vote margin of victory, a vote share lower than Mr. Romney attained in 2008, a failure to beat Mr. Santorum among registered Republicans and the lowest-ever winning percentage in the Iowa caucus. Then there was the fact that Mr. Romney’s campaign, which had so carefully managed expectations in Iowa for months and months, did an inexplicably poor job of it at the end. I’m not sure that Mr. Romney will get much of a “bounce” in New Hampshire — he did not significantly beat his polling average, which is the best objective predictor of it — although he did not really need one to begin with.

Instead, the question remains unresolved as to whether a more conservative candidate could potentially consolidate support as candidates like Mr. Perry and Mrs. Bachmann drop out of the race. That candidate, as Jonathan Bernstein notes, is now most likely to be Mr. Santorum.

However, even if Mr. Santorum catches fire, or even if Jon M. Huntsman Jr. surges in the polls, or even if (perhaps less plausibly) Newt Gingrich somehow resurrects himself yet again, Mr. Romney will have a lot of second and third chances. Mr. Romney could lose South Carolina but win Florida. He could lose South Carolina and Florida but rebound in the caucus states of February, or on Super Tuesday. He could be engaged in a more-or-less even delegate battle with someone like Mr. Santorum for a long while — but emerge with the most delegates at the end.

Some of these scenarios are not great for Mr. Romney. There is certainly the chance that he wins the nomination without really capturing Republican voters’ hearts and minds, and that might have an impact on Republican turnout at the margin in November.

But few candidates capture the party nomination, or the presidency, without “winning ugly” at some stage. Certainly not Barack Obama (who broke an effective tie with Hillary Rodham Clinton through superior delegate math), nor George W. Bush (who lost the popular vote to Al Gore), nor Bill Clinton (who won the presidency with 43 percent of the vote).