Today we continue our Road to 270 series with the Buckeye State, Ohio.

BATTLEGROUND OF BATTLEGROUNDS, Ohio and its twenty electoral votes are up for grabs. From what we saw in the state, Barack Obama’s ground organization is unprecedented, and John McCain’s had yet to materialize in force with a few short weeks to go. A smattering of polls in October gave McCain tiny leads, the vast majority of public polls showed Obama with a lead in the middle single digits in the closing month. Ohio is similar to Missouri in that its cluster of demographic data points leave it near the median in nearly every category. Only three of the 26 categories we’ve chosen put Ohio in the top ten: unemployment rate (7th), manufacturing job share (8th) and fewest Hispanics (10th). And, like Missouri, Ohio tends to pick winners in the presidential race. 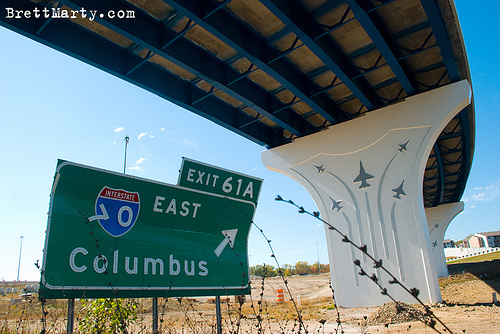 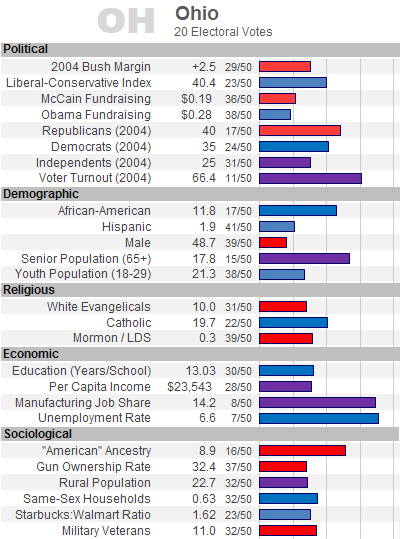 John McCain has spent a tremendous amount of time in Ohio, as has Sarah Palin. Rural Ohio is still Republican country, and Ohio has many more rural — if more sparsely populated — counties in Ohio. Joe the Plumber is also from Ohio. “American” ancestry is a bigger-than-the-median draw in Ohio, Ohio is slightly undereducated, slightly less favorable for same-sex households, and has more self-identifying Republicans than most states. There are more seniors than normal in Ohio, which also favors McCain. The evangelical base turnout was huge in Ohio in 2004, and if McCain’s addition of Palin can generate huge turnout from these voters, he can perhaps take the state and overperform the polls. While we’re skeptical from what we’ve seen that McCain’s ground game is even in the ballpark of Obama’s, stranger things have happened.

Ohio’s economy is in shambles, and Barack Obama has hammered an economic message for months that resonates with Ohio voters. Southeast Ohio, the swing area of the state, is Joe Biden country, and when we caught up with him there he seemed in his element — literally. Although the Ohio River valley was tough turf for Obama in the primary, some polls have put him ahead of Kerry’s pace there, and increased turnout in other parts of the state could put him over the top. Unquestionably, Barack Obama’s ground force is as good as it gets in Ohio, and if there is a sporadic Democratic voter in Ohio, one of that voter’s neighbors has talked to him or her. In the Secretary of State’s office, there’s no Ken Blackwell this year, as Democrat Jennifer Brunner is in charge. The vote here will come down to the economy and ground game, and Barack Obama holds well on both of those fronts.

In the House, one seat — the 1st district where incumbent Republican Steve Chabot faces Democrat Steve Driehaus — is a tossup. In two districts held by retiring Republican incumbents, Democrats are leaning favorites to pick up seats — Ralph Regula’s 16th seat near Canton and Deborah Pryce’s 15th on the western side of Columbus. Jean Schmidt, whose 2d district seat is always a target for Democrats, is still favored to hold her district. Ted Strickland isn’t up for re-election until 2010, Sherrod Brown was just elected to his seat two years ago, and George Voinovich’s term is up in two years.

In the presidential race, if John McCain doesn’t win Ohio, only three of our 10,000 simulations yesterday showed him winning the election. Simply put, McCain must win Ohio or the election is done. 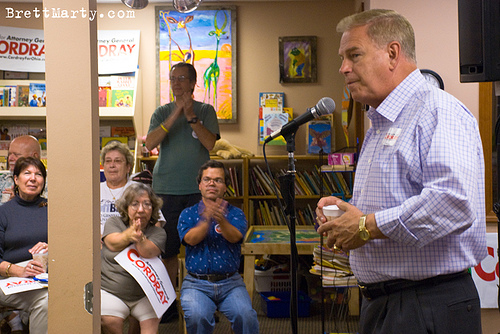