Tonight we continue our Road to 270 series with the Land of Enchantment, New Mexico. 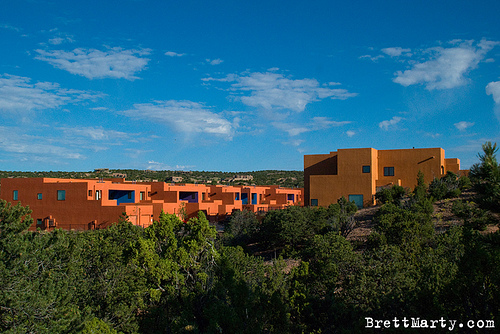 BEAUTIFUL AND POBLANICALLY SPICY, New Mexico has given both parties fits in the recent past, with ridiculously close elections in back to back cycles. Under the radar due to the Florida fiasco, Al Gore won by a razor thin margin here in 2000, and George Bush’s win logged in at a mere 5,992 votes in 2004. When we were there a month ago, it didn’t seem close on the ground, with the Obama’s effort probably producing something like a 100-to-1 ratio of work and a 7-to-1 (then 4-to-1) in field offices. The polls haven’t been close either. Barack Obama should expect a comfortable win in this beautiful part of the world. 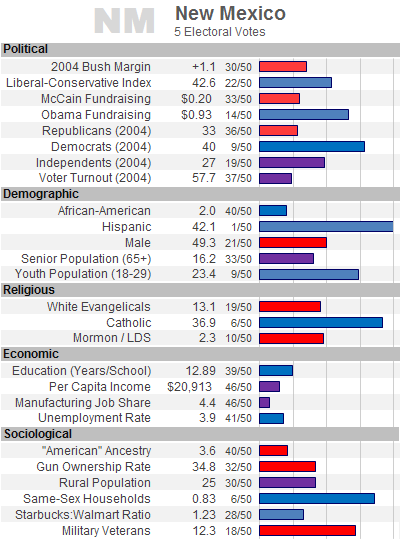 It’s a neighbor state with John McCain’s Arizona, George Bush won the state in 2004, and the Hispanic population in New Mexico is not a recent immigrant population by and large. It’s a relatively less educated state, and a more religious state overall. A decent number of military vets (again, many New Mexico Hispanic voters are vets) and a lower unemployment rate would be data points that shade in McCain’s favor. Nevertheless, McCain has a tough road row to hoe (Hoosiers?). He and Barack Obama visited the state on the same day this weekend, but only one of them has a ground organization that can be taken seriously.

Barack Obama has organized New Mexico in an unprecedented way for a Democrat. There is a high quality team on the ground in the state. Outreach to Pueblo communities and Native American communities has been thoughtfully conducted from an early stage, and Obama’s effort in the state has dwarfed Kerry’s of four years ago. As for demographic data that favors Obama, Hispanics represent a huge number of voters, higher than any percentage in the nation, and there are also large numbers of young voters in the Land of Enchantment. Same-sex households rank fairly high, as do Catholics (high Hispanic population). Registered voters who identify as Democrats outpace those who self-identify as Republicans, and Obama’s fundraising per capita in New Mexico is on the high end. In the end, Barack Obama will put the state and its five votes firmly in his column.

New Mexico has three open seats in its three House districts — Heather Wilson (NM-01), Steve Pearce (NM-02) and Tom Udall (NM-03) all chose to run for Pete Domenici’s open Senate seat, and Pearce edged out Wilson in the primary. Udall’s seat will remain Safe Dem, as Ben Ray Luján will take over for Udall after the latter beats Pearce. Wilson’s open seat (Albuquerque) will see Martin Heinrich (D) likely beat Darren White (R). At least Republicans seem to think so on their Death List of likely lost House seats. The closest race is NM-02 in southern New Mexico, a true toss-up. There, Ed Tinsley (R) faces Harry Teague (D), and that’s New Mexico’s tightest race to watch. Hopefully this year New Mexico will be able to report its results during the same week as the election. 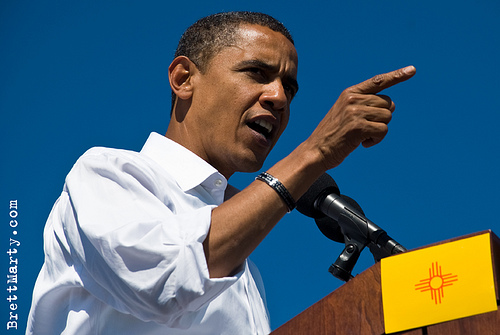