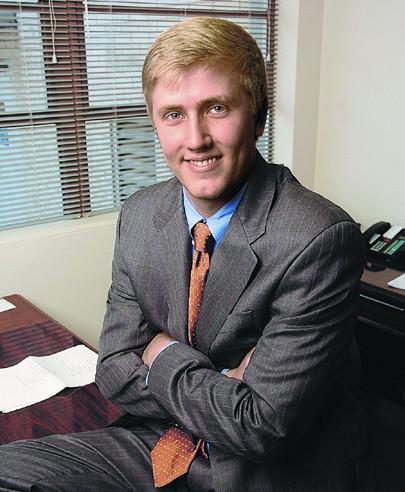 With two competitive governors races on tap this fall, and a slate of key, open-seat contests just around the corner in 2010, the Republican Governors Association finds itself in an unusual position: Holding a minority of governorships, but looked to by Republicans around the country as the place where the GOP can start a comeback. (The RGA’s homepage uses theGOPcombeback.com as its address, where you can hear RGA chairman Haley Barbour talk about how it was Republican governors back in the early 1990s who pulled the GOP off the mat after Bill Clinton’s 1992 victory.)

RGA executive director Nick Ayers was kind enough to chat with fivethirtyeight.com about what’s in the works. Though playing it close to the vest on specific targets, and heeling the party line on questions about Sarah Palin and Bobby Jindal, Ayers has some not-to-be-missed, choice comments about the Virginia governor’s race–especially the recently completed battle for the Democratic nomination. (Make sure you read what he says about Terry McAuliffe’s failed bid….very ouch.)

Fivethirtyeight: First, please give our readers a bit of biographical background on yourself and how you came to be executive director of the Republican Governors Association.

Nick Ayers: I began my political career in Georgia during college by working for Sonny Perdue’s campaign against incumbent Roy Barnes. Governor Perdue upset Barnes to become the first Republican governor in the state since Reconstruction. I was Governor Perdue’s top political advisor during his first term and then managed his re-election campaign. Governor Perdue won 130 of 159 counties with 58 percent of the vote, defeating his opponent by nearly 20 points.

After the election, Governor Perdue was voted chairman of the Republican Governors Association and he asked me to serve as the executive director. At the RGA, we put together a four-year plan that would not only allow us to compete on a yearly basis but would also ensure we have the resources needed for 2010, when there will be 37 governors’ race. Part of that plan was to keep the same core political team in place.

538: There are two governors races this fall, and current polling indicates that both Republican candidates will be competitive. Let’s start in the bluer of the two states, New Jersey. Can you talk about Chris Christie’s chances and what it will take for him to win?

Ayers: In elections where a governor is seeking reelection, the races usually come down to one thing: the incumbent’s record. Jon Corzine’s record is the opposite of what he campaigned on in 2005. The number one issue in New Jersey is taxes, especially property taxes. But despite his previous campaign promises, Corzine raised the sales tax in his first budget and then hiked taxes by another $1 billion this year. Corzine knows there is nothing he can say or do to defend his record which is why he has already started attacking Chris Christie. As an incumbent, that’s not a position you want to be in.

538: Turning to Virginia, a state often cited as turning away from Republicans, the Democrats are trying to win the governors race for a third time in a row. How would you rate Bob McDonnell’s candidacy thus far, and what will it take for him to prevent Craigh Deeds and the Democrats from posting a third consecutive win?

Ayers: This race is a rematch of the 2005 Attorney General’s race which McDonnell won by 323 votes so it’s no surprise that it’s been a tight race since the Democratic primary. The Democrats have already spent over $3 million trying to tear down McDonnell’s favorability rating and it’s been largely ineffective because of the quality campaign that McDonnell has run. As Virginia voters learn more about the two candidates, I think more and more will break towards McDonnell. McDonnell is fighting to keep Virginia’s right to work laws and keep Virginia business friendly. Creigh Deeds is a tax-and-spender who stands with Big Labor.

538: On a related note, were you surprised that Deeds won Virginia’s Democratic primary over two candidates with bigger names and deeper pockets?

Ayers: Terry McAuliffe unquestionably hurt Brian Moran, who never seemed to put together a plan for how he could win. In regards to McAuliffe, while campaign money may be the mother’s milk of politics, it still can’t make an ugly baby pretty. The more voters saw of McAuliffe the less they liked him. That said, Deeds ran a great campaign.

538: A Minnesota blogger reported this week that some organization is apparently polling Minnesotans on the subject of a possible Norm Coleman run for governor. Would you care to comment on a possible Coleman bid for governor?

Ayers: What the PPP poll showed is that this will be a competitive race no matter who the candidates are, but it’s too early to speculate on who will be running on the Republican side.

538: Looking ahead to 2010, which open-seat states are the major RGA targets for possible pickups?

538: Again for 2010, how about Democratic incumbents. Are there any you think are vulnerable enough to defeat?

Ayers: We don’t like to broadcast our strategy, but there are at least 7 incumbents who are vulnerable.

538: I have to ask about Sarah Palin. First, did the RGA have any advanced warning of her recent announcement that she would resign the governorship, and if not, were you surprised by her decision?

Ayers: We were informed about her decision to step down just before she announced it. I don’t think too many people were predicting it.

538: Although a rising star in the party, Bobby Jindals nationally-televised response to the presidents address earlier this year was widely panned, including by many conservative commentators. How much, if at all, do you think Jindal’s rise as a national figure was set back by that speech?

Ayers: Over the long term, not at all. Governor Jindal is one of the brightest minds in our Party and has unlimited potential.

538: Having former Republican National Committee chairman Haley Barbour as RGA chair must be a huge networking and fundraising asset. What are your thoughts on a potential presidential bid by Gov. Barbour?

Ayers: Gov. Barbour has repeatedly said that the only thing that matters is the 39 governors’ races that will take place between now and the end of 2010. That’s what all of us are focused on right now.