According to the FBI’s newest Uniform Crime Report (UCR), released this week, 461 people were killed by police in “justifiable homicides” in 2013. This number has gotten some media attention, both because it’s considered by some to be the “best authoritative data available” and because it represents an 8 percent jump in these homicides from 2012.

This increase sounds notable, but the underlying data continues to be nearly useless. As we outlined in the wake of Michael Brown’s death in August, the FBI’s UCR program undercounts what it classifies as justifiable police homicides (while skirting the issue of non-justifiable homicides), and should not be considered a useful estimate. Any year-to-year increases in FBI counts could represent actual bumps in homicide rates, or better reporting of homicides, or both, or neither.

While independent counts of police killings — such as those at Fatal Encounters, the Gun Violence Archive and Deadspin — develop, the most reliable database continues to be the Killed By Police Facebook page. Using media reports, the page has counted 1,709 police killings since May 1, 2013, and more than 950 so far in 2014. We audited the page in August and confirmed that the links represented legitimate stories, although the count did include a small number of incidents where officers were acting outside the line of duty (for example, an off-duty officer killing his friend during a fight). These incidents represented less than 10 percent of the Killed By Police total.

Nevertheless, there’s plenty of good news to be found in the more general (and more reliable) crime statistics produced by the FBI’s report. The agency recorded 1.16 million violent crimes in the U.S. in 2013, a 4.4 percent decline from 2012 and 37.4 percent decline from 1994. These figures look even better adjusted for population; per capita violent crime was down 5.1 percent from 2012 and 48.4 percent from 1994. 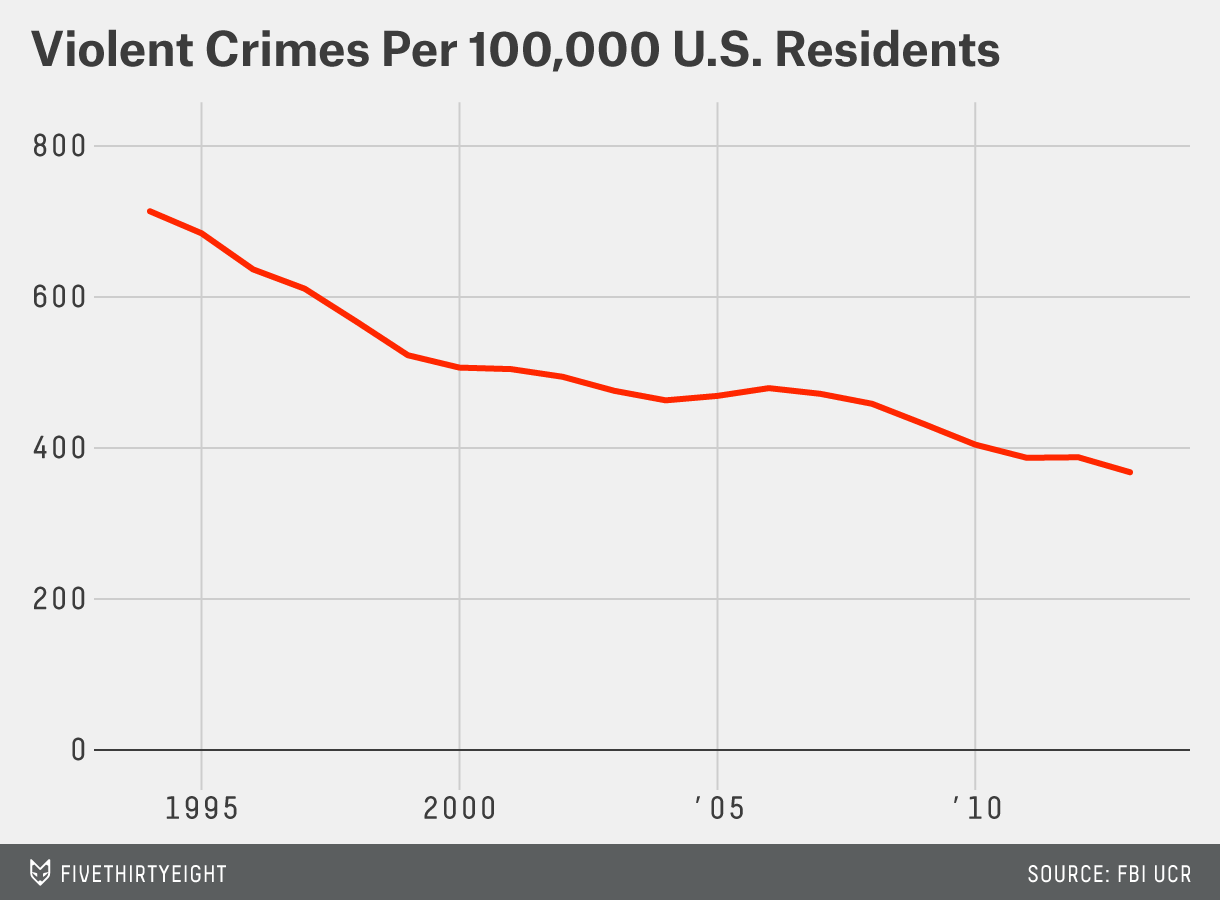