While watching Tuesday’s spring training game between the Detroit Tigers and Atlanta Braves, some of us in the FiveThirtyEight office were surprised to see Tigers shortstop Alex Gonzalez. Didn’t Gonzalez retire years ago?

He was Atlanta’s everyday shortstop in 2011, but over the past two seasons, Gonzalez was thoroughly forgettable, playing just 65 games for the Milwaukee Brewers (hitting .211 and producing -0.8 wins above replacement). If you go back to 2009, when Gonzalez was 32, he seemed particularly unlikely to be in the majors five years later.

This got us thinking: Could we quantify the “Wait … he’s still playing?” question. Our idea was to use a player’s age and WAR to predict whether he would be an active major leaguer a half-decade later. To that end, we plugged every player from the designated hitter era (1973-present) into a logistic regression model. The result will tell us the likelihood of a given player being in the league five seasons later. For example, here’s the arc of a generic Major League Baseball player who peaks as an All-Star (5 WAR) at age 27: 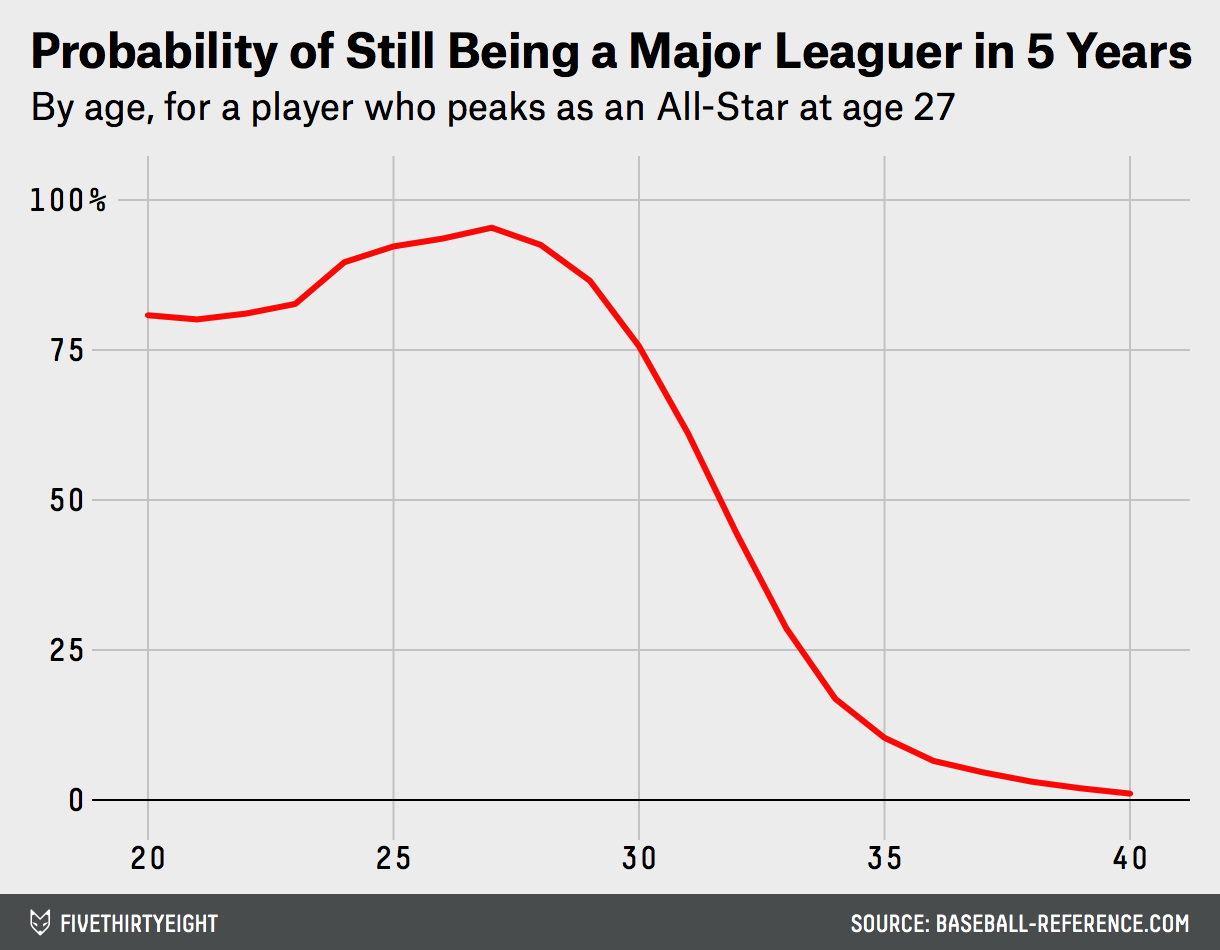 So for players in MLB this season (a list taken from Fangraphs’ depth charts), we looked at the odds at the end of the 2009 season that they’d still be playing today. Here are the most unlikely major leaguers: 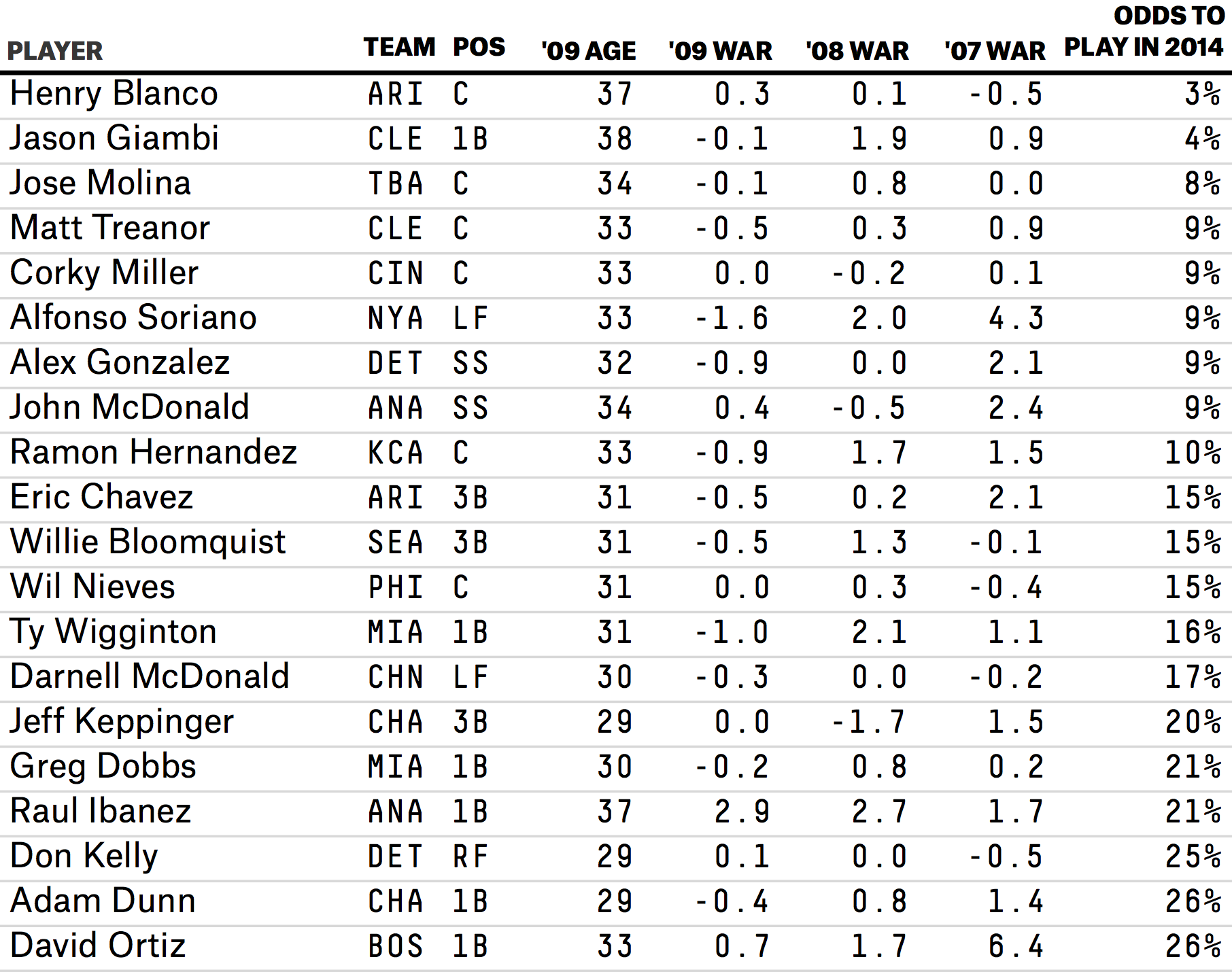 Gonzalez is not the most improbable player in the game. That honor belongs to catcher Henry Blanco, who was 37 in 2009 and had been hovering around replacement level for the previous three seasons. All else being equal, a player of that profile would have just a 3 percent chance of still being in the majors five years later, and yet Blanco is slated to be in the mix for the Arizona Diamondbacks’ backup catching role this season.

Blanco underscores one of the themes of the list. The probabilities listed above don’t take into account the player’s position (beyond the positional adjustments in WAR) — just his age and performance. For most players, that’s enough, but backup catchers are a different breed. No other position is so well-represented among the “I can’t believe he’s still playing” set.

One reason for this is that WAR, for all of its strengths, doesn’t incorporate a catcher’s receiving skills. Recent research suggests that elite pitch-framers such as the Tampa Bay Rays’ Jose Molina have a startlingly large impact on the game, far beyond what was originally believed in the sabermetric community.

Another explanation, though, is that on-field performance isn’t necessarily the first thing managers look for in their reserve backstops. Instead, managers may place more value on intangibles such as clubhouse presence and leadership. How else to explain how backup catching became what Sports Illustrated once called “the cushiest job in baseball”?