It’s NFL preseason time! Everyone … go about your business as before.

Studies have shown that, at least in recent decades, the NFL preseason tells us basically nothing about the upcoming regular season. And so like most preseasons, the NFL warmup act gets little attention. But for teams that have changed quarterbacks from the previous year, there may be some slight meaning to preseason passing numbers.

Using data from 2009 through 2013 (the range of years for which NFL.com has preseason team passing statistics), I looked at how well a team’s preseason efficiency through the air — measured by Adjusted Net Yards Per Attempt relative to league average (RANY/A) — correlated to the eventual change in its regular-season passing efficiency as compared to the previous season. Instead of looking at all teams, which would include those with already settled quarterback situations, I limited the sample to include only the 43 teams in that span who had a different primary quarterback (defined as the player who led the team in dropbacks) from the season before. 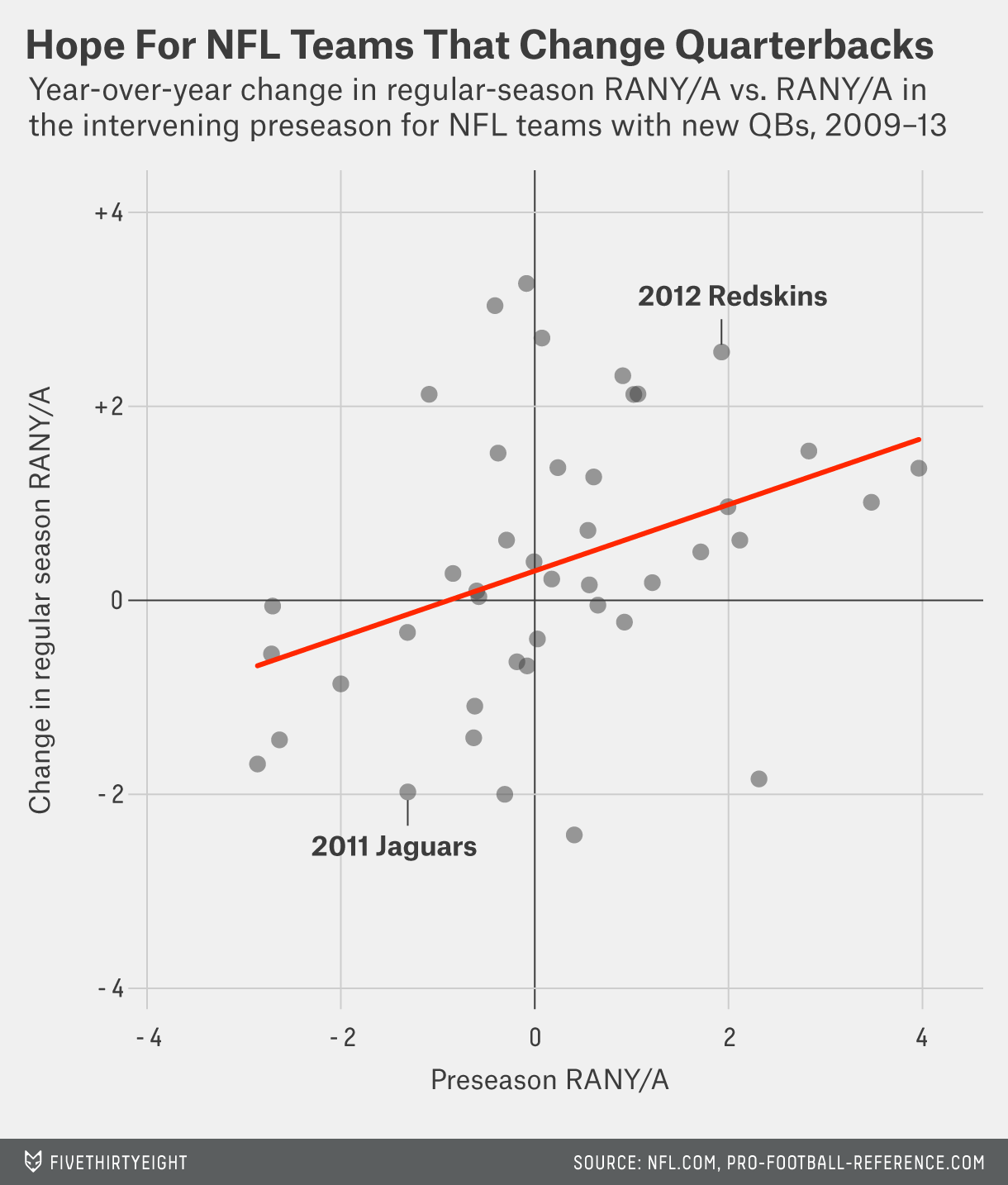 While the relationship is somewhat weak (boasting a correlation of 0.37), the preseason does appear to offer some small clues as to whether a club will see an improved passing game with a new QB. (There was no relationship whatsoever when looking at the same effect for teams that didn’t change QBs.)

It’s very early in the preseason, but those teams might be worth keeping an eye on this month — for better (Bortles has spearheaded a good Jacksonville passing attack thus far) and for worse (Houston, Oakland and Minnesota each had shaky performances in their first preseason games).