The 2012 Republican presidential primaries are two-and-a-half years away, but if they were starting today Sarah Palin would enter with the highest net approval ratings among self-described Republicans, according to a recent Pew poll. 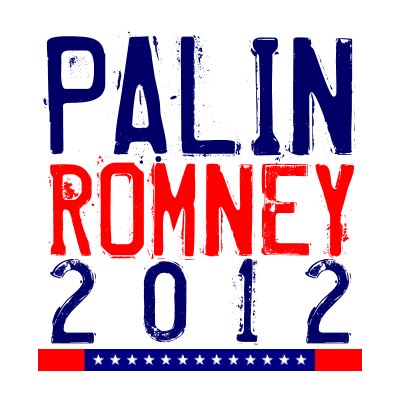 According to Pew, the Alaska governor’s popularity among Republicans, as measured by her net approval-minus-disapproval ratings, is +56, with former Gov. Mitt Romney and former Speaker Newt Gingrich a bit further back, at +39 and +33 respectively, and Republican National Committee chair Michael Steele trailing far behind that trio with a +14 and 58 percent of Republicans having no opinion or unable to identify him.

Although Palin’s approval is high, and sustained compared to earlier Pew-conducted polls, Pew emphasized Romney’s steady increase among not just Republicans but the broader public:

Since February 2008, shortly before he abandoned his race for the GOP presidential nomination, opinion of Romney has improved across most political and demographic groups, but the shift has been particularly pronounced among independents. In February 2008, just 29% of independents had a positive impression of Romney while 46% had a negative view. Today, that balance is reversed: 44% view Romney favorably and 25% unfavorably.

Given the troubles encountered of late by any number of first- or second-tier GOP presidential contenders, from John Ensign to Mark Sanford to Michael Steele, it may be that Romney is benefitting from a perception of a steady-as-he-goes maturity and scandal- or blunder-free eights months since the 2008 presidential election.

The Pew results reveal strong levels of support for Palin among evangelicals, but overall her support from self-described conservatives actually ebbed a bit from their highs last autumn during the late stages of the presidential contest. Oddly enough, since then her approval actually improved from 18 percent to 24 percent among Democrats, though this may be a result of a sympathetic boost resulting from David Letterman’s jokes about Palin and her family earlier this month. (The poll was taken June 10-14, at the height of the national controversy over Letterman’s remarks about the governor’s daughter.)

In the days immediately following the 2008 presidential election, among Republicans surveyed by Gallup, Palin and Romney led the field. Eight months later, they’re still out in front. Perhaps the duo are riding a name-recognition advantage against a pretty weak GOP field to date. And, of course, plenty can change during the 30 months between now and the Republican caucuses in Iowa. (I’d still bet on Gingrich to be the nominee.)

But for now, at least, Palin and Romney remain the frontrunners. Whether or not the GOP in fact nominates for president the person “next in line,” a myth Ed recently debunked, Mitt and Sarah are still the king and queen of Republican presidential hopefuls.