About two weeks ago, we published our Reddit Ngram interactive — a tool that lets you search for any term to see how frequently it has been used in Reddit comments since late 2007. And readers (plus a few FiveThirtyEighters) have been sharing some interesting findings, especially on Twitter and, of course, Reddit. Below are some of our favorites so far.

If you come across an interesting search, we’d love to see it! Tweet @FiveThirtyEight or shoot us an email. 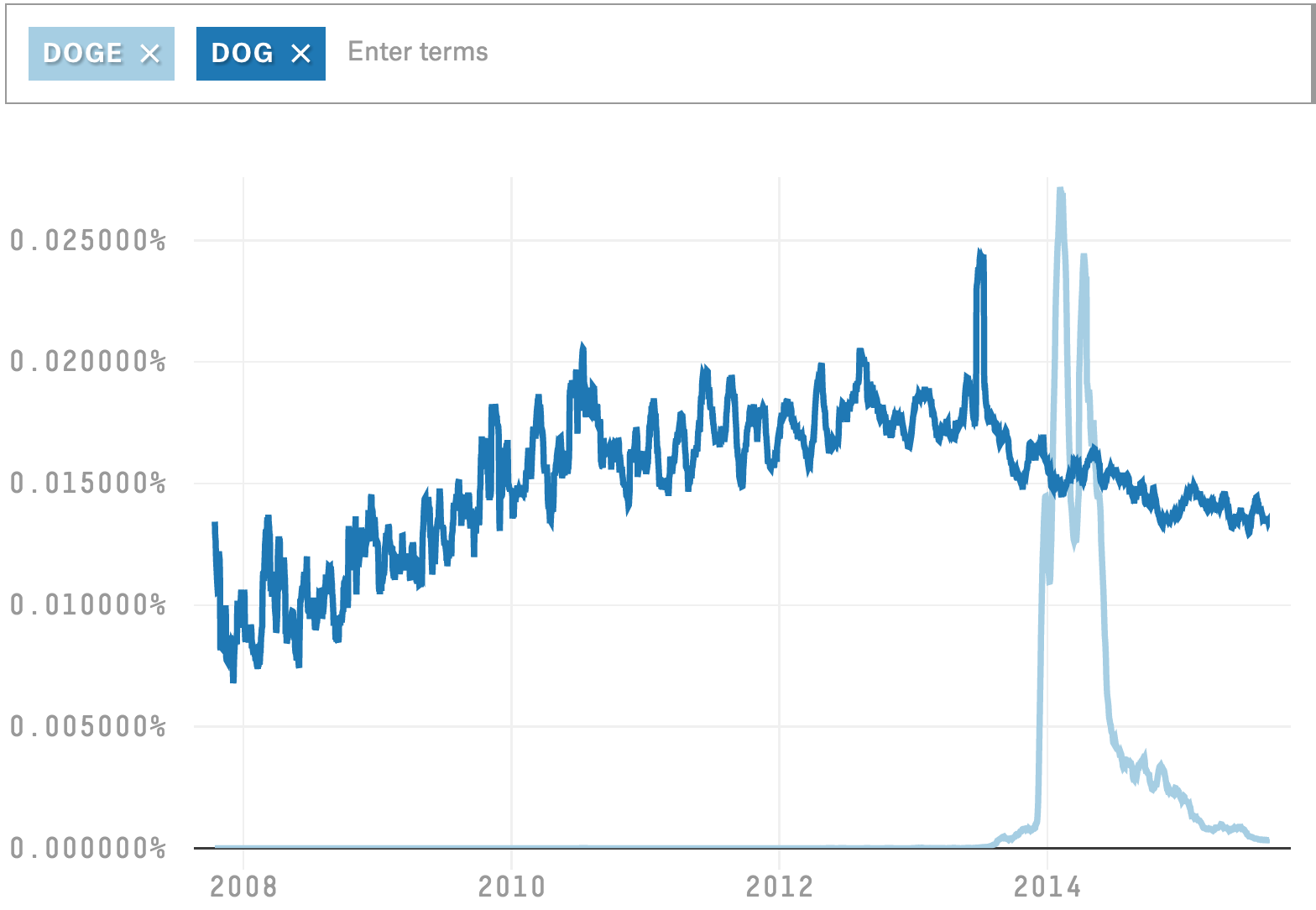 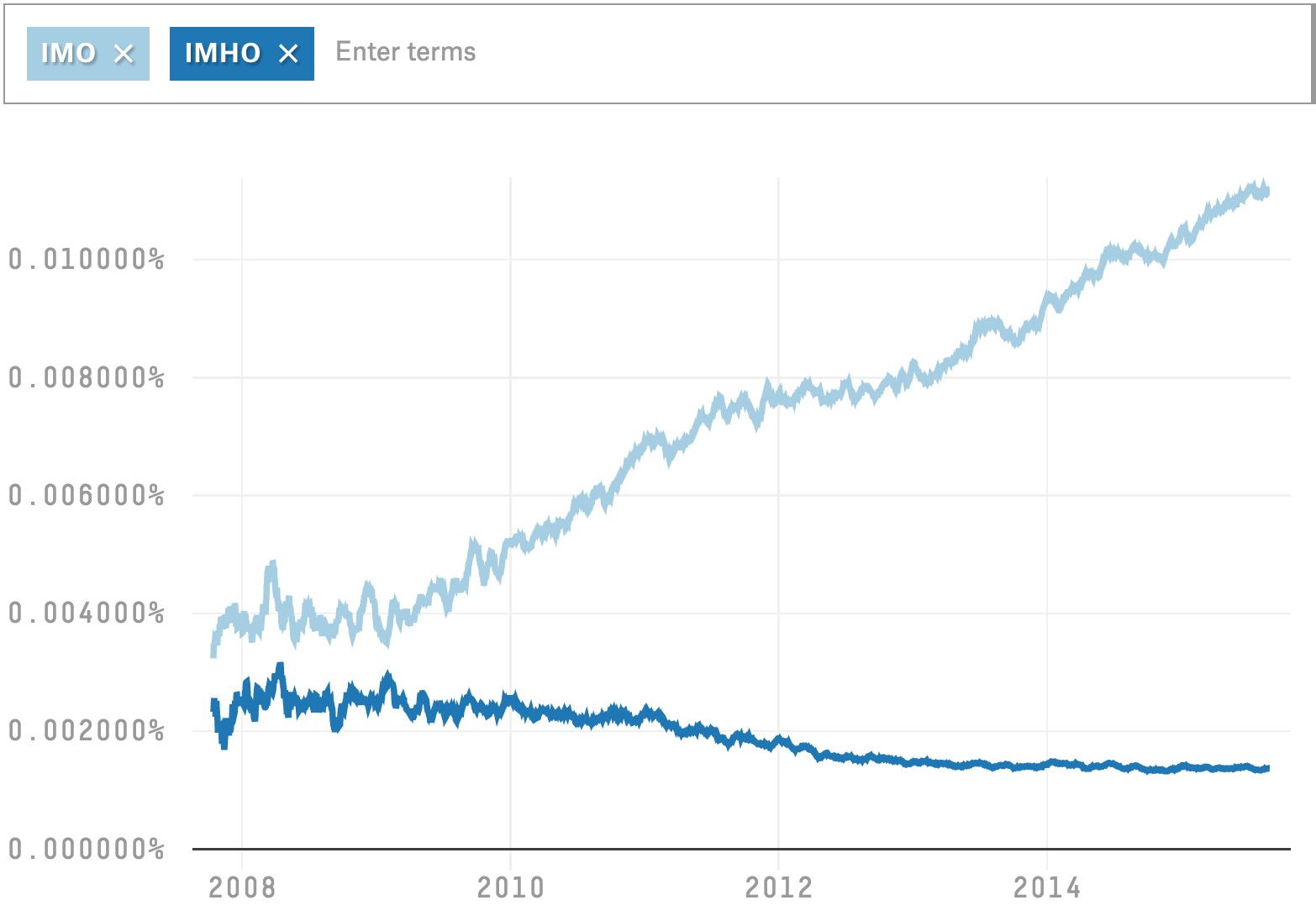 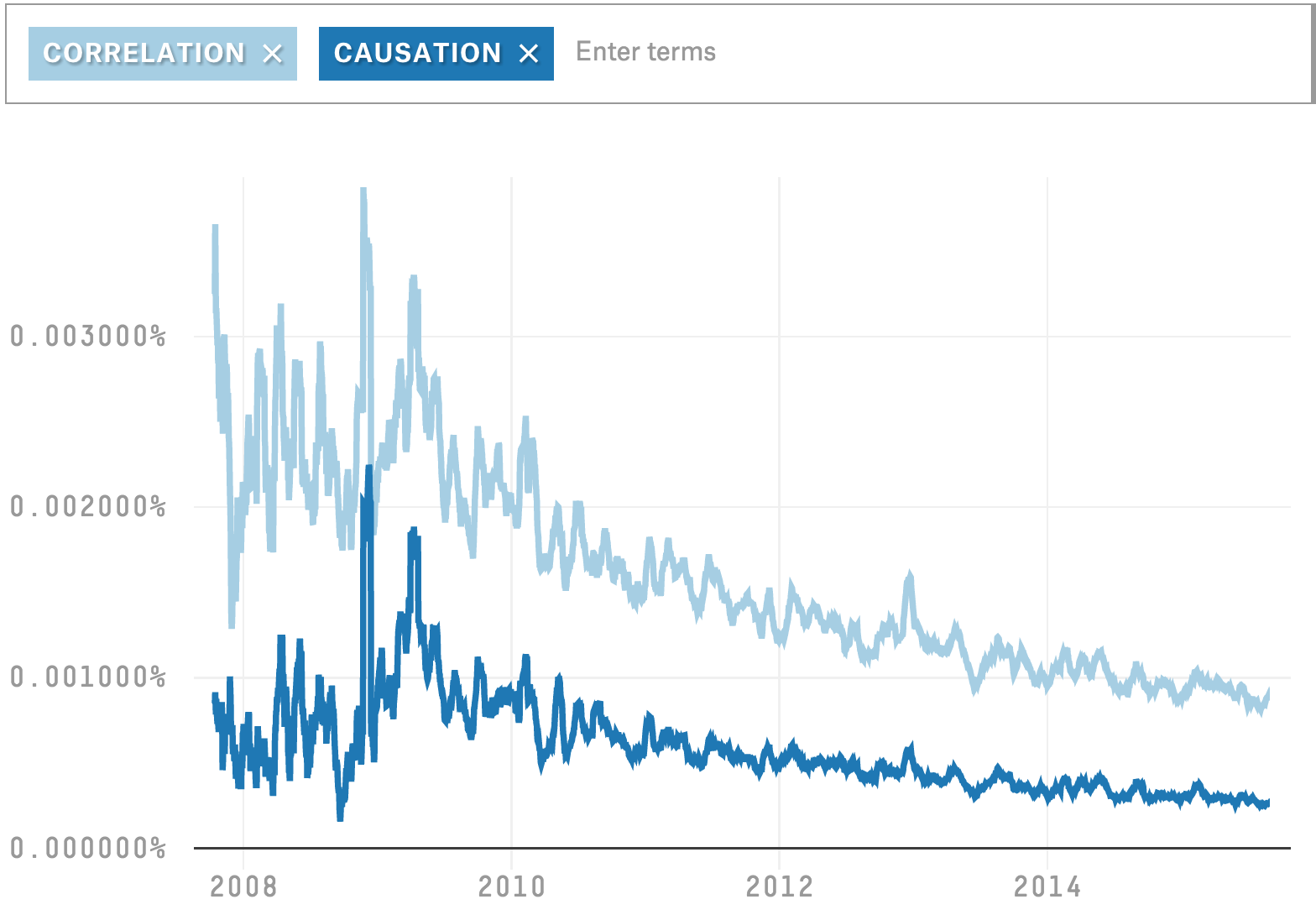 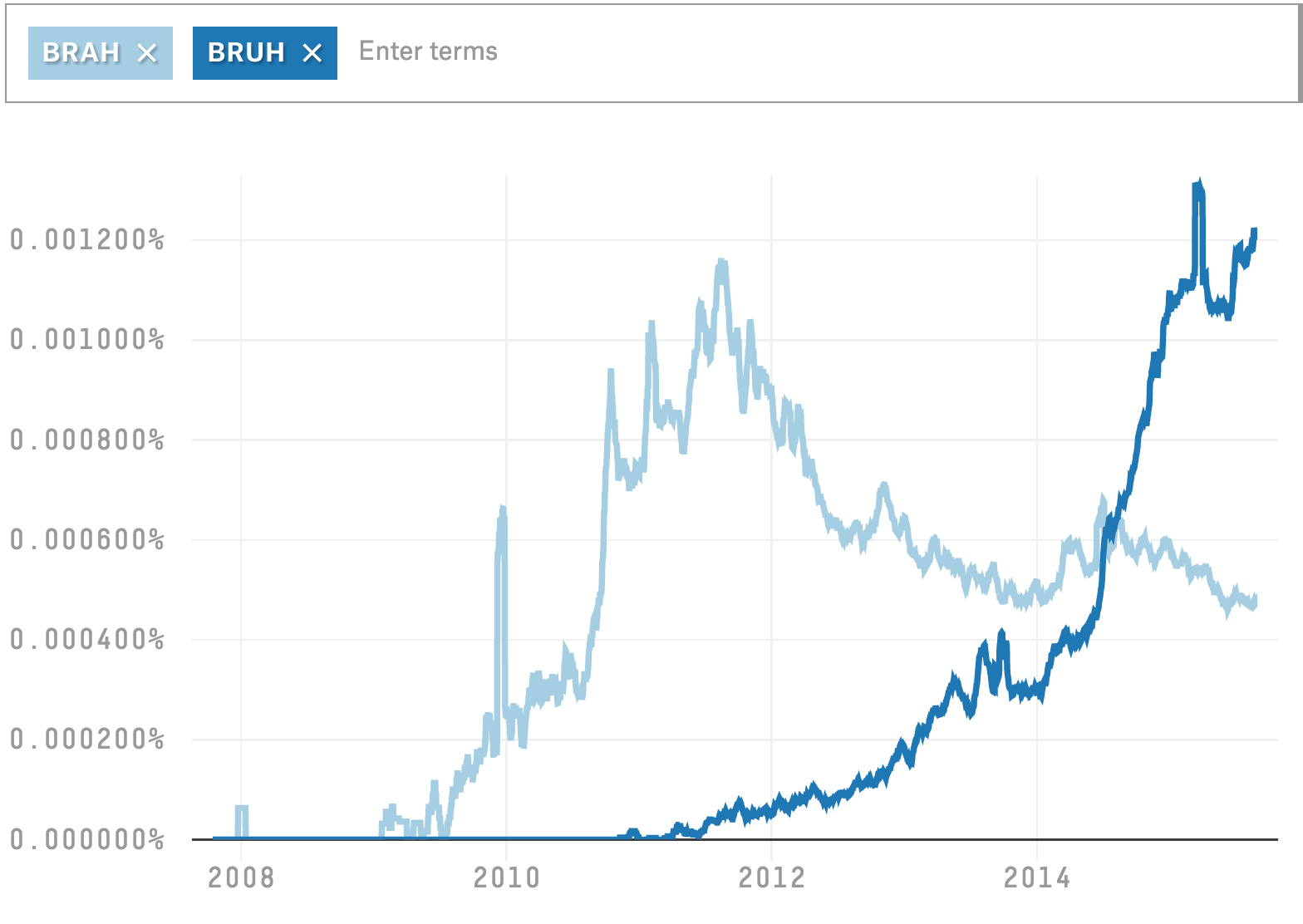 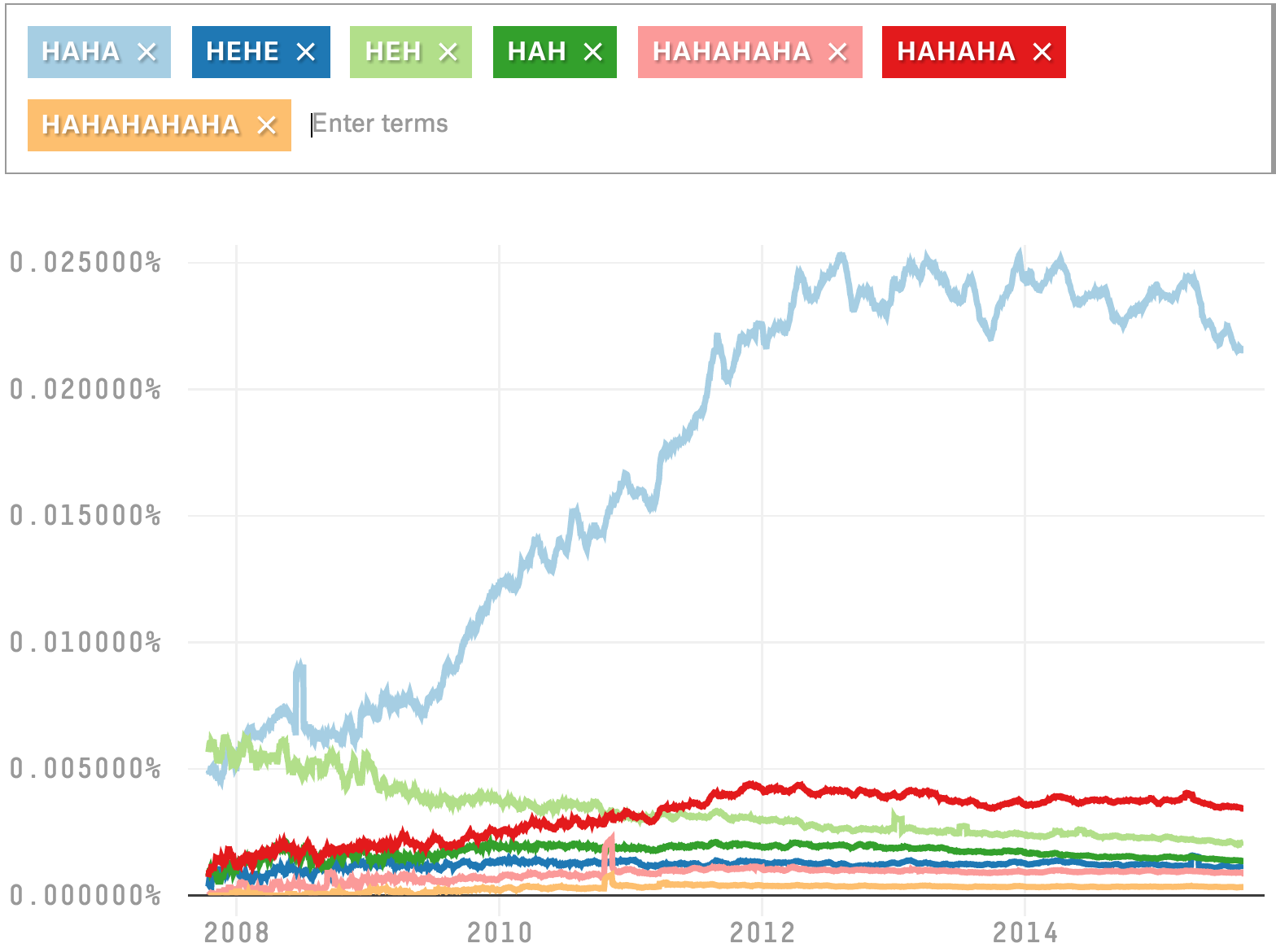 ARTISANAL vs. BESPOKE vs. HANDCRAFTED 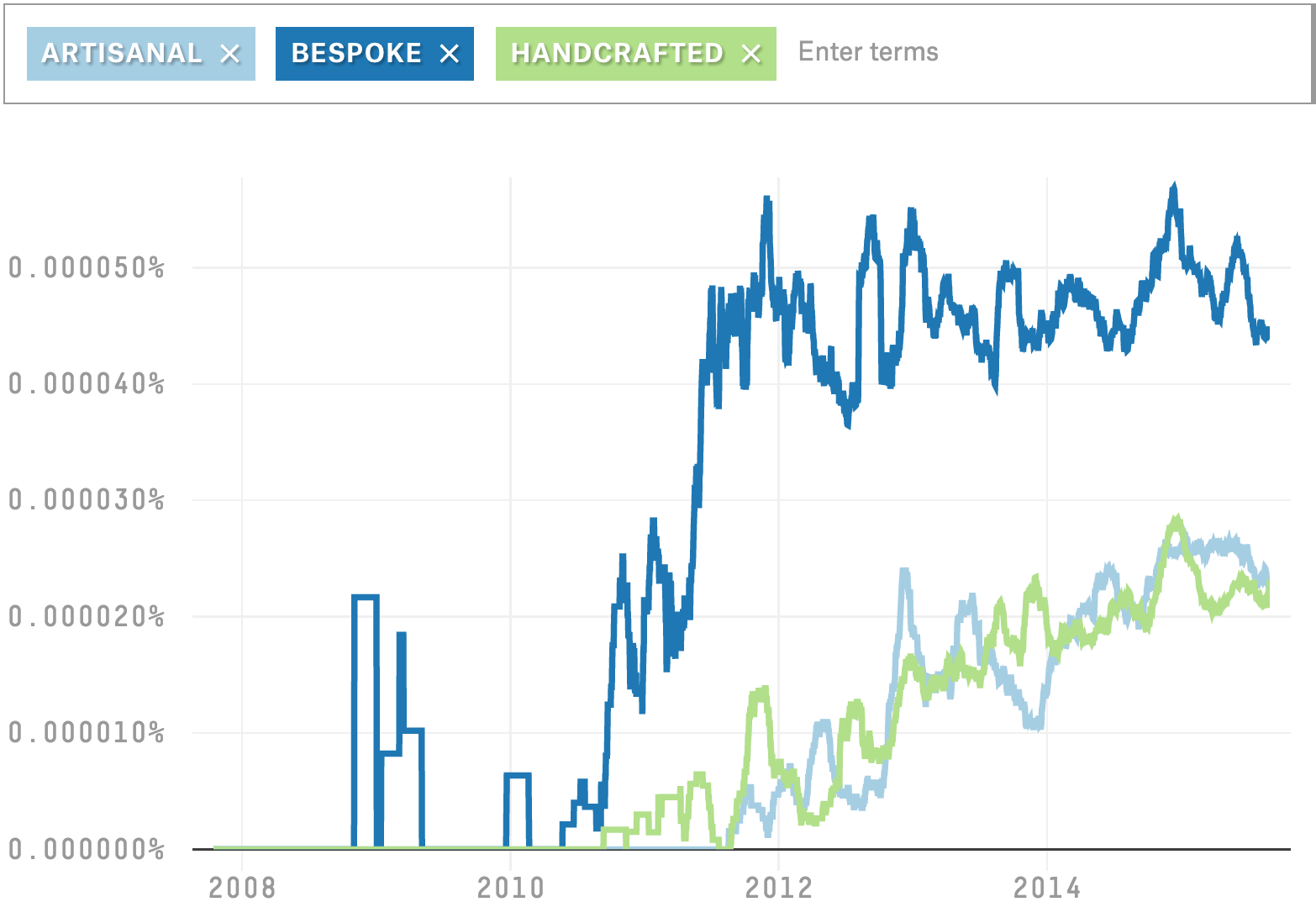 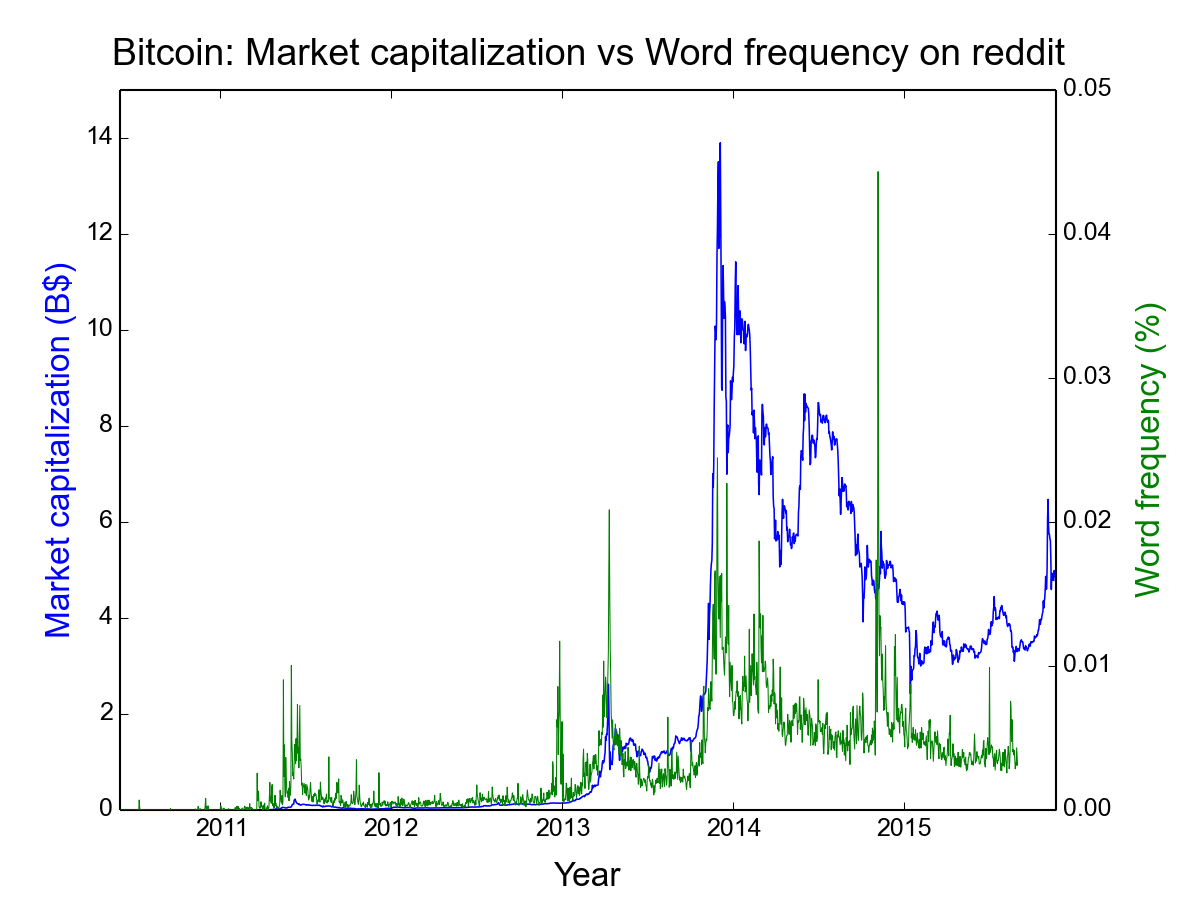 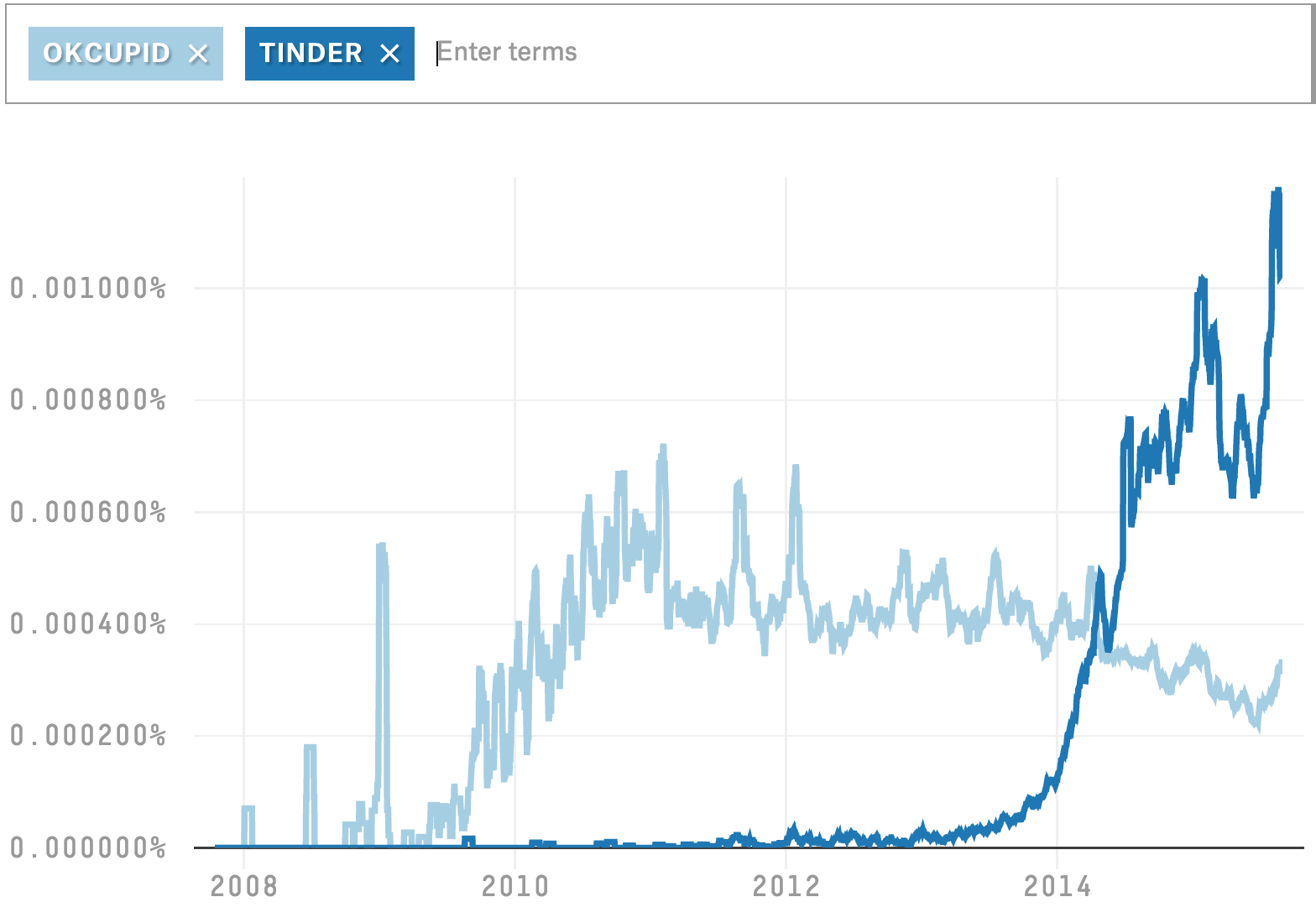 SPOTIFY vs. PANDORA vs. RDIO 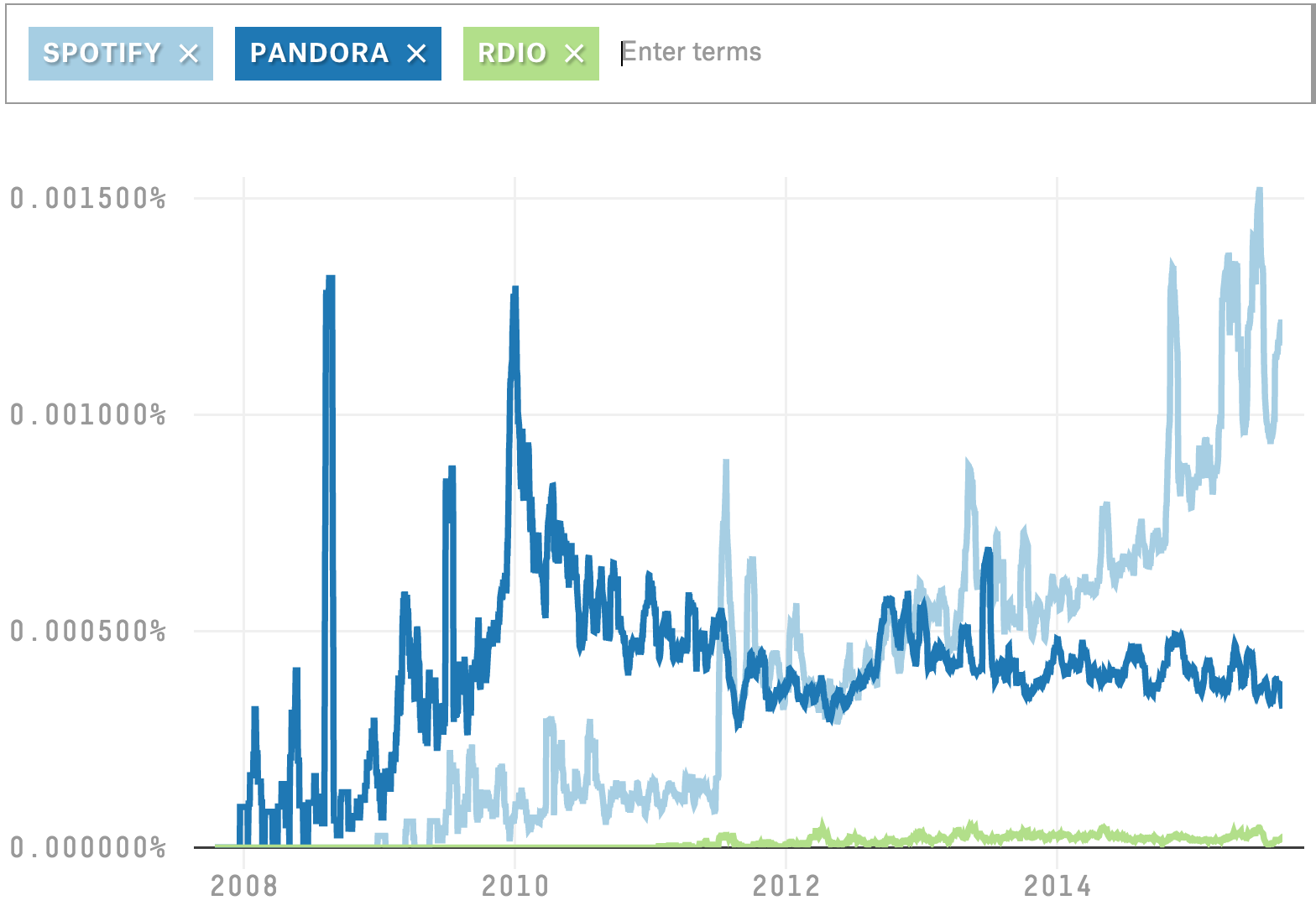