Olympic sprinter Oscar Pistorius, who fatally shot his girlfriend last year, testified Monday and Tuesday at his murder trial in South Africa. Pistorius has said he mistook Reeva Steenkamp for a home intruder. Beyond the celebrity status of Pistorius, the trial has brought worldwide attention to the crime in South Africa. 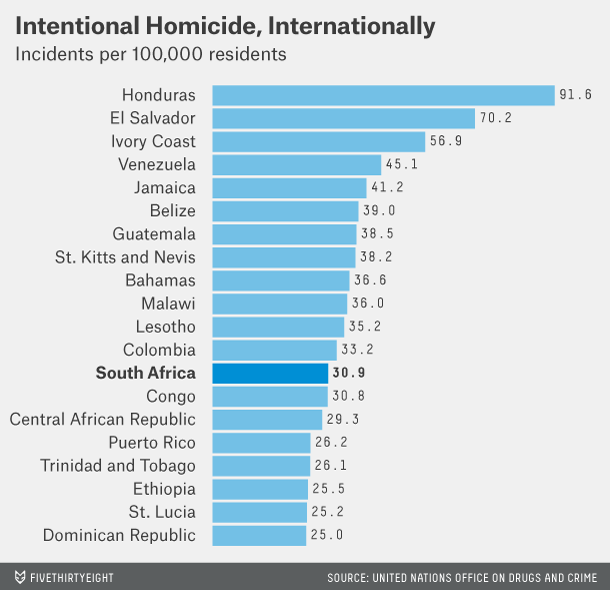 We can also look at different types of crime. The South African Police Service provides a detailed breakdown of 29 categories of crime. From April 2012 through March 2013, the five most prevalent categories were theft, burglary of a residential property, drug-related crime, assault with intent to inflict grievous bodily harm (GBH) and common assault. Of those, every category has fallen since 2003 with the exception of drug-related crimes, which have risen by 230 percent. 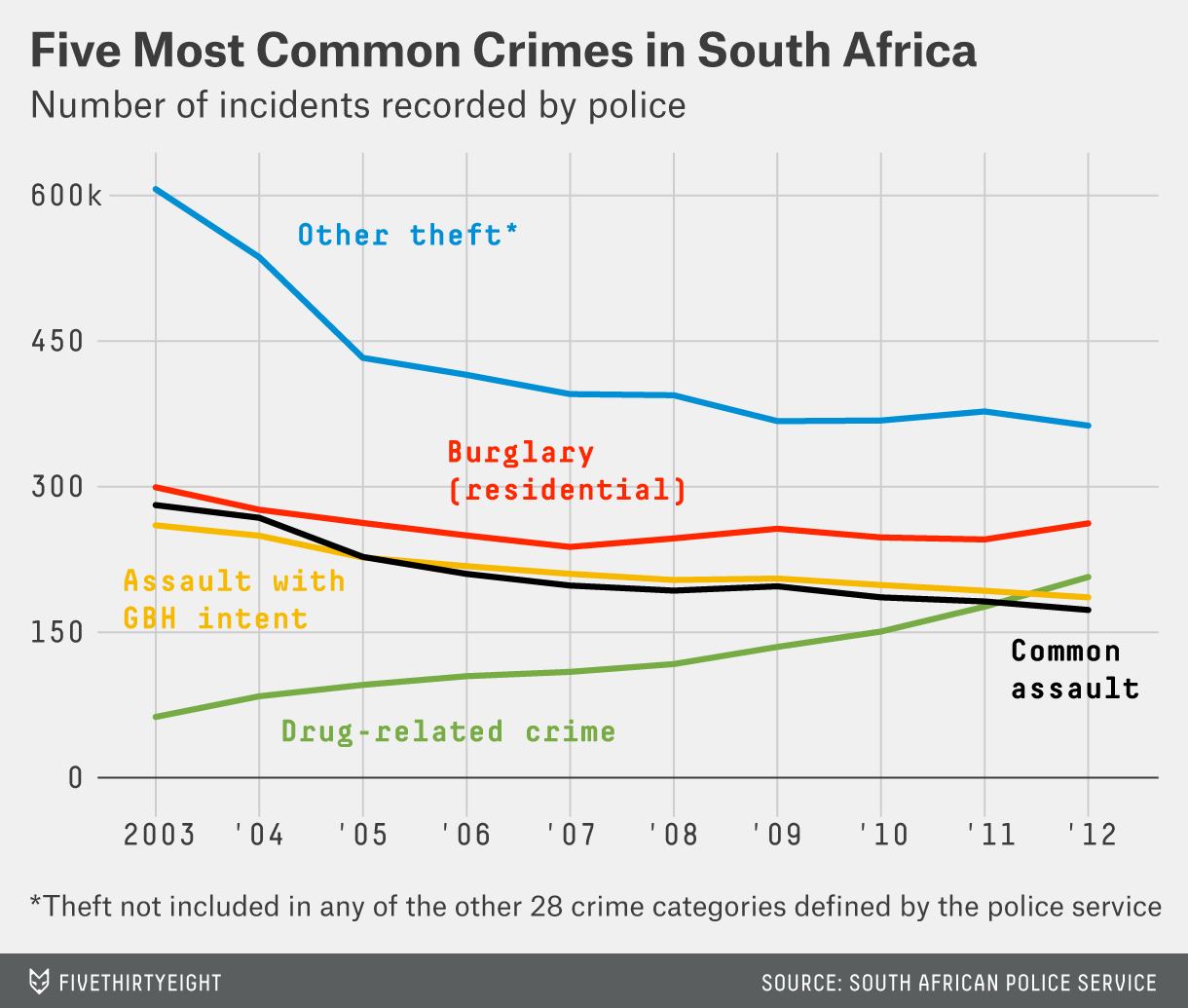 Looking at the absolute figures, the province of Gauteng has the most crime, with 600,926 incidents recorded in the year to March 2013 (Pistorius lives in Pretoria, which is in Gauteng). But to get a clearer picture, we used the latest census data for each province and normalized those figures by population size. On that measure, Western Cape has the most crime in South Africa, with 42.8 incidents per 1,000 residents. 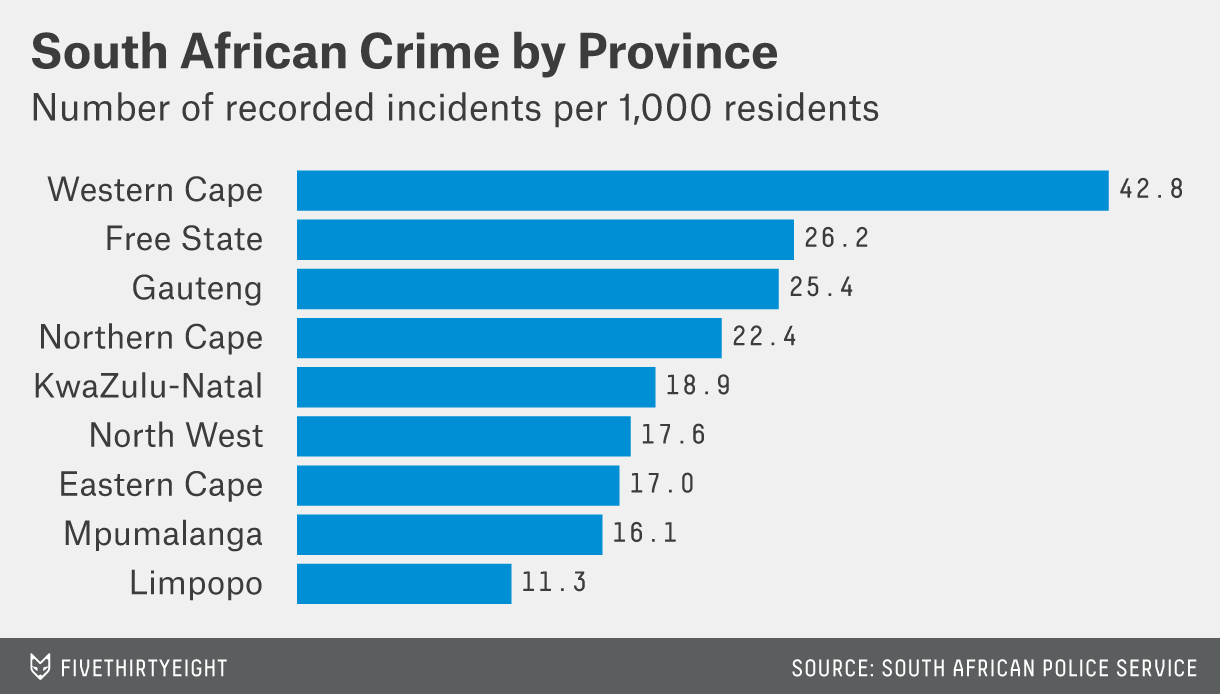