Pursuant to the prediction I made about Pennsylvania this morning, I decided to track another variable that might have implications for the outcome of the primaries: the level of activity that a candidate has in a given state. Specifically, I looked at the number of days that a candidate held an official campaign event in that state in the last 30 days before the primary, as according to the Washington Post Candidate Tracker. This turns out to have a statistically significant effect (if it didn’t, why would candidates bother campaigning? — they could do the Warren Harding thing). 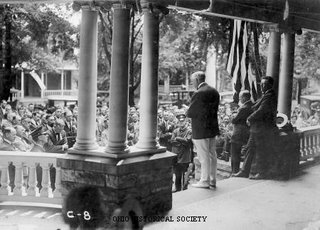