Taxes. Guns. Land. Drill. (“Drill, Baby, Drill!”) And Sarah Palin is One Of Us. That’s the message here in Nevada. Almost nothing about John McCain. Sarah Palin is running for de facto President. And “Signed, Sealed, Delivered” may close every Obama speech, but Palin bounded on stage just after it played. 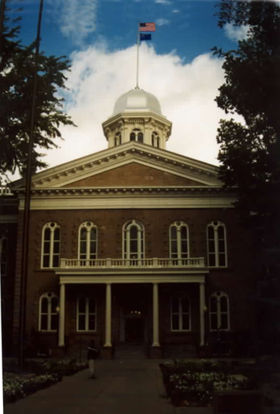 First off, the program was delayed by several hours, which allowed extra time to canvass the line for thoughts on the woman the crowd excitedly waited to see. Lots of first-time political rally attendees, though I strained to find independents. (Not that they necessarily weren’t there, they just may not have been as eager to openly discuss their ambivalence while standing in line.) Palin is a champion precisely because she seems to be common folk. That she’s just a regular person is not a minus, it’s a plus with this crowd. The Western anti-incumbency sentiment runs high, and when she repeatedly told the crowd that she was “gonna shake things up” in Washington, they roared.

Palin’s 17-minute speech was a brief run through of her time as Alaska governor, with nothing about Nevada-specific issues, no attacks on Obama-Biden (but two mentions of the need to help after Ike), and maybe one minute devoted to vouching for John McCain’s character, if not his policy positions.

Even if she doesn’t know what the Bush Doctrine is, she began with the Reagan Doctrine – “Government is not always the answer to the problem, government is the problem.” She said she’d eliminated personal property taxes in Alaska and cut taxes on small businesses. Despite the damaging and contradictory pieces in the New York Times and Washington Post already online by the time of the speech, she touted her ending of “the closed door policy” in Alaskan politics, and essentially her routing of the lobbyists, who apparently no longer have any power in her state.

She told the eBay untruth about selling her predecessor’s plane. After a brief run through of boilerplate – people can spend money better than government can – Palin said she’d “championed earmark reform” and had opposed the Bridge to Nowhere. The crowd exploded. She said she’d vetoed nearly half a billion in wasteful spending and, in contrast to Obama’s “ordinary Americans doing extraordinary things” rhetoric, Palin told the crowd that “America is an exceptional country, and you are all exceptional Americans.”

I’d decided to walk up and down the crowd talking to people about their experiences volunteering and their impressions of Sarah Palin rather than wait in line myself to get in. Oddly, despite hours of lines and lots of folks standing outside watching on a large screen, the Pavilion wasn’t full at all. I sauntered into the 2/3 full open-air arena 20 minutes before the brief speech and got relatively close. For those who remember the concern about Secret Service quitting the magnetometer search for an Obama speech earlier this year in Dallas, the same thing happened here. The program had started while perahps only 1,500 people had gotten inside, so they stopped the person-by-person check and removed the metal detectors so the crowds could stream in. When I strolled in, Secret Service was standing by the entrance, and scanned me with a look.

As for the introductory speeches, I listened for what was not said as much as what was. The big missing element: John McCain. Almost nobody talked about him. Rep. Dean Heller, who represents basically every part of Nevada that isn’t Vegas, did not mention McCain once in his speech. “They want to take your taxes!” he said, of the Democrats. And, of course, “she’s one of us.”

Sen. John Ensign, who runs the NRSC, actually called attention to his personal responsibility for making sure Republicans win Senate races this year, and called the Obama-Biden ticket “unthinkable.” “Since the Democrats took over Congress the last year and a half, the deficit has doubled. Doubled!” he railed. Ensign may have made a passing reference to John McCain, but he made one crucial point about the electoral strategy in the Silver State: George Bush beat John Kerry here because of the rural counties. Kerry won Clark County, though not by a huge margin, and Bush narrowly won the smaller Washoe County, where Reno and Sparks provide most of the population.

There was a protest by approximately 80 Obama supporters going on outside the Pavilion. They were loud, and clearly served their purpose of infuriating the 1,000-1,500 folks standing outside watching on the big screen. I watched as grinning University of Nevada College Republicans easily filled volunteer call time and canvassing sheets as the Obama folks did all the recruiting necessary.

Since it seemed so absurdly counterproductive to loudly chant “liar” over every speaker (bad manners backfire in many parts of the world, certainly in this one) I inquired with both the Obama protesters and with Obama’s field office whether this was coordinated in any way. Both told me no, and the Obama field office answer came with an eye roll. That gave me all I needed to know about what the campaign thought of the protesters spending a Sunday afternoon not making phone calls or knocking on doors and instead inspiring Republicans to work hard against them. 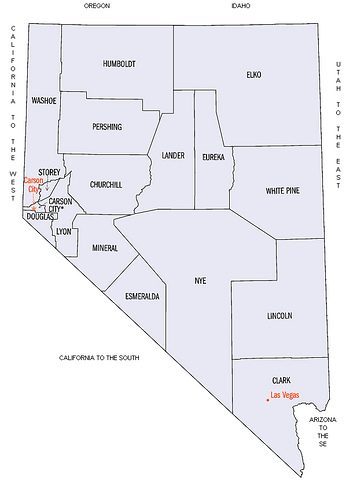 I met some Californians who had come up to lend a hand doing actual work for Obama, and I’ll have more on that story in the next post. But the big story of Carson City yesterday is that Sarah Palin has changed the trajectory of the race in Nevada. Given the tepidness of the conservative support for McCain from the folks I talked to all day waiting in line, Obama was probably headed for victory here without this pick. Other potential picks like Romney (despite the Mormon vote), Pawlenty and certainly Lieberman would have done McCain in for Nevada’s five electoral votes. With the Palin pick, it’s a coin flip.