“It was drizzling and mysterious at the beginning of our journey. I could see that it was all going to be one big saga of the mist. ‘Whooee!’ yelled Dean. ‘Here we go!’ And he hunched over the wheel and gunned her; he was back in his element, everybody could see that. We were all delighted, we all realized we were leaving confusion and nonsense behind and performing our one and noble function of the time, move. And we moved!” 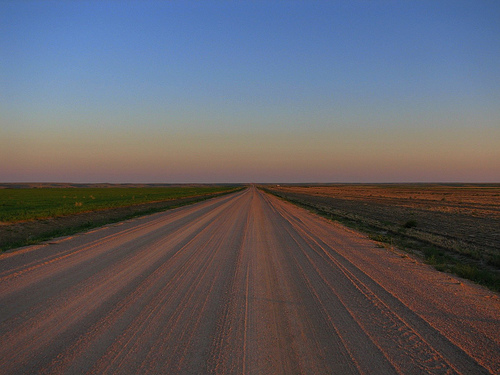 Five Thirty Eight is headed for the open road. We may have built a reputation for the numbers, but don’t be fooled: there is poetry in our souls. We are in the middle of an epic election, and for the final eight weeks we’ll be bringing you not only an intense daily polling menu, but also the story of the battleground states’ ground game.

You deserve that – you love this country just as much as we do, so consider it the least we could offer. At the end of this important day of remembrance, in the starry-dark Reno bare-mountain night, we’re officially posting notice of our series to come.

The story of the organizer and volunteer effort is one that needs to be told. It was much underreported in 2004 just how potently the Bush ground campaign organized. Say what you want about his governance – and we all have – but his competitive fire was lit for the election race. Republicans turned their voters out. Who’s got more heart this time? Missouri boys say: Show-Me.

This year, all available evidence suggests the Obama campaign is doing something unprecedented with its organizing efforts. Is it this: 29’2.5”? 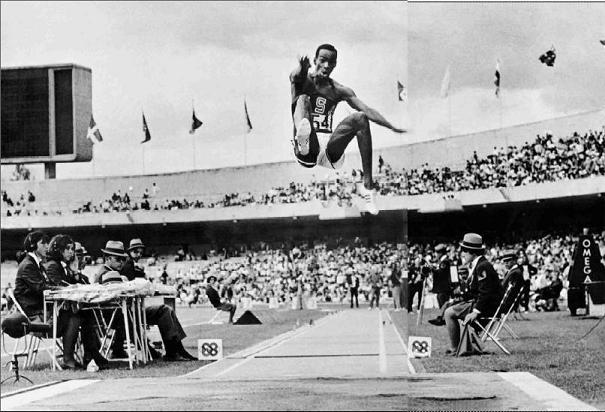 Is it Mexico City, 1968? The story seems to be hiding in plain sight. The effort is more reported than the Bush 2004 effort, but it is still underreported. More significantly, it is under-contextualized. Pollsters have to guess about turnout, and often they revert to more conservative estimates because their past modeling of likely voters suggests that’s correct. Besides, if ground games are equally effective, they should cancel each other out. There’s an understandable bias against believing something and modeling it until it is proven. It’s why big enthusiasm and GOTV can make up ground against a fully accurate poll of voter preference.

Just what is organizing? How does it work? What are the nuts and bolts? And why is it something a site primarily (but not exclusively) known for its polling analysis would want to cover as closely as possible?

And is the McCain campaign being given short shrift? Is it being taken too lightly? And what kind of galvanizing effect did the Palin addition offer the Republican base? This is not a one-sided story.

And it all deserves to be told in real time. We’re tempted to do a photo series of the floors of organizers’ rooms, but we think organizer moms and dads would freak out. There ain’t no lipstick on that pig, we can assure you (and once had our own crazy-stupid organizer floor mess).

And like the Temptations, we ain’t too proud to beg. Organizers, volunteers, candidate supporters along the way with their hospitality, absolutely (and bipartisan), but especially information. We want your stories, your inside scoops, and frankly, we want you to teach us what’s going on in your area on the ground. How is the national campaign interacting with the local grassroots groups? How are the downballot candidates coordinating with the presidential race effort? What’s different about this year than past years? And nineteen other questions not listed here. Tell us, o ye hockey moms: pocket99s at gmail dot com.

Here’s a note to the staff organizers we’ll meet along the way, for both sides. What you do is epic. This is not something people get into for money. The hours are absurd. The health toll is often obscene. The number of demands coming at you from all directions is often overwhelming. And we are not out there to get you folks in trouble. Talking to the press at the field level is verboten, for message control. We know. We respect. There is a built-in limit to what can be reported, a lot of it will come from savvy and observant volunteers. Paid field staff cannot even comment on blogs, which is one great secret as to why the general public hears so little about organizing. Yet it is the foundation of our democracy – people sacrificing themselves for something they believe in, something for America, this country that we love. Even when we don’t share your political views, we respect your direct action.

Finally, an appeal to all Americans, regardless of voting age or partisan bent: do something tangible. It is now or never. Fifty-four days. Do something that will make the face you see in the mirror on November 5 proud. Push yourself. Suck it up. Work for it. Make a sacrifice you would not otherwise make. Leave the confusion and nonsense behind and perform your one and only noble function of the time – move.

And now… to the road!

We are back in our element. Everybody could see that.