So it turns out that the Senate Democrats are not entirely happy about the Obama administration’s proposal to spend “only” $800 billion or so on the economic stimulus package, about $300 billion of which would be devoted to tax cuts. Not just any Senate Democrats are angry, moreover, but a series of VIPs who either hold either very prominent public positions (Harry Reid), command a great deal of respect on the Hill (Tom Harkin), are thought to be very close to Obama (Kent Conrad), or all of the above (John Kerry).

My question is: can Obama really be entirely surprised that this is happening? 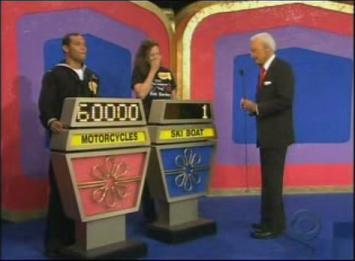 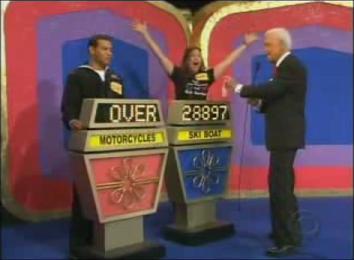 Now consider what Obama told CNBC the other day:

Obama also confirmed that he plans to lay out a roughly $775 billion economic stimulus plan on Thursday but indicated that the amount could grow once it gets taken up by Congress.

“We’ve seen ranges from $800 (billion) to $1.3 trillion,” he said. “And our attitude was that given the legislative process, if we start towards the low end of that, we’ll see how it develops.”

Obama isn’t picking these numbers out on accident. This range — $800 billion to $1.3 trillion — is most likely the range of outcomes that his administration considers acceptable. He says that “given the legislative process”, he’s deliberately chosen a number on the lower end of that range.

What does this mean? It means he wants the Senate Democrats to do his dirty work for him. All of the sudden, the administration, which is about to spend at least $800 billion, gets to play the role of the fiscally prudent tightwads, negotiating against the Senate Democrats. This has at least two benefits. One, it requires less of the administration’s political capital to sell the package. And two, it completely co-opts the conservative opposition. Unless you’re Paul Krugman or Greg Mankiw, you probably don’t really have any idea whether $300 billion or $800 billion or $1.2 trillion is the right amount to spend; the numbers are too large, the scope of the stimulus too unprecedented, to provide for any absolute frame of reference. So the frame of reference is relative rather than absolute. If you’re Mitch McConnell or Mary Landireu or Bob Corker and you see that John Kerry thinks that $800 billion is too little — well then, ‘gal darn it, this Obama fella must be doing something right.

Imagine instead that Obama had started out at $1.3 trillion, assuming that the conservatives in the Senate would negotiate him down. Then we have some big, old-fashioned brouhaha about economic philosophy, with Obama and the Senate Democrats lining up against the Blue Dogs and the Republicans. This strikes me as a considerably more dangerous negotiation, because while the Senate Democrats can set the ceiling if Obama starts too low, there is nobody really there to set the floor if he starts too high — the Republicans have no real imperative to compromise on any stimulus. Public sentiment, moreover, which now favors the stimulus, might easily have turned against it if there was some sticker shock on the initial price tag, and once public sentiment turns against something like this, it can be hard to put back into the bottle.

I call this a Price is Right negotiating strategy. When bidding on an item on The Price is Right, you want to come as close as possible to the item’s price without going over. But if you do go over, your bid is invalidated. Thus, it is worse to bid $1 too much than $100 too little. Here, analogously, the risks of overbidding seem to be considerably greater to Obama than the risks of underbidding.

Some of you will object: but why even worry about this whole bipartisan song and dance? Don’t Democrats have the votes to shove this thing through?

Actually, that is not completely obvious. The Democrats have plenty enough votes in the House, but in the Senate, they’ll need either one or two Republican crossovers to break a filibuster, depending on how the situations in Illinois and Minnesota are resolved. And they might need a couple more than that if they lose a Landrieu or a Lincoln. Now, I have argued before that a Republican filibuster is exceptionally unlikely on the stimulus. But this is on the assumption that both Obama and the stimulus itself are reasonably popular. If Obama were perceived as overreaching, on the other hand, the Republicans might have found it much easier to unite themselves against the proposal.

Until Obama takes the Oath of Office and actually stars doing stuff, it is easy for any of us to filter his actions through our preferred narrative about the incoming administration. Is this all some clever jujitsu negotiating ploy from the Boy Genius Campaign? Or is it a sign that the Obama administration just doesn’t get it, fetishizes centrism and bipartisanship, and will need constant babysitting from the noble netroots? Neither characterization is liable to be entirely accurate, of course.

But I’m more inclined to argue for the former on the case of the stimulus package. The median expectation a week ago seemed to be that we’d wind up with a stimulus of about $800 billion. Now the question seems to be whether we’ll end up at $800 billion or somewhat above $800 billion.

That doesn’t mean that those of you who think we need more than $800 billion ought to shut up about it (in fact, Obama’s whole strategy falls apart if you do). But for the time being, it would seem, that number has nowhere to go but up.